UCL is marking Holocaust Memorial Day, which takes place on 27 January, with a range of activities that students, staff and the wider community can take part in. To remember and pay tribute to the victims of the Holocaust, the Portico will be lit up all day on 27 January. 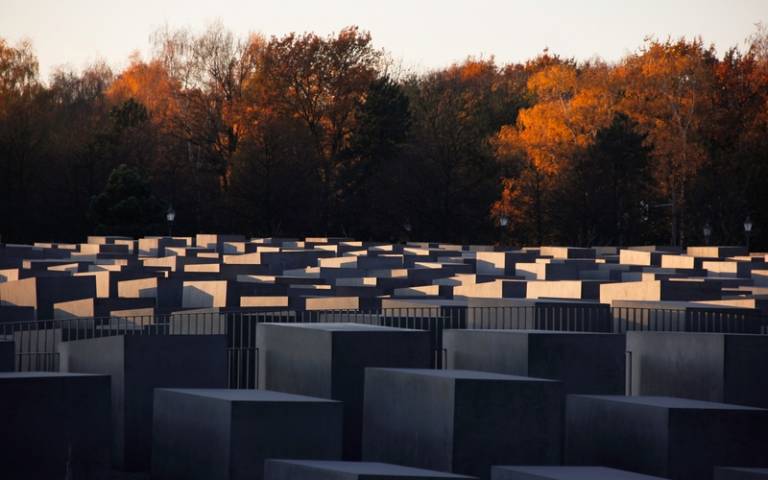 The role of music in the Nazi ghettoes and camps and the insight it offers into what people imprisoned in them were experiencing and how they responded will be the subject of a special UCL Lunch Hour Lecture on 26 January 1–2pm. Music on the Brink of Destruction will be given by Professor Shirli Gilbert (UCL Hebrew and Jewish Studies), who will explore the range of musical activities, both forced and voluntary, that took place through the Nazi era and present original songs from this period, giving a rich insight into victims’ experiences as they tried to make sense of their reality. The lecture is free, online and open to all.

The theme of Holocaust Memorial Day 2022 is ‘One Day’ and on 27 January UCL’s Department of Hebrew and Jewish Studies will lead an online commemoration with readings on the theme given by students. The commemoration takes place 1–2pm and all are welcome to sign up to join.

Please see below for more events and activities around Holocaust Memorial Day.

This webpage is being updated with additional events as they are announced. If you are hosting a UCL event for Holocaust Memorial Day that you would like included here, please get in touch.