Smaller nurseries in England are being bought up by profit-focused companies, without necessarily creating more places or investing more in staff, according to a major new study led by UCL researchers. 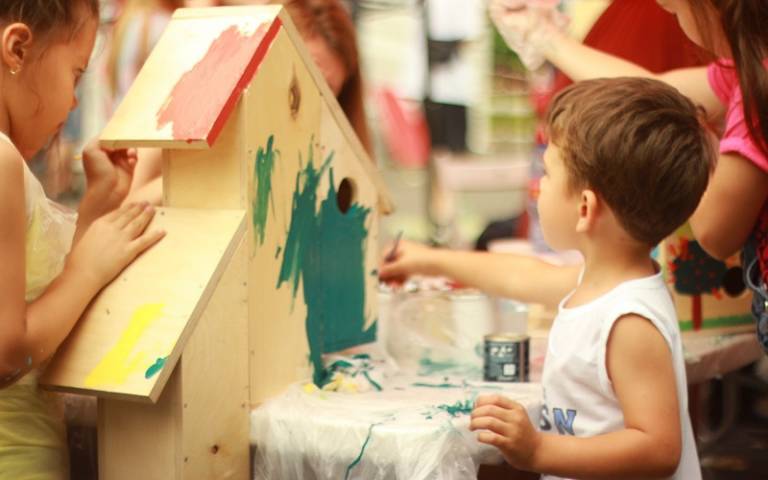 The report, co-authored by researchers from UCL, City, University of London and the University of East London and funded by the Nuffield Foundation, charts changes in early years childcare provision over the past two decades. It shows that large private-for-profit companies are heavily indebted, and their risky financial operating models could threaten the provision of nursery places.

The authors say that the nursery sector is at threat of being damaged in the same way the adult social care sector has been, with care home providers having to close down at short notice.

The authors say the findings are ‘very concerning’, given that the UK Government contributes an estimated £5.6 billion in funds and subsidies to support early years childcare and education in England.

Antonia Simon (IOE, UCL’s Faculty of Education and Society), Associate Professor and lead author of the report, explained: “Many of the companies that are able to buy up parts of the nursery sector, because of the government’s funding model, are heavily reliant on private equity funding and have growing debts and low to negative operating reserves, placing such provision at risk of collapse.

“The complex financial structures of these companies involve foreign investors and shareholders which are used, alongside public money, to expand their market share. While shareholders in the private equity companies and their senior executives’ may profit from investing in such companies, little of this money is being reinvested back into the sector.”

The findings highlight the stark contrast in the way not-for-profit childcare companies are run, with charitable nurseries supplying transparent accounts to the Charity Commission, compared to the more limited accounts larger private companies need to file with Companies House.

Not-for-profit companies cannot carry substantial debts and must also re-invest any surplus into the childcare business. The report shows that staff costs in these companies could be as much as 14% higher than in the for-profit childcare sector.

Other key findings include:

The report makes several recommendations and calls for policymakers to review the way the sector receives public funding, and, particularly, how disadvantaged families access provision. The authors suggest childcare companies consider having representation of parents and staff on the nursery management board so that their interests can be best represented. The government could also consider making staff and parental involvement in the management of nurseries a condition of childcare companies receiving public funding.

The authors also say the nursery sector needs to be more transparent and Ofsted should collect and publish information on who owns the nurseries including whether they are part of a chain, private, voluntary, or managed by the local authority.

Antonia Simon concluded: “If these nurseries collapse, as we have seen in the adult social care sector, children and families will miss out on vital and valuable early years care and opportunities and many nursery staff could lose their jobs. Urgent reforms must be made to the early years sector leading to greater transparency and accountability.”

“We recommend that state funding goes only to childcare companies that can provide accounting evidence that they have financial reserves and low risk of bankruptcy”.

Eleanor Ireland, Programme Head of Education, Nuffield Foundation, said: “These findings highlight the risks to the financial sustainability of private nursery provision – on which many parents and young children depend – posed by the increasing dominance of large companies that often have high levels of debt and which are not subject to the same level of accountability as voluntary and state-maintained providers. In light of the scale of public money given to these companies, there is a need to ensure it is deployed in the most effective way to provide high-quality, sustainable care for the children and families for whom it is intended.”

* Currently in England there is a universal entitlement of 15 hours of ‘free’ childcare per week during term time to all three- and four-year-olds and to disadvantaged two year olds.