People who identify as both LGBTQ+ and an ethnic minority have described their lived experiences of racism and homophobia in a new report co-led by researchers from UCL. 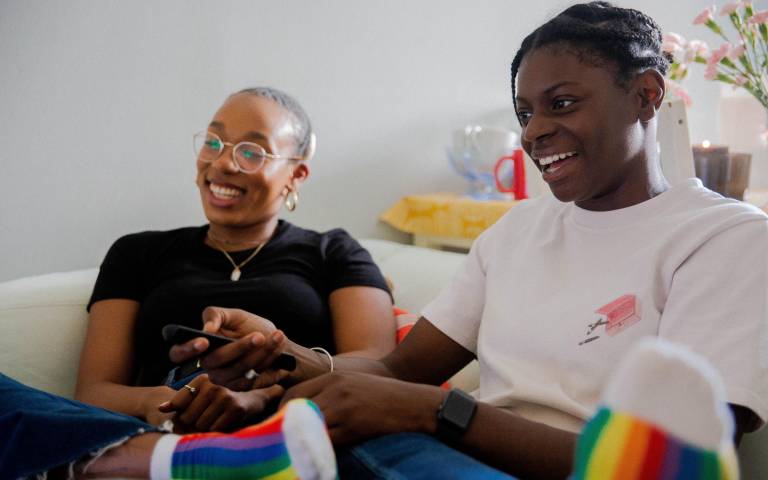 The experiences of 29 individuals who identify as LGBTQ+ from ethnic minorities in the UK have been published today. The report, funded by UCL, is the UK’s first major study to analyse the lived experiences of people living in the intersection of these minority identities.

Individuals spoke about experiencing racism on LGBT dating apps and physical spaces, as well as issues around coming out to families and ethnic minority communities. Some spoke about turning to their faith for support while others discussed being asked to leave places of worship due to their sexuality. Many participants spoke about mental health challenges including barriers to accessing medical care.

One individual spoke of how people who are both sexual and ethnic minorities are not represented in UK media. This led to the view: “I think that society just refuses to accept that we exist.”

Dr Victoria Redclift (IOE, UCL’s Faculty of Education and Society), Principal Co-investigator, said: “People from minority ethnic groups in the UK experience racism which has been shown to have significant health implications. Sexual minority individuals in the UK also experience discrimination which is thought to worsen health outcomes in comparison to heterosexuals. Yet, until now, no study in the UK has comprehensively examined health and wellbeing in ethnic and sexual/gender minority individuals.

"More research in this area is vital if we are to better understand the experiences of ethnic and sexual/gender minority young people and the severity of risk in regard to mental health and wellbeing.”

Lead author Dr Amal R. Khanolkar, formerly at UCL but now based at King’s College London, said: “This project highlights several diverse issues (some with long term effects on health and wellbeing) that arise from the intersectionality of living with multiple minority identities. This is despite considerable progress in sexual minority rights and acceptance that has not necessarily benefitted all equally.

"Importantly, it shows that despite rhetoric on addressing ethnic- and sexuality-based inequalities, individuals with more than one minority identity tend to be left behind by government policy and wider society. Nonetheless, our report shows that a lot can be done to address issues raised by our participants, from increasing awareness in wider society and more visibility to improving access to healthcare.’’

Twenty-two of 29 participants mentioned an explicit experience of racism from within the LGBTQ+ community as well as wider society. Many spoke about experiencing racism and stereotyping in the LGBTQ+ community. One individual, who identified as a Chinese bisexual man, said: “I do notice a lot of dating preferences, like racial preferences ... Quite a lot of gay guys will say explicitly that they don't want anything to do with Asians.”

A Pakistani gay man described how beauty standards for queer men are rooted in whiteness. He added: “I don’t think ethnic minorities are as desirable in that community, in terms of seeking out romantic or sexual relationships.”

Further, some participants felt being marginalised in the LGBTQ+ community, largely due to the dominance of white gay men but also due to the lack of ethnic minority and LGBTQ+ specific groups.

One participant said: ‘’...there’s the whole umbrella term LGBTQIA but the representative, the person who is in the majority, the poster boy, is cis gay white men so then other identities are less visible. So, if you say ‘think of a gay person’, you’d probably think of a gay, white man rather than a gay British Chinese man.”

Accessing support was a key theme in the study. Many participants spoke about not being able to access appropriate support or finding their therapists unable to understand the nuances of their multi-faceted identity. In the study, 26 of 29 participants mentioned past or present experiences with mental ill-health (most commonly depression and/or anxiety).

However, the study also documented their positive experiences in finding kinship among their community, pride in identifying as LGBTQ+ and finding support online.

A participant who identified as White-Black Jamaican, gay, said: “Finding other LGBT people has been very good for me. And finding a community that isn't completely white so that people can understand some of my experiences, even if they don't understand, even half of them, finding people to be friends with who aren't White has just been very good because they get it to some extent.”

Researchers also noted that the fate of the UK government’s comprehensive 2018 LGBT Action Plan remained uncertain. They said there was an opportunity for an updated agenda to specifically address ethnic minority related issues.

The study was funded by a UCL Health of the Public grant, which supports innovative interdisciplinary collaborations to improve public health.

The study represents a collaboration between the MRC Unit for Lifelong Health & Ageing at UCL and the Social Research Institute at IOE, UCL’s Faculty of Education and Society.