A national study led by UCL researchers is investigating whether a readily available anti-sickness drug could treat dementia-related hallucinations. 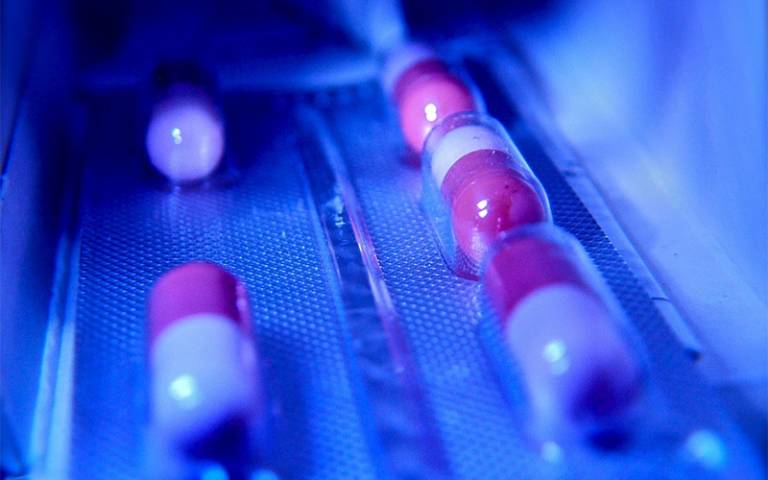 The Trial of Ondansetron as a Parkinson’s HAllucinations Treatment, or TOP HAT study, is now recruiting volunteers across England, Scotland and Wales to evaluate whether ondansetron, an anti-sickness drug used in the NHS for cancer patients, could also be used for treating hallucinations in people with Lewy body dementia or Parkinson’s disease.

Hallucinations affect up to 75% of people with Parkinson’s and Lewy body dementia at some point during their condition. They can be extremely distressing and sometimes result in a person becoming confused, frightened, or in need of support.

Ondansetron has previously shown promise for treating hallucinations and with the drug already being used in the NHS, dementia researchers are excited to explore its full potential.

“It is really important that we identify and test alternative treatments, and given that ondansetron is already used in the NHS, it’s possible we could have an effective treatment available in a fraction of the usual time.”

Dr Beckie Port, Head of Research at Parkinson’s UK, added: “While most people will be familiar with the motor symptoms of Parkinson’s, like tremor and slowness, non-motor symptoms like pain, sleep problems and hallucinations are very common.

“Hallucinations can have a huge impact on quality of life and can be incredibly distressing for the individual and their loved ones, so this research is a really positive step forward to finding more effective treatments.”

TOP HAT is a rapidly expanding phase II clinical trial funded by Parkinson’s UK. There are approximately 30 study sites open in England, Scotland and Wales, with many more due to open soon to enable the research team to recruit 216 study participants.

If chosen for the study, participants will be randomly allocated to receive ondansetron, the study drug, or the placebo (a dummy drug). TOP HAT is a double-blind study, which means neither participants or the clinical team prescribing the study drug and placebo will know which treatment is being taken.

Participants will be able to take all of the medication for this study at home, as the study drug or placebo will be delivered directly to their address with clear instructions on how to take them.

The study lasts for approximately 24 weeks. Participants will take the study drug or placebo tablets for 12 weeks and there will be further follow-ups for 12 weeks after they finish taking the medication.

During the study, people will be asked to complete a range of study assessments, including questions about hallucinations and any other symptoms they are experiencing, and how they impact on quality of life.