Warming climate and agriculture halve insect populations in some areas

Climate change and intensive agricultural land use have already been responsible for a 49% reduction in the number of insects in the most impacted parts of the world, finds a new study by UCL researchers. 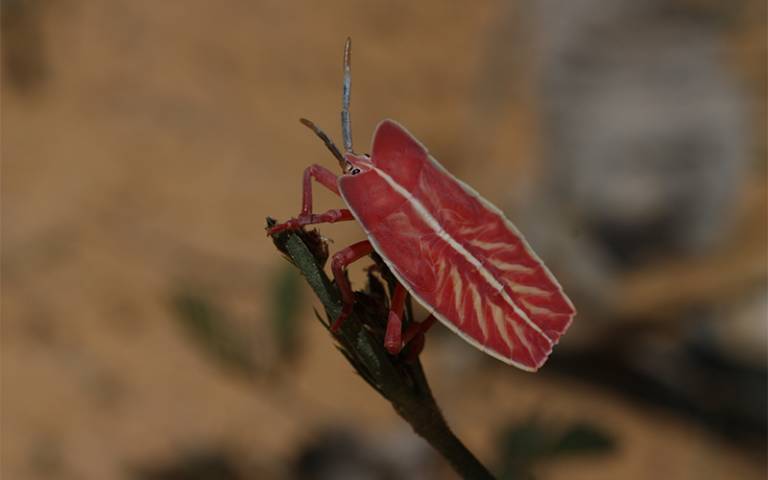 The study published in Nature is the first to identify that an interaction between rising temperatures and land use changes, is driving widespread losses in numerous insect groups across the globe.

“Losing insect populations could be harmful not only to the natural environment, where insects often play key roles in local ecosystems, but it could also harm human health and food security, particularly with losses of pollinators.

“Our findings may only represent the tip of the iceberg as there is limited evidence in some areas, particularly in the tropics which we found have quite high reductions in insect biodiversity in the most impacted areas.”

The researchers analysed a large dataset of insect abundance and species richness from areas across the globe, including three-quarters of a million records for nearly 20,000 insect species.

The team compared insect biodiversity in different areas depending on how intensive agriculture is in the area, as well as how much historic climate warming the local area has experienced.

They found that in areas with high-intensity agriculture and substantial climate warming, the number of insects was 49% lower than in the most natural habitats with no recorded climate warming, while the number of different species was 29% lower. Tropical areas saw the biggest declines in insect biodiversity linked to land use and climate change.

The researchers found that in areas of low-intensity agriculture and substantial climate warming, having nearby natural habitat buffered the losses: where 75% of the land was covered by natural habitat, insect abundance only declined by 7%, compared to a 63% reduction in comparable areas with only 25% natural habitat cover. Many insects rely on plants for shade on hot days, so a loss of natural habitats could leave them more vulnerable to a warming climate.

The researchers say that insect declines due to human influences may be even greater than their findings suggest as many areas with long histories of human impacts would have already seen biodiversity losses before the start of the study period, and the study also did not account for the effects of other drivers such as pollution.

Senior author Dr Tim Newbold (UCL Centre for Biodiversity & Environment Research) said: “The environmental harms of high-intensity agriculture present a tricky challenge as we try to keep up with food demands of a growing population. We have previously found that insect pollinators are particularly vulnerable to agricultural expansion, as they appear to be more than 70% less abundant in high-intensity croplands compared to wild sites.* Careful management of agricultural areas, such as preserving natural habitats near farmland, may help to ensure that vital insects can still thrive.”

Joint first author Peter McCann, who conducted the research while completing an MSc at the UCL Centre for Biodiversity & Environment Research, said: “We need to acknowledge how important insects are for the environment as a whole, and for human health and wellbeing, in order to address the threats we pose to them before many species are lost forever.”

UCL Centre for Biodiversity & Environment Research scientists are at the forefront of research into human impacts on the planet, such as by developing the science underpinning the IUCN’s Red List that quantifies extinction risk, and discovering that changes to land use may be increasing the risks of disease outbreaks like Covid-19 that jump from animals to humans. The centre’s new interdisciplinary People and Nature Lab is developing innovative approaches, such as citizen science programmes and employing artificial intelligence, to tackle these urgent global challenges and foster a more sustainable relationship between people and nature.**

The research was supported by the Natural Environment Research Council and the Royal Society.