Cancer is seen as the top health concern among non-infectious diseases, according to a report by UCL academics finding that most British adults will want blood tests for cancer once they are available. 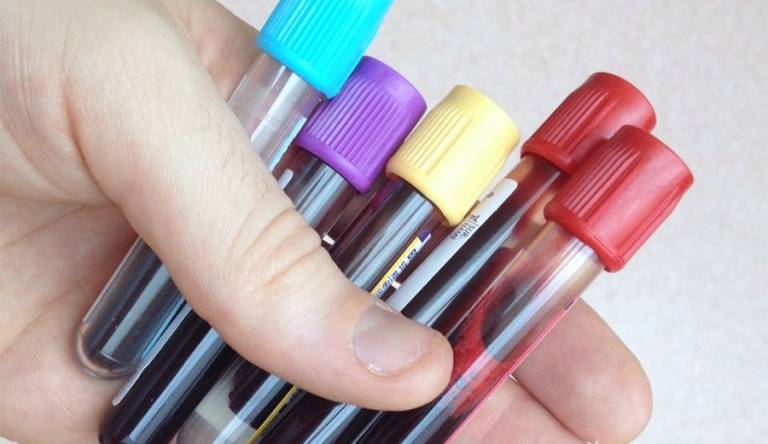 The report reveals high public demand for innovative diagnostic technologies such as single blood tests for multiple forms of cancer and access to optimally effective cancer treatments. The priority given to better cancer care links to the fact that 40% of adults say their lives have been changed because people important to them have been harmed by cancer.

The researchers also estimate that despite the efforts of the NHS to maintain cancer services in 2020-21, in the order of 10,000 people will die of cancer substantially earlier than would have been the case had Covid-19 not impacted the UK.

The report presents the results of the second UCL School of Pharmacy Cancer Policy Project survey on British public attitudes towards cancer research and treatment. In May 2021, 2,096 UK adults were surveyed by the research consultancy Yonder on behalf of the UCL academics, for a study sample that was weighted to be representative of the overall population.

The researchers found that three out of four (75%) people say, when single blood tests for multiple forms of cancer become available, they will want to be regularly tested. The quarter of adults who are hesitant about accepting cancer testing tend to be relatively young and members of ethnic minorities. The researchers found that these people are also more likely than others to say they are hesitant about accepting NHS recommended vaccines and to say that climate change is not a threat to human survival.

Over a third (36%) of adults think that if they or members of their families develop cancer the NHS care available will be world-class. A further 40% believe their NHS care will be as good as that anywhere else after their cancer has been diagnosed. 24% of the population think their NHS cancer treatment would be suboptimal, including a small minority – 5% of the total – who say they fear it would be poor. Almost nine out of 10 (86%) think that people aged over 70 have as much right to effective cancer treatments as anyone else.

Report co-author Professor David Taylor (UCL School of Pharmacy) said: “Since early 2020 most people have been primarily focused on the threat of Covid-19. But as the pandemic becomes better controlled by vaccines, medicines and other public health measures, cancer is re-emerging as the UK public’s top health priority. The immediate challenge is to reduce NHS waiting lists. Yet to retain British public confidence up to the next general election policy makers will also need to restore progress in cancer research, prevention and medical and social care improvement, despite the economic impacts of Brexit and Covid-19.”

Key policy opportunities proposed by the report authors include:

Co-author and cancer clinician Professor Mark Emberton (Dean, UCL Faculty of Medical Sciences) concluded: “I strongly support the efforts being made to re-awaken public awareness of the value of early cancer diagnosis and to encourage people to report unusual symptoms to their doctors, even if they seem minor. But there is only so much this can achieve without more investment in better diagnostic services and optimal access to effective new treatments for all stages of cancer. Our research should remind politicians that the UK public wants the NHS to be a global leader in cancer care.”