Predicting a riot: social inequality leads to vandalism in experiments 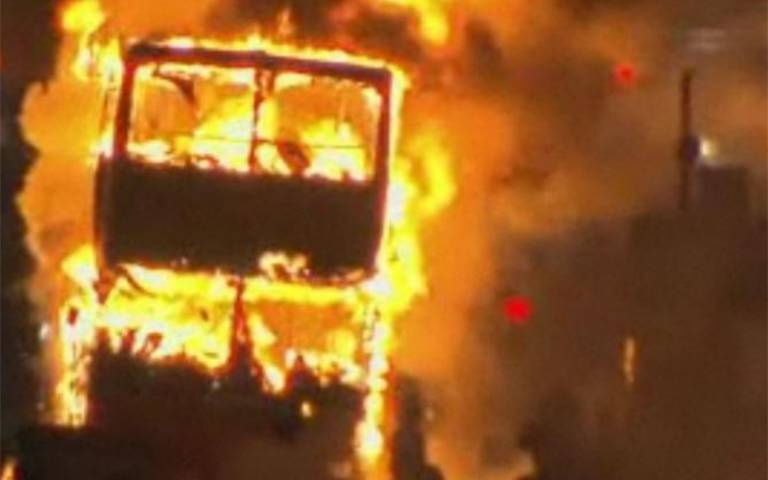 The project, funded by the Nuffield Foundation, was conceived following the London riots of 2011, as researchers sought to understand the origins of antisocial group behaviour. The findings are published today in Proceedings of the Royal Society B.

Lead researcher Professor Daniel C. Richardson (UCL Psychology & Language Sciences) said: “We have been seeking to understand why people take part in riots, a behaviour that can be seen as ‘societal self-harm’; typically in riots people are damaging their local environments while putting themselves at risk of injury or arrest, without having anything to gain from their actions.

“Different explanations for rioting often fall under three camps: the ‘bad apple’ explanation that blames individual criminality, the social identity explanation wherein rioters have a shared problem and see collective action as a means for change, and the relative deprivation explanation where people see a gap between what they have and what they feel they deserve.

“Our findings have added weight to the social identity and relative deprivation explanations for collective violence, while suggesting that individual criminality may not necessarily be involved.”

In a series of 19 experiments with a total of 171 participants, two groups at a time played an interactive mobile game called Parklife where, as teams, they developed a virtual park.

Half of the time the game was rigged in favour of one team, which became apparent as both groups could see each team’s park displayed on a screen. As the disadvantaged team noticed this, they grew frustrated, and then started to vandalise the other park. Vandalism was built into the game as an option, but was self-destructive as it took time away from improving the team’s own park. Disadvantaged teams had to work twice as hard to build, but it was just as easy to vandalise for either team.

In the unequal games, the disadvantaged team vandalised more of the other team’s park features, while also building fewer of their own features, as they had been diverting their efforts to vandalism instead.

Participants were only engaging in vandalism when there were others on their team continuing to build their own features, which the researchers say demonstrates a spontaneous coordination of activity across the team (even though they were not allowed to talk to one another).

The researchers did not find that differences in personal attributes – such as political affiliation or social group – explained the rates of vandalism, although the researchers did find that when people were told about characteristics of their teammates, they responded more strongly to inequality if they believed themselves to have things in common with their team.

Professor Richardson said: “Here we show that collective group behaviour can emerge even with weak social identification, that is, when randomly assigned to a group of strangers.

“As we found no evidence that a particular personality or demographic type is solely responsible for intergroup conflict, we find that collective violence is not just caused by particular types of people. Riots are made from situations, not types of people, suggesting that it would be wrong to demonise those involve in a riot instead of investigating the root causes.

“Instead, we found that inequality between groups has a direct, causal effect on intergroup conflict, suggesting that reducing economic inequality could play a role in maintaining public safety.

“Next, we hope to study how people may respond differently to experiences of social inequity depending on their own social membership and life histories.”

Catherine Dennison, Welfare Programme Head at the Nuffield Foundation said: “By using innovative methods, this research helps us to better understand what influences collective violence and how inequality can shape people’s behaviour. This adds to the growing evidence base on the impacts of inequality on people’s outcomes, including their health, education and overall wellbeing.”

The study, conducted by researchers at UCL and Université Clermont Auvergne, CNRS, LAPSCO (France), was funded by the Nuffield Foundation with support from a British Academy Newton International Fellowship and the Agence Nationale de la Recherche of the French government.