Opinion: Taliban face many obstacles to governing – not least their violent methods

Over the past 20 years Afghanistan has changed and so the repressive measures of the Taliban can only do so much to subdue a defiant public, says PhD candidate Kambaiz Rafi (UCL Bartlett Development Planning Unit). 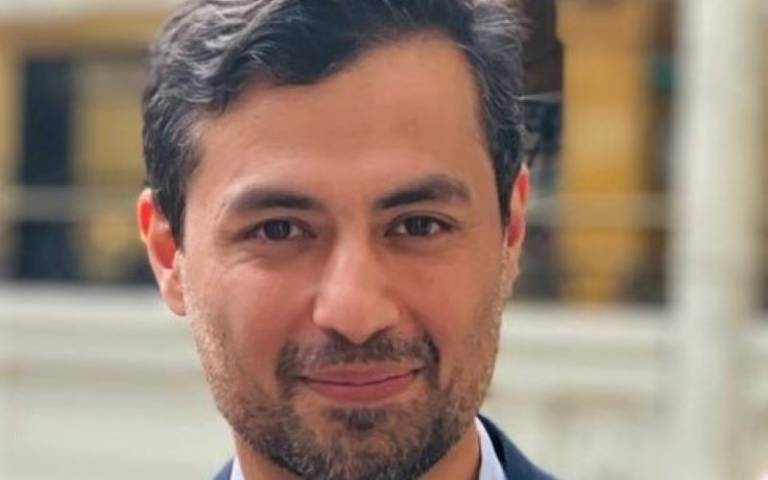 Afghanistan has been nicknamed the “graveyard of empires” in reference to the failure of colonial attempts to govern it. Yet this often distracts from the sombre fact that anyone – whether insiders or outsiders – who has tried to establish control over the whole country has met with resistance. The speed at which the US-backed government was recently removed seems to speak to this perennial ungovernability. This is what the country’s new dominant force, the Taliban, are beginning to rediscover.

If the country made any progress towards institution building in the two decades following the ousting of the Taliban in 2001, it was only with considerable international help, financially, administratively and militarily. But these efforts suffered from deep flaws, some of them structural.

For instance, the political system established by 2001 Bonn Agreement was quasi-monarchical, giving too much power to the president. Its highly centralised hierarchy easily disintegrated after the recent fall of the capital, Kabul.

Power centralisation was worsened by President Ashraf Ghani’s tendency to concentrate authority in the presidential palace. This led many disgruntled Afghans to deride Ghani’s government as a “three-man republic” – alluding to the role by him and his two influential associates, his national security adviser, Hamdullah Mohib, and chief of staff, Fazel Mahmood Fazli.

In the wake of Taliban’s takeover, there were hopes that some state capacities could be sustained if the new administration was inclusive and outward-looking enough to court international recognition and assistance. But the caretaker cabinet, announced on September 8, showed these hopes were in vain. Many in the cabinet, including its prime minister and interior minister, are on international sanctions lists.

With humanitarian aid fast depleting, Afghanistan faces the urgent threat of hunger and serious disruption of most economic activities, according to UN estimates.

Voices inside and outside the Taliban have been calling for foreign assistance. But international funds managing aid expenditure in the past 20 years – led by the World Bank, United Nations Development Program, Nato and the Asian Development Bank – have now been dismantled, and direct engagement with the Taliban by former donors appears unlikely.

Some assistance has been provided by the UN, as well as Pakistan and China. But this pales in comparison to what the western-backed Afghan governments received.

Before the Taliban takover, Afghanistan’s fiscal and monetary policy required close technical cooperation by the World Bank and IMF, which have suspended operations, citing uncertainty over how their various programmes would be able to continue.

This cooperation was central to the post-2001 governance system. It may have entailed technical dependencies that handicapped Afghanistan’s development, but it ensured relatively centralised state fiscal and monetary management. This is unlikely to be restored without another outside source of help.

The technocratic deficit has been made worse because of the number of educated people who have fled the country or gone into hiding because of a fear of reprisals from Taliban militants.

Also of concern is the future of the currency. The Afghani is pegged to the US dollar and faces looming depreciation owing to shortages of currency reserves and a lack of skilled monetary management following the Taliban takeover. The US government has frozen access to Afghanistan central bank’s reserves, held in the Federal Reserve in New York.

This, coupled with a huge trade deficit that is likely to now worsen given the serious disruption of previous limited productive activity, means that importing vital goods will further drain its reserves. This will cripple the economy unless a benefactor state (Qatar, Pakistan or potentially China) comes to the Taliban’s support.

During the first Taliban regime, the Pakistani rupee and Iranian Rial were in wide use as alternative currencies for importing from those countries – the source of most of Afghanistan’s imports. Pakistan’s finance minister, Shaukat Tarin suggested the same might happen this time when it comes to bilateral trade. The future of the Afghani itself is uncertain, given that Afghani banknotes are printed in Germany, which is yet to recognise the Taliban administration.

Meanwhile, especially while the Taliban are struggling for international recognition, foreign policy will be heavily influenced by Pakistan. During the first Taliban regime, most international organisations working with Afghanistan relocated to Pakistan. Qatar, given its role in facilitating US-Taliban negotiations, has been vying with Pakistan for influence in Afghanistan, but Pakistan’s role in Afghan foreign policy runs deep, aided by geographic proximity.

Confusion due to lack of governance might propel the Taliban to return to methods that characterised their bitterly unpopular first regime. There is evidence that some of the brutal and oppressive measures are returning, which is likely to alienate an already frustrated population.

The country has changed in 20 years of western-backed government. The population is younger – and women, in particular, have enjoyed a great deal more control over their own lives. Despite a Taliban ban, there have been protests across the country by womens’ rights and democracy advocates. Repressive measures can only do so much to subdue a defiant public.

Militarily, the Taliban’s early sense of triumph might prove premature. Armed resistance by the pro-democracy National Resistance Front (NRF) continues, and violent terror attacks by the Islamic State of Khurasan (ISIS-K), which belittles the Taliban as too soft and “nationalistic”, are on the rise.

The obvious solution would have been to foster the idea of an inclusive republic. This could help to attract the thousands of educated workers needed for technical jobs who have fled or are in hiding. Providing the sort of liberties that have proven popular among most Afghans would be a sign of good faith too.

This could risk the loyalty of the Taliban’s most extreme elements, but its advantages could outweigh downsides. Most importantly, it could rally NRF’s support if its fundamental demands, including some form of electoral politics, were guaranteed. Sadly, the Taliban have so far shown they do not prefer this path.

This article first appeared in The Conversation on 21st September 2021.