A painting of a naked woman by Pablo Picasso that has been hidden beneath one of his ‘Blue Period’ masterpieces for more than a century, has been recreated by UCL scientists using a combination of X-rays, AI and 3D-printing. 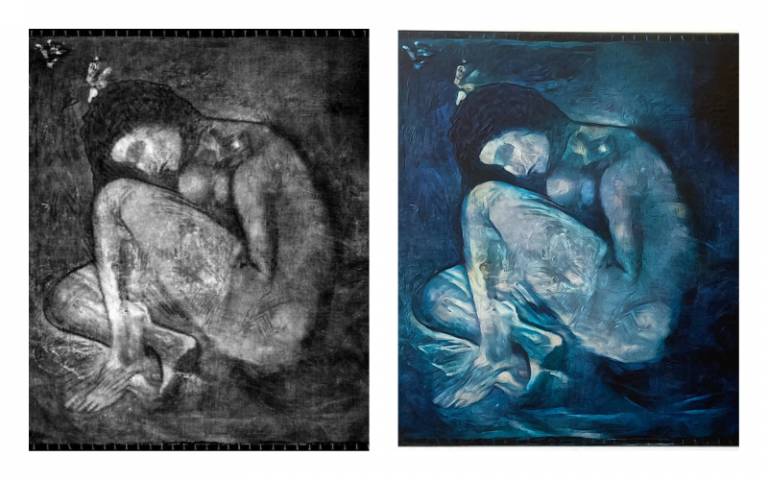 PhD researchers Anthony Bourached (UCL Queen Square Institute of Neurology) and George Cann (UCL Space and Climate Physics) have developed a five-step technology to reproduce art works, that have been painted over.

For this, their third reproduction, they bought back to life the Spanish artist's depiction of a crouching nude woman; the painting was thought to have been lost until 2010 when X-rays revealed it lay behind The Blind Man’s Meal.

Dubbed ‘The Lonesome Crouching Nude’, the image is also depicted as an unfinished painting in the background of Picasso’s famous La Vie (The Life).

By using a combination of spectroscopic imaging, artificial intelligence, and 3D printing, the duo have created a full-size, full colour painting, which includes 3D textured brushstrokes.

To help ensure the recreation was as close in look, feel and tone to the original, they developed an AI algorithm that analysed dozens of Picasso’s paintings, and trained itself to understand the artist’s style.

Commenting Bourached, who is researching Machine Learning and Behavioural Neuroscience at UCL, said: “We believe that Picasso likely painted over this piece with reluctance. It was common for his blue period work as it was early in his career, and materials were expensive.

“Furthermore, its appearance in the background of one of his most famous blue period pieces, La Vie, indicates that it was likely significant to him.

“I believe Picasso actively welcomed such forensics, since he himself said; "I just painted the images that rose before my eyes. It is for other people to find the hidden meanings". Like Leonardo imagining the helicopter, was Picasso envisioning technology that could recall his lost or incomplete work? It is certainly a hidden secret that La Vie points to.”

The Blind Man’s Meal hangs in the Metropolitan Museum in New York and is hailed as one of his most important works following its completion in 1903. Art scholars had known of the earlier work ‘crouching nude’ as it appears in La Vie of 1903, on display in the Cleveland Museum of Art. 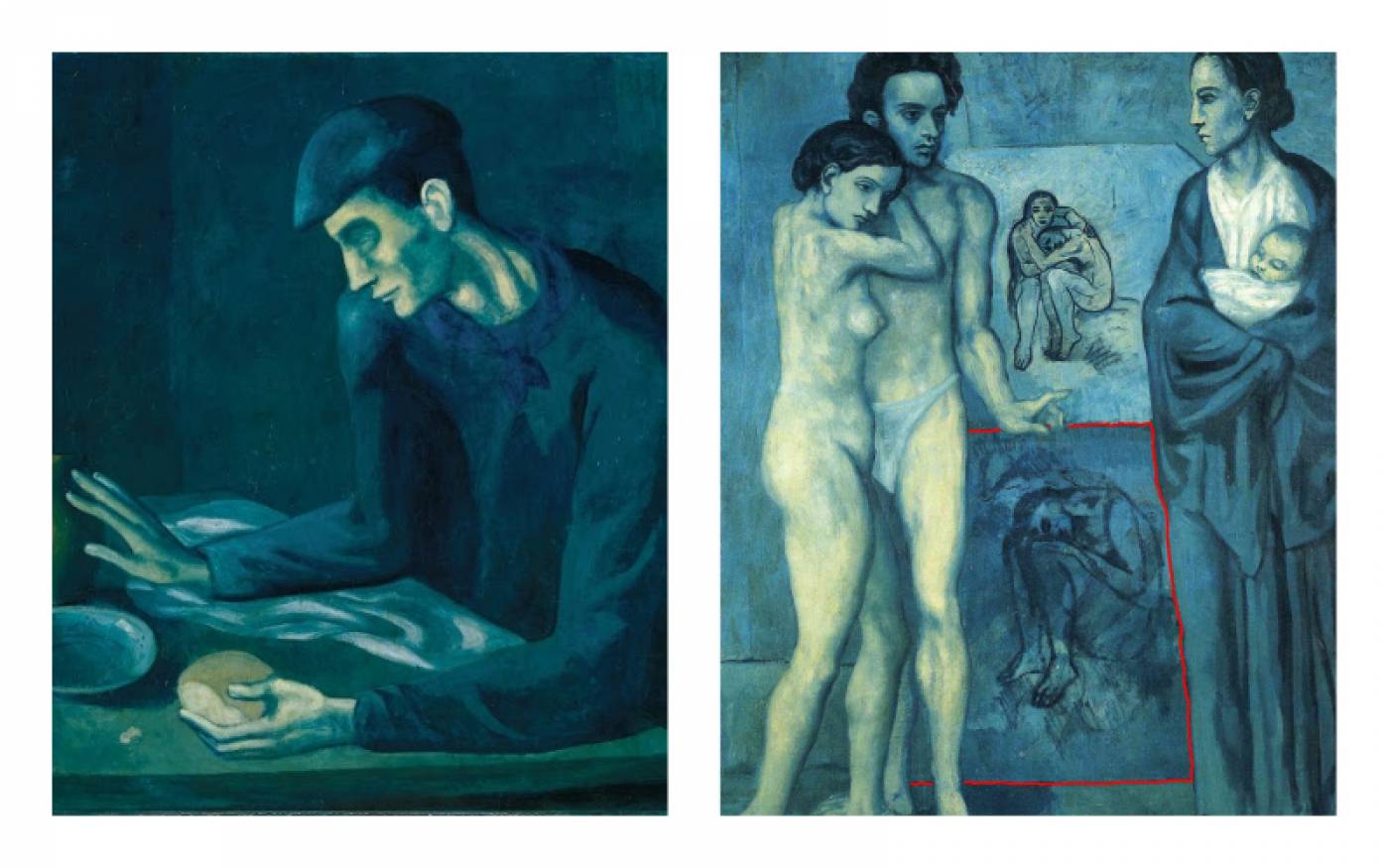 This is the first attempt to accurately recreate, ‘The Lonesome Crouching Nude’, and will feature at the inaugral ‘Deeep AI’ festival, held at the Morf Gallery, London, this month.

Cann, a UK Space Agency PhD candidate at UCL researching trace gases in the Martian atmosphere, said: “I hope that Picasso would be happy in knowing the treasure he's hidden for future generations is finally being revealed, 48 years after his death and 118 years after the painting was concealed. I also hope that the woman within the portrait would be happy in knowing that she hadn't been erased from history and that her beauty was finally being revealed in the 21st century.

“At the time that Picasso painted The Lonesome Crouching Nude and The Blind Man's Meal he was poor and artist materials were expensive, so he likely painted over the former work with reluctance. The fact that the woman within The Lonesome Crouching Nude is also within La Vie and a few of Picasso's sketches suggests that Picasso may have had an affinity towards this woman.”

He added: “It’s very exciting to see a work that’s been locked up. It’s quite eerie seeing the brushstrokes, the colour and the way in which lights reflects off the work. It’s a beautiful piece.”

The UCL researchers’ reproductions, called ‘NeoMasters’, are conducted through a company they co-founded called Oxia Palus and have so far recreated two other paintings for exhibition.

They reproduced a woman’s portrait that lies beneath Amedeo Modigliani’s Portrait of a Girl of 1917 in the Tate. And they recreated a mountainous landscape that lies beneath Picasso’s The Crouching Beggar, which art curators believe is Parc del Laberint d’Horta, near Barcleona.

'The Lonesome Crouching Nude' will be unveiled at the Morf Gallery, Curtain Road, Shoreditch, London, on Wednesday 13 October.