Smartphones have led to the ‘death of proximity’

A UCL study across nine countries shows smartphones are more than devices we use, they’re ‘the place where we live’ and swap for close contact with others. 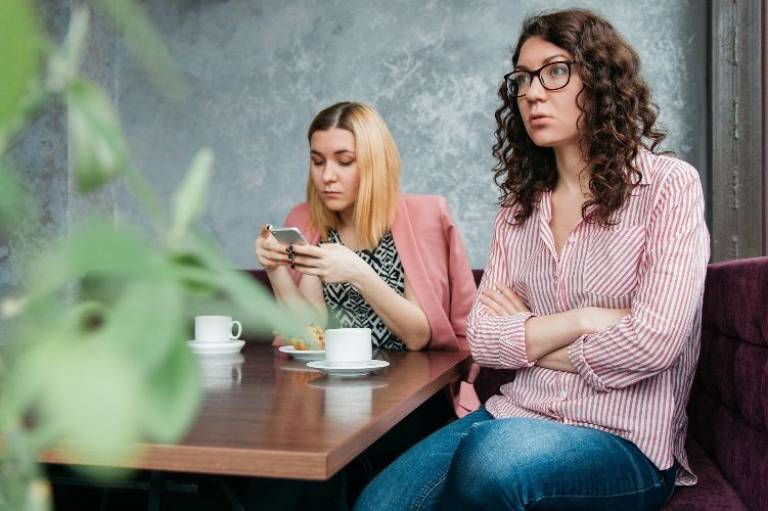 The most in depth study ever to look at how adults use smartphones reveals how we are ‘homeless’ when we lose them because they are where we increasingly express our personalities, interests and values. We adapt them to our needs and have swapped face to face time with family, friends and colleagues for hours spent ‘at home’ on our smartphones.

A team of 11 anthropologists spent 16 months documenting smartphone use in nine countries across Africa, Asia, Europe and South America, with a particular focus on older adults. Their analysis is published in The Global Smartphone: Beyond a youth technology, a new book by an international team of researchers led by Professor Daniel Miller (UCL Anthropology) whose previous project on social media, Why We Post, saw more than a million downloads of the open access books that detailed the findings.

Describing smartphones as devices that facilitate ‘perpetual opportunism’, this new research shows how the creativity of users to mould their phones to meet their needs has far greater impact on their experience than the way the device adapts to them, through the algorithms or artificial intelligence that supposedly makes them “smart”. This observation is defined as ‘smart from below’.

Professor Daniel Miller said: “Our unique study comprehensively reveals how people of all ages across the world, and in particular older people, are creatively adapting smartphones to work for them, and the social, economic, cultural, educational and health benefits this brings.

“We also show how the smartphone is no longer just a device that we use, it’s become the place where we live. The flip side of that for human relationships is that any point, whether over a meal, a meeting or other shared activity, a person we’re with can just disappear, having ‘gone home’ to their smartphone.

“This behaviour, and the frustration, disappointment or even offence it can cause, is what we’re calling the death of proximity. We are learning to live with the jeopardy that even when we are physically together, we can be socially, emotionally or professionally alone.

“At the same time, the smartphone is helping us create and recreate a vast range of helpful behaviours, from re-establishing extended families to creating new spaces for healthcare and political debate. It is only by looking at the vastly different uses and contexts that we can fully understand the consequences of smartphones for people’s lives around the world.

“We hope that everyone, not least politicians and policy makers, will learn from The Global Smartphone, which is part of UCL’s Ageing with Smartphones initiative. We need everyone to build on the positives while urgently addressing the increasing discrimination and inequality that persist when people anywhere in the world are digitally excluded.”

Whether it is access to health information in Ireland and Chile, the use of mobile money in Cameroon and Uganda, visual communication in China and Japan, or the differing ways older people in Italy, Brazil and Al Quds/East Jerusalem use their smartphones, there is evidence that smartphones are far from devices that create homogeneity.

Other findings suggest that rather than seeing something called smartphone addiction, we would do better to observe the way smartphones facilitate addiction to quite diverse forms of content and activity.

The study also highlights how the different ways ‘track and trace’ has been rolled out during COVID-19, exposes the fine line between care and surveillance, which largely determines its success or failure. This is an example of smartphones’ potential for unique harm or good in different contexts.

The Global Smartphone reveals other ways in which smartphones are changing the way we live and behave:

Findings and outputs from the project around the world include:

There is a growing appetite for in depth information on how we are taking control of our smartphones from policy makers and health and education bodies worldwide, as well as commercial interest.

To coincide with the research and publications, a free online course has been launched on the FutureLearn platform called The Anthropology of Smartphones: Communication, Ageing and Health.