Race to restore seagrass around the UK

A UCL led study has highlighted the urgent need to restore seagrass meadows around the UK after calculating as much as 92% of these underwater meadows have been lost in British waters. 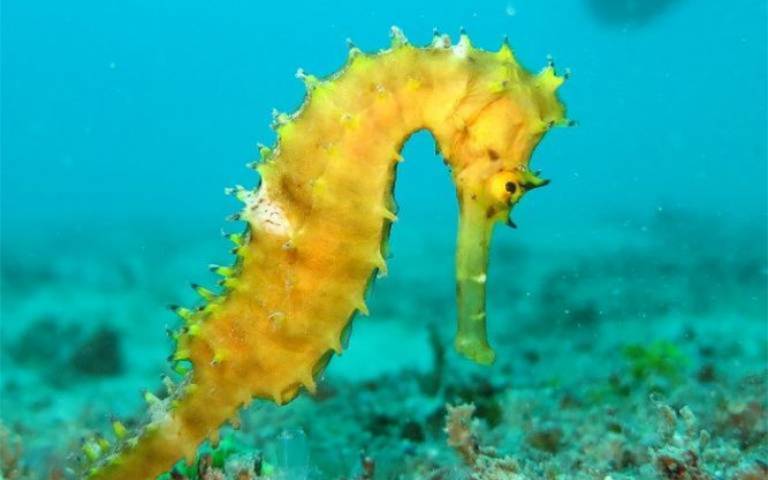 Seagrass is a plant that is vital to healthy marine ecosystems, supporting fish stocks, providing breeding grounds for seahorses and helping to absorb and trap carbon from the atmosphere.

The study documents that at least 44% of the UK’s seagrasses have been lost since 1936 alone, with a staggering 39% of that loss occurring since the 1980s. This is 10% higher than the average estimated global loss figure.

The losses, resulting from the impact on coastlines and coastal waters from industry, agriculture and development, is a setback in the fight against global warming and biodiversity decline. While seagrasses cover just 0.1% of the ocean floor worldwide, they can store carbon up to 40 times faster than forests can.

The research, published in the journal Frontiers in Plant Science, calculates that the UK’s historic seagrass meadows could have stored 11.4 Mt of carbon (worth £37.2m to business in the carbon offset market, equivalent to 3% of the UK’s CO2 emissions in 2017) and supported approximately 400 million fish.

Dr Alix Green, lead author of the study for UCL Geography, said: “Seagrass is the most wonderful unknown marine habitat out there, but it’s declining worldwide. In the UK, healthy examples of these flowering plants form dense lush green meadows, with long green strands up to 2m in height, in waters that are beautifully clear because of the plants’ cleaning properties. 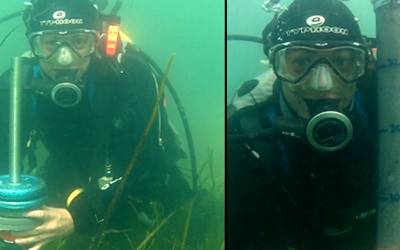 “They’re also home to fish eggs and larvae of species important to our commercial fisheries such as cod, flounder and mullet. They form the only known breeding grounds for two seahorse species found in the UK and, if you're lucky, you'll spot enigmatic dogfish (tiny sharks) and huge crabs roaming among these meadows.

“Beyond their beauty, they are useful for a number of reasons. They protect the shoreline from coastal erosion by absorbing the impact of storms - a service that will be vital in our changing climate. They also offer a solution to our warming planet, by absorbing and storing carbon in their sediments.”

This study is one of the first of its kind to bring together seagrass data from diverse sources and give a systematic estimate of the current and historic extent of seagrass, and seagrass loss, in the UK.

Seagrass is not well mapped globally. Previous studies had estimated the historic loss of seagrasses worldwide as at least 29%, but the status of many meadows is unknown. A better knowledge of where losses have occurred can help protect current seagrass meadows and highlight the need to re-plant and restore degraded or lost ones.

Co-author Dr Peter Jones, (UCL Geography) said: “The next decade is a crucial window of opportunity to address the inter-related crises of biodiversity loss and climate change – the restoration of seagrass meadows would be an important contribution to this. This will involve restrictions such as reduced boat anchor damage, restricting damaging fishing methods and reducing coastal pollution, including through marine protected areas.”

Dr Peter Jones continued: “These findings indicate the massive historical losses of seagrass that the UK has suffered but also indicate the potential benefits of restoring them. These include increased carbon uptake but also enhanced fish production, coastal defence values and benefits for marine wildlife itself. It is vital that we promote the protection and restoration of seagrasses as a nature-based solution to climate change, particularly given the many other benefits to us that healthy seagrass meadows can provide.”

The study, which was a collaboration between researchers at UCL, Kings College London, and Swansea University, shows that not all seagrass meadows in the UK have suffered equally, and some sites show signs of recovery.

Dr Alix Green added: “The catastrophic losses documented in this research are alarming but offer a snapshot of the potential of this habitat if efforts are made to protect and restore seagrass meadows across the UK. We hope that this work will spur continued, systematic mapping and monitoring of seagrass meadows across the UK and encourage restoration and rehabilitation projects. These meadows have the potential to support our bountiful fisheries and help us win the fight against climate change and environmental degradation. The UK is lucky to have such a resource in our waters, and we should fight to protect it!”