One in five people from ethnic minority groups report racial discrimination and these individuals are more likely to develop poorer mental and physical health, according to researchers from UCL and King’s College London. 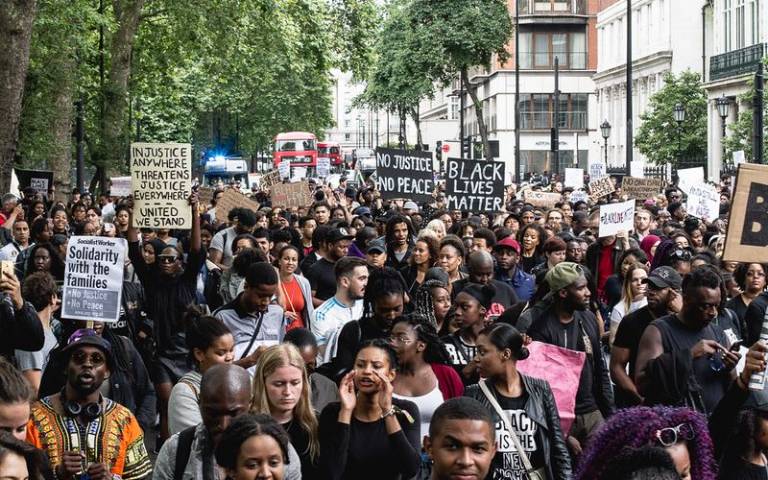 The study, published in BMC Public Health, finds for the first time, a link between racism and negative changes in physical health based on a UK population.

Previous studies in the US have also found that experiencing racial discrimination can negatively impact health but the researchers note that the make-up of ethnic minority groups in the UK differs from the US, with those of South Asian backgrounds forming the largest minority group.

The study looked at over 4800 adults from ethnic minority groups (i.e. non-white) from the UK Household Longitudinal Study (UKHLS) over a period of two years between 2009 and 2011. Participants provided information on experiences of racism and their mental and physical health at baseline and provided follow-up information on their health two years later.

The researchers found that one in five individuals from an ethnic minority group reported racial discrimination and these individuals were more likely to develop poorer mental and physical health after this experience. Specifically, those who reported perceiving racism (which included feeing unsafe, avoiding certain places, being insulted and being physically attacked) had greater psychological distress and poorer mental functioning two years later. They were also more likely to rate their physical health as poor and to report having a limiting longstanding illness, regardless of their health at the time of the discriminatory experience.

Lead author Dr Ruth Hackett (UCL Institute of Epidemiology and Health and King’s Institute of Psychiatry, Psychology & Neuroscience) said: ‘The results of our study are concerning, suggesting an enduring impact of experiences of racism on mental and physical health. They highlight the need to tackle racial discrimination - not only as a human rights issue, but as an issue that may also have a lasting legacy on health.’

The authors say their findings suggest racial discrimination is a chronic stressor, that might bring about changes in stress-related biology and stress-related health behaviours (e.g. excessive alcohol intake) that can lead to poor health. Feeling discriminated against might also mean that people avoid engaging with health or wellbeing services perceived to be discriminatory. On a broader structural level, racial discrimination might negatively impact health through inequalities in healthcare and the unfair distribution of social determinants of health such as education, employment, and housing.

Co-author, Dr Sarah Jackson (UCL Institute of Epidemiology and Health) said ‘We need to educate, raise awareness, and promote activism to bring about legislative and social change required to eliminate racial discrimination both in the UK and worldwide.