Neurological and psychiatric symptoms such as fatigue and depression are common among people with Covid-19 and may be just as likely in people with mild cases, according to a new review study led by a UCL researcher. 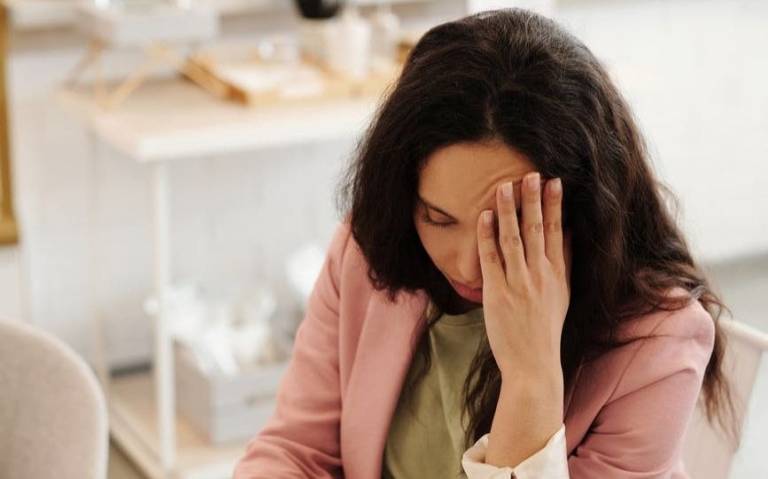 By reviewing evidence from 215 studies of Covid-19, the meta-analysis published in the Journal of Neurology, Neurosurgery and Psychiatry reports a wide range of ways that Covid-19 can affect mental health and the brain.

Lead author Dr Jonathan Rogers (UCL Psychiatry and South London and Maudsley NHS Foundation Trust) said: “We had expected that neurological and psychiatric symptoms would be more common in severe Covid-19 cases, but instead we found that some symptoms appeared to be more common in mild cases. It appears that Covid-19 affecting mental health and the brain is the norm, rather than the exception.”

The research team systematically reviewed evidence from 215 studies of Covid-19 from 30 countries, involving a total of 105,638 people with acute symptoms of Covid-19, including data up until July 2020 (acute refers to the main disease stage, rather than longer-term impacts). The studies varied as to which symptoms they were tracking, and the research team pooled data to compare how common each symptom was among the studies that tracked it.

Across the whole dataset, the most common neurological and psychiatric symptoms were: anosmia (loss of smell; reported by 43% of patients with Covid-19), weakness (40%), fatigue (38%), dysgeusia (loss of taste; 37%), myalgia (muscle pain; 25%), depression (23%), headache (21%) and anxiety (16%). They also identified the presence of major neurological disorders such as ischaemic stroke (1.9% of cases in the dataset), haemorrhagic stroke (0.4%) and seizure (0.06%). Patients with severe Covid-19 were overrepresented in the dataset as a whole, as most of the studies focused on hospitalised patients, and even the studies of people outside of hospital included few people with very mild or no symptoms.

But among people with symptomatic acute Covid-19 who were not hospitalised, neurological and psychiatric symptoms were still common: 55% reported fatigue, 52% loss of smell, 47% muscle pain, 45% loss of taste, and 44% reported headaches. The researchers say it’s still possible that such symptoms are just as common in severe cases, as mild symptoms might not be reported by a patient in critical care.

While this review did not investigate causal mechanisms, the researchers suggest a few possible explanations. In the acute phase of the illness, inflammation has been found in the brain, which may explain some of the symptoms. Psychosocial factors relating to the context of the global pandemic may play a role, as people who are acutely ill may feel isolated when they cannot see their family or friends, which may explain why depression and anxiety have been found in some Covid-19 studies to be more common than in other viral illnesses such as the flu.

Dr Rogers said: “Many factors could contribute to neurological and psychiatric symptoms in the early stages of infection with Covid-19, including inflammation, impaired oxygen delivery to the brain, and psychological factors. More studies are needed to understand these links better.”

Joint senior author Dr Alasdair Rooney (University of Edinburgh) said: “Neurological and psychiatric symptoms are very common in people with Covid-19. With millions of people infected globally even the rarer symptoms could affect substantially more people than in usual times. Mental health services and neurological rehabilitation services should be resourced for an increase in referrals.”

The researchers found that most of the studies looked at a small subset of neurological symptoms, such as fatigue or muscle aches, while often neglecting symptoms of mental illnesses such as depression, anxiety and post-traumatic stress disorder (PTSD), as well as stroke and seizures, so they say more studies are required into the full range of symptoms linked to Covid-19.

The study was led by researchers at UCL, the University of Edinburgh, King’s College London and Queen Mary University of London, along with co-authors in the UK, Bulgaria, Canada, India and Germany.