Feelings of ‘emptiness’ linked to risk of suicidal behaviour

Feelings of ‘emptiness’ have been linked to risk of suicidal behaviour, in a new study by UCL and University of Dundee researchers. 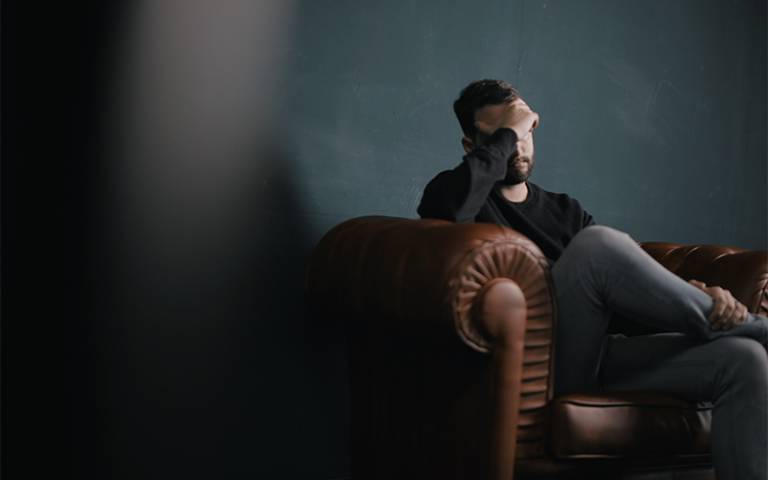 The study, published in the Journal of Mental Health, provides the first definition of this common but poorly understood experience of mental distress.

In response, the Dundee-UCL team sought to create a working definition of emptiness by carrying out the first research examining the lived experiences of patients who had reported these feelings.

They collected hundreds of testimonies from people who felt empty in an attempt to capture the essence of this experience. Participants described a sense of an inner void that nothing can fill, and a profound sense of detachment from other people and from the world around them. Furthermore, they talked about an inability to connect, to join in, to be seen, and to be an integral part of the social world.

The researchers found that 79% of people who felt empty all of the time had thought about suicide, with 27% having attempted to take their own life at some point. For people who felt empty less often, 45% had thought about suicide, and 8% had attempted to end their life. This suggests a highly important, and previously ignored link between feeling empty and suicidality.

Co-author Professor Fabio Sani (University of Dundee) said: “Emptiness appears to be on the increase, but this raises several important questions because nobody knows exactly what the term means. We felt the simplest way of arriving at a definition was to ask people to provide detailed descriptions using their own words, analogies and metaphors.

“The link between feelings of intense emptiness and suicidal behaviour is extremely worrying, but it may also help us to identify those most likely to attempt suicide. It shows the importance of better understanding this commonly described feeling.

“An increasing number of people, with or without a psychiatric diagnosis, experience feelings of emptiness but this raises several questions. What exactly is emptiness? What does it mean to feel empty? The challenge for future research is to understand why emptiness is becoming so widespread, and how to tackle it clinically and socially. Addressing these questions successfully might save lives.”

Nine components of emptiness were identified as part of the research, and these were used to produce a definition of the typical manifestation of emptiness. Participants in a second survey judged this definition as a highly accurate reflection of their personal feelings of emptiness.

Participants highlighted a sense of going through life mechanically, purposelessly and numbly, with a psychological and bodily felt inner void, together with a sense of disconnectedness from others, and of not contributing to an unchanged but distant and remote world.

The Diagnostic and Statistical Manual of Mental Disorders 5th Edition lists a chronic sense of emptiness as a diagnostic criterion for borderline personality disorder (BPD) but fails to explain what emptiness actually is. The Dundee-UCL team also found that people with lived experience of emptiness were not confined to those who had been diagnosed with BPD.

Given the uniformity of descriptions given by participants, the researchers concluded that emptiness does not take a distinctly different form or quality depending on a person’s diagnoses.

Co-author and Trainee Clinical Psychologist Shona Herron (UCL Psychiatry) said: “Emptiness, as experienced by our participants, constituted an all-encompassing prison – a sort of bubble which prevents them from fully connecting to themselves, other people and the world around them.

“Importantly, our research confirmed that a sense of emptiness can be experienced by individuals with a variety of mental health difficulties, as well as by individuals who have never been diagnosed with a mental health problem and may never have sought support for their mental wellbeing.

“Emptiness was described in extremely uniform terms across participants, regardless of type or number of diagnoses. A tentative conclusion is that emptiness can be understood as an experience of distress, present across the spectrum of those with and without histories of mental health difficulties.

“We hope that our findings will spark interest and debate throughout the clinical, psychiatric and philosophical research communities, about the nature of this common yet under-researched experience, as well as its implications for individuals and societies.”