Levelling up access to finance so that poorer countries can afford the funds needed to switch to renewable energy could see regions like Africa reaching net zero emissions a decade earlier, according to a study led by UCL researchers. 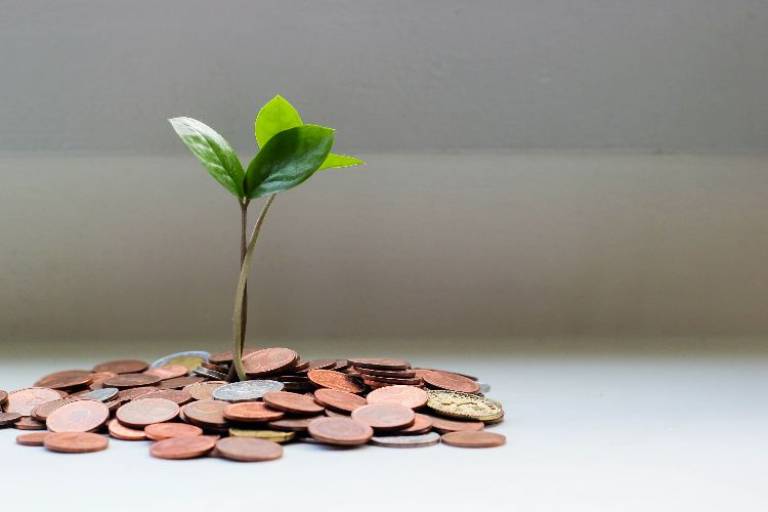 Access to finance (credit) is vital for the green energy transition needed to reduce global greenhouse gas emissions, as laid out in the Paris Agreement. But access to low-cost finance is uneven, with the cost of securing capital to help reach net zero differing substantially between regions.

Modelling created for the study, Higher cost of finance exacerbates a climate investment trap in developing economies, published in Nature Communications, shows the road to decarbonisation for developing economies is disproportionately impacted by differences in the weighted average cost of capital (WACC). This is a financial ratio used to calculate how much a company or organisation pays to finance its operations, whether through debt, equity or both. The lower the value, the easier the company or government can access funds.

In the case of Africa, and a scenario where global warming this century is kept at 2°C, researchers calculated that current unfavourable WACC values will stunt the region’s green electricity production by 35%.

The study is a collaboration between researchers from the UCL Institute of Sustainable Resources and the UCL Energy Institute, both of which sit with in UCL’s Bartlett Faculty of the Built Environment.  It makes the case for policy interventions to lower WACC values for low-carbon technologies by 2050. This would allow Africa to reach net-zero emissions approximately 10 years earlier than if reductions in the cost of capital are not considered, so 2058 rather than 2066.

It describes the ‘climate investment trap’ that developing economies are faced with when climate-related investments remain chronically insufficient. These regions of the world already pay a high cost of finance for low-carbon investments, delaying the energy system transition and the reduction of emissions. Yet, unchecked climate change would lead to greater impacts in these regions, raising the cost of capital and discouraging investment even further. The trap is so binding in itself that poorer countries will struggle to escape it – especially in the aftermath of COVID-19 and its impact on their economies.

While developing economies require the bulk of low-carbon investment, and developed countries are where the most financial capital is, the former currently appear to be left out by the main current sustainable finance efforts and initiatives.

The authors of the report suggest that radical changes are needed such as helping to underwrite the perceived greater risks of low carbon investments in such regions.’ So that capital is more equitably distributed and all regions, not just those in the global north, can afford to work towards net zero at the rate needed to tackle climate change for the benefit of everyone.

International organisations such as the IMF, investors and policymakers can all take responsibility for lowering the costs of capital in Africa.

Lead author Dr Nadia Ameli (UCL Institute for Sustainable Resources) said: “Our research shows how earlier action to improve financing conditions could have a significant impact on the speed and timing of the transition to renewable energy in lower and middle-income countries which, in turn, will significantly help to protect our planet.

“We don’t believe it is fair that regions where people are already losing their lives and livelihoods because of the severe impacts of climate change also have to pay a high cost of finance to switch to renewables. Radical changes in finance frameworks are needed to better allocate capital to the regions that most need it. We should take the opportunity to reframe international market finance, where lower cost of capital for developing economies would allow for low-carbon development at a more internationally equitable cost. The sooner we act the better.”

Co-author Professor Michael Grubb (UCL Institute for Sustainable Resources) said: “There is a growing belief that, with the dramatic decline in the global average cost of renewable, it will be much easier for the developing world to decarbonise. Our analysis shows that major obstacles remain, particularly given the difficulties that many of these countries have in accessing capital on the same terms. Appropriate international financial support remains vital to accelerate global decarbonisation.”

Co-author Dr Hugues Chenet (UCL Institute for Sustainable Resources) said: “Our analysis shows the additional difficulty for least developed economies to access capital to finance their decarbonation. Sadly, we see that these countries are literally left aside by new sustainable finance policy frameworks such as the European Union Sustainable Finance Action Plan, which ignores parts of the world that need it most."

Co-author Dr Matt Winning (UCL Institute for Sustainable Resources) said: “Often developing economies are simply disadvantaged when it comes to decarbonisation simply because they are that, developing. Even with abundant renewable resources, developing region capital costs can be higher simply because of the risks involved in investing there. Our results show that policies to achieve a more level playing field for climate finance for those economies can make a significant impact."

Earlier this month UCL and University of Exeter academics joined with the International Centre for Climate Change and Development (ICCCAD) to launch a 1.5 Degree Charter to highlight to global leaders how breaching the 1.5˚C target for warming this century, outlined in the Paris Agreement, will cost far more than paying poorer nations to help reach it.