Scientists record Earth’s ‘pulse’ at the bottom of the ocean

A new UCL-led project deploying 50 highly sensitive seismometers on the floor of the Atlantic Ocean aims to fix a gap in our understanding of powerful movements deep within Earth’s interior. 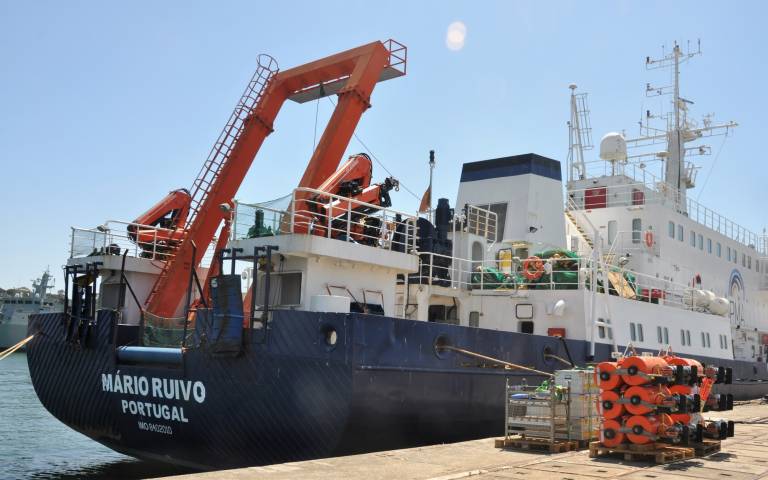 The seismometers, which detect vibrations due to seismic waves, will be deployed across a region encompassing the Canary islands and the archipelagos of Azores and Madeira and will continuously record Earth’s ground motions and thus the “pulse” of the planet over the course of a year.

In particular, the project – called UPFLOW (UPward mantle FLOW from novel seismic observations) – aims to better understand massive “upwellings” of material pushing up from Earth’s mantle, which are poorly understood and, as they can occur far away from the boundaries of continental plates, cannot be explained by the theory of plate tectonics.

The project is funded by the European Research Council and involves collaboration with institutions in Germany, Ireland, Spain and Portugal.

Primary investigator Professor Ana Ferreira (UCL Earth Sciences) said: “This is a first of a kind seismic experiment. It is the first time we have covered such a large region of the North Atlantic ocean with these highly sensitive instruments. By analysing their data, we hope to better understand the massive motions occurring hundreds of kilometres deep in the Earth’s mantle – in particular, upward flows of material that we still do not understand very well. These motions are what ultimately cause volcanic eruptions and can also lead to earthquakes.”

The project will use a new seismic imaging method – that is, a new way to characterise the structure under the Earth’s surface by analysing seismic waves – previously used by astrophysicists to study distant galaxies.

Professor Ferreira added: “Our data will also have a tremendous legacy, enabling a wide range of research activity from tracking whales via the sounds they make as they pass close to the seismometers, to monitoring earthquakes and volcanic tremors. The data can also be used to examine interactions between the atmosphere, oceans and solid Earth.”

Co-investigator Professor Jorge Miguel Alberto de Miranda, president of the IPMA, said: “The existence of the Canary Islands and the volcanic islands in Madeira and the Azores are a result of massive motions deep under the Earth’s surface. Our research will aim to uncover if there is a link in how these islands formed.”

Over the next five weeks, Professor Ferreira will lead an expedition on the research vessel Mário Ruivo (owned by project partner IPMA, the Portuguese Institute of Sea and Atmosphere) to carefully drop the seismometers to the ocean floor, where they will anchor themselves for a year before being collected.

During this expedition, she will take part in Zoom calls with primary school classes in the UK, facilitated by the science outreach project GeoBus at UCL, and will also engage with children in Germany, Portugal, Spain and Ireland. As part of this outreach, each of the classes and children from all the participating countries have named some of the seismometers – names chosen include Neptune, Triton, Jelly, Caesar and Thor.

She and other team members will also record voice memos and sounds from the ship as part of a collaboration with the jazz composer and performer Liam Noble to create music inspired by the expedition.