This week we meet Jonathan James, a part-time PhD candidate at the UCL Institute of Education. In the world before COVID, Jonathan split his time between Paris – where he has lived since 2009 – and London, the city he grew up in and still calls home. 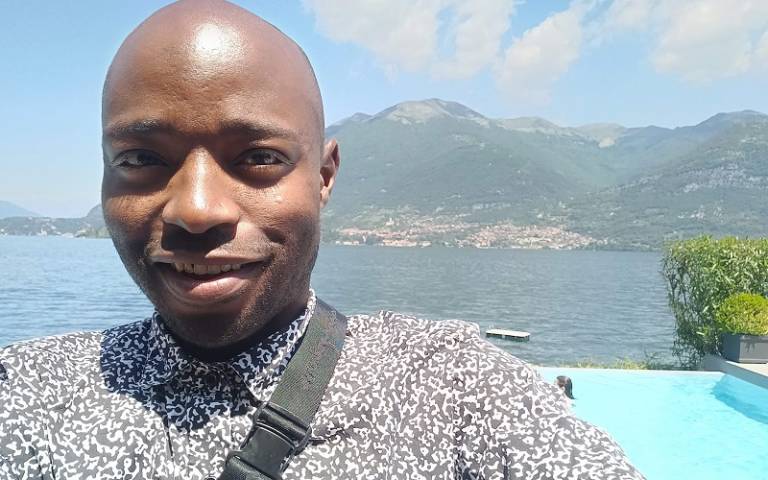 My PhD looks at the impact of Islamist terrorism on education policy and practice in England and France. Ever since I studied French as an undergraduate, I have been fascinated by the differences in the way that issues around cultural diversity, immigration, and national identity play out in public debates in Britain and France. It was only after the attacks on Charlie Hebdo in 2015 that I began to connect these ideas to the context of terrorism. I took a sabbatical from my teaching job to do the MA Comparative Education at the UCL Institute of Education, and this became my dissertation topic. My MA dissertation looked at the impact of terrorism on education policy and the broader policy debate. My PhD goes one step further, looking at how these policies are being implemented in schools, and how the context of terrorism has changed the way teachers think about their work.

Having dipped my toes into the worlds of education research, policy, and practice, I want to play a role in bringing these worlds together – they can sometimes feel quite disconnected!  This could mean working in academia, in an international organisation or think tank, or all of the above. During the first half of 2020, I did an internship at the OECD’s Directorate of Education and Skills, and I continue to work for the OECD part-time as an external consultant.

The fieldwork – going into to schools, observing lessons, and speaking to teachers and school leaders about their work. Gaining access to schools can be a nightmare, especially given the sensitivity of my topic, but it’s definitely what I have found the most rewarding. As a teacher, I always loved hearing young people talk about the social and political issues that affect their lives, and I’ve witnessed many of these illuminating (and sometimes amusing!) moments over the past three years.  There are also some great teachers and school leaders out there; I’ve learned so much from them, both as a teacher and a researcher.

Roti King, which is right by Euston Station, is often my first stop when I get off the Eurostar at St Pancras. Caffè Tropea in Russell Square has also become a bit of a second home.

Reinstate the ERASMUS programme post-Brexit, or set up a similar international exchange. My ERASMUS year in Bordeaux transformed me in so many ways. It breaks my heart to think that future generations might miss out on that experience.

My hero of the year has to be the French activist Assa Traoré. She has fought tirelessly for justice for her brother Adama, who died in police custody in 2016, and has brought together a broad coalition in the fight against police violence. Crucially, I think she’s helped a lot of people realise that state-sanctioned violence is not just an issue that affects black and brown people (though it does, disproportionately) but something that concerns all citizens.

When I was growing up, I wanted to be an actor, and spent four years at a performing arts school. I’m on a completely different path now, but I always say that studying theatre has made me more sensitive to language, which helps me with my writing. It also pays off with conference presentations.