Opinion: People started breaking Covid rules when they saw those with privilege ignore them

Compliance must be seen as the norm, or people will not stick to the restrictions, says Dr Daisy Fancourt (UCL Epidemiology & Health). 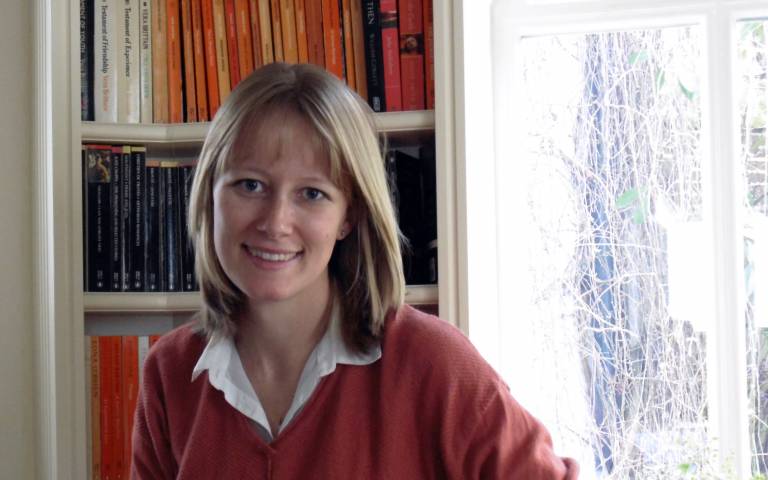 We’ve heard repeatedly during the past year that until mass vaccination is achieved, the key to managing the Covid-19 epidemic is controlling human behaviour. Yet as cases in the UK continue to spiral, with stricter social restrictions being implemented every few days, a key question remains: is anyone complying any more?

Compliance has been one of the most misunderstood and misrepresented concepts of this pandemic. During the first wave of the virus back in the spring, there was concern that a lengthy lockdown would lead to “behavioural fatigue” and diminishing compliance with social restrictions. In fact, “behavioural fatigue” was not a scientific concept but a political one, neither supported by research from previous epidemics nor by data that subsequently emerged from our lockdown (over 97% showed good compliance with the rules, with no meaningful decrease from March to May). During emergencies, humans are actually primed to act in the collective interest, as we saw from the sacrifices made by people in the spring of 2020 across the UK.

It was only as lockdown was eased that compliance began to decrease. Partly, people felt the situation was safer. But other factors contributed too. For many, the new rules were simply too complex to understand. While during lockdown 90% of adults in the UK reported feeling they understood the rules, by August this figure was just 45% in England. Conflicting rules across UK nations, frequent changes to rules, and confusion about dates of announcement (as opposed to dates of implementation) exacerbated the situation.

But the message from the government about adherence also changed after the revelations about the actions of Dominic Cummings, which were followed by a decrease in compliance. Returning to a single event might seem like bearing a grudge, but it was pivotal for many reasons. During lockdown the message on compliance was clear: social restrictions were vital to stop the spread of the virus, so everyone had to play their part; no excuses, no exemptions. But Cummings changed the tone: if you could find a loophole in the rules, it somehow became acceptable (and defensible) to break them. The enemy changed from being the virus itself to being the measures designed to curb the virus.

This shift in tone did not go unnoticed, as our research at UCL showed. The same sacrifices people had willingly made in the spring as part of a collective social responsibility suddenly seemed less necessary. Goodwill turned to anger and upset, largely targeted towards the government that defended Cummings’ actions. Trust in the government to handle the pandemic took a sharp downward turn in England, from which it has not recovered since. Trust is crucial, as research has shown that it is one of the largest behavioural predictors of compliance during this pandemic: larger than mental health, belief in the health service or numerous other factors. As humans, we need to trust our authorities if we are to follow what they tell us to do.

Other factors are important as predictors of compliance, too. Some of these have been demonstrated during previous pandemics: older adults and women are typically better at following rules to stop the spread of viruses. But others have emerged more specifically during Covid-19. The more privileged within society (wealthier and more educated) were more compliant during the first lockdown as their privilege supported their ability to follow the rules: more opportunities to work from home, spacious homes and gardens to lock down in, and a strong infrastructure, from good social support networks to scheduled food deliveries.

But as the pandemic has continued, this same privilege has been associated with a higher propensity to bend the rules. Money has bought a way out of social restrictions, from providing second homes in the country to retreat to (taking new strains of the virus with them), to enabling holidays abroad to escape more stringent UK measures (along with late-night covert escapes when quarantines are brought in).

Privilege has led to a belief that one can second guess the virus, meeting up with friends against guidelines because they’re “being sensible” or it “won’t do any harm”. Ironically, the more privileged actually confess to understanding the rules less. As with Cummings’ actions, the focus is on the wrong enemy: their mission is not to stop the virus but escape the measures designed to control it.

So as we enter yet a new year and yet another set of new rules, is there any hope for us regaining the trust and compliance we started with nearly a year ago? Fortunately, the answer is yes. As cases rose again in the autumn and the UK entered new lockdowns, compliance actually increased. When we are reminded of the urgency and danger of the situation, not just in words from politicians but in clear actions such as stricter measures, our sense of duty can return. But there are also lessons we can learn from the past year to help us over the next few months.

Everyone needs to play their part, regardless of status or privilege. Any exemptions or modifications of rules can affect the compliance of others and sends a message that the rules are mere guidelines and personal sacrifices are not necessary. Messaging needs to be clear, consistent and carefully targeted. We are all motivated by different factors: for some, messages about personal risk from Covid-19 will be most powerful, whereas for others a sense of collective duty (“save your granny”) will be more effective.

We all also trust different sources more, whether politicians, healthcare professionals or community leaders. So a plurality of voices is vital to communicating that message. Compliance also needs to be enabled. Punitive measures against non-compliance are of limited efficacy when people are facing tangible barriers, such as unmanageable financial loss from taking time off work or unmissable caring duties for vulnerable relatives. So we need compassion, understanding and practical solutions.

Finally, compliance needs to be modelled as the norm. Currently, nine in 10 people think they are complying more than the average. News headlines that “tens of millions follow the rules” are understandably less exciting than stories of police raids on raves and other infringements. But we need to beware implying that the actions of a minority represent the behaviours of the entire population. Modelling good compliance is the responsibility of us all. So as we start to practise our new year’s resolutions, let this be the top of all of our lists, and let this be the resolution that we work hardest to keep.

This article originally appeared in The Guardian on 2 January 2021.