Less than half (43%) of people who developed Covid-19 symptoms say they’ve requested a test, find UCL researchers as part of the Covid-19 Social Study. 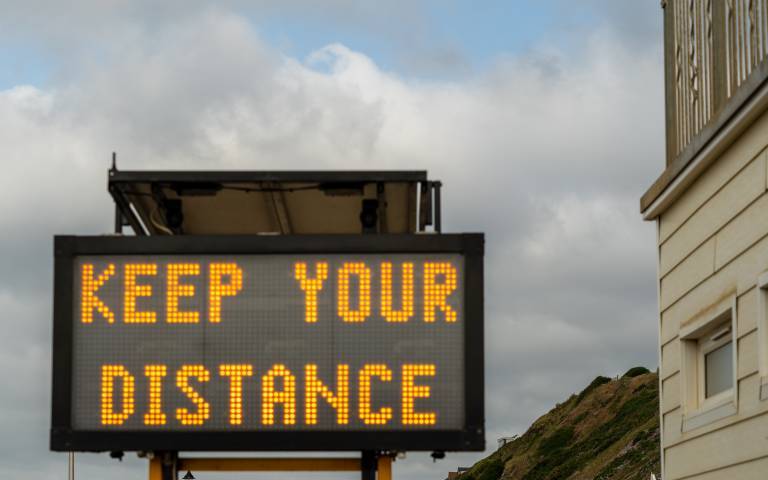 Three quarters (75%) of adults aged 60+ who reported experiencing symptoms at least once said they had never requested a test, with just 18% of the same age group saying they requested a test every time they experienced symptoms. Younger adults have been most consistent in requesting tests when they experience symptoms of Covid-19, with 42% requesting a test every time, but 45% of this age group still said they’d never request a test despite experiencing symptoms.

Compliance with lockdown rules has been increasing since last September, especially as stricter measures have been brought in, with particular improvements since the start of December when news of the new variant became widespread. ‘Majority’ compliance with the rules is being reported by 96% of people; an improvement since the start of the autumn across all demographic groups. ‘Complete’ compliance is lower, but still being reported by the majority of people (56% for the week ending 10th January) and is now at comparable levels to back in May 2020.

Launched in the week before lockdown started, the ongoing UCL Covid-19 Social Study is funded by the Nuffield Foundation with additional support from Wellcome and UK Research and Innovation (UKRI). It is the UK’s largest study into how adults are feeling about the lockdown, government advice and overall wellbeing and mental health with over 70,000 participants who have been followed across the last 43 weeks.

Lead author, Dr Daisy Fancourt (UCL Epidemiology & Health Care) said: “The high number of people not requesting a Covid test when they have symptoms is worrying. One of the key tools in controlling the pandemic is an effective test and trace system, but people are citing problems including being unable to get tests, being unclear on how to request them, having to go long distances to get tested, and being worried about exposure to the virus at test centres. This all suggests that the current system is not working well enough.

“Easy access to tests needs to be a priority, coupled with a concerted effort to push the importance of people getting a test as soon as they have any Covid-19 symptoms, not just for their own safety, but for the safety of the general public.

“The number of respondents who say they are not isolating for the recommended number of days is also deeply concerning. The increased adherence to self-isolation rules among those with a higher household income suggests that many of those not isolating are breaking guidelines due to financial concerns, and more support needs to be put in place to allow people to self-isolate without fear of losing out financially.

“The levels of compliance we are seeing are high and improving week on week. This suggests that the increasing cases we are seeing now cannot be blamed solely on individual behaviours and instead raises the question as to whether the current rules are going far enough to stop the spread of the new variant. Fortunately, data suggest that if stricter measures are brought in, people will continue to comply as compliance across the autumn and winter has been highest in areas when tighter restrictions and tiers have been imposed.”

Cheryl Lloyd, Education Programme Head at the Nuffield Foundation said: "It is promising to see that compliance with the Covid-19 restrictions has increased over the past month or so as stricter measures have been introduced. However, the survey findings also suggest that without the introduction of better financial support and access to food for low-income individuals and families they may continue to struggle to comply with self-isolation rules."