Our brains work differently depending on whether we are in agreement or disagreement with someone, according to research involving UCL. 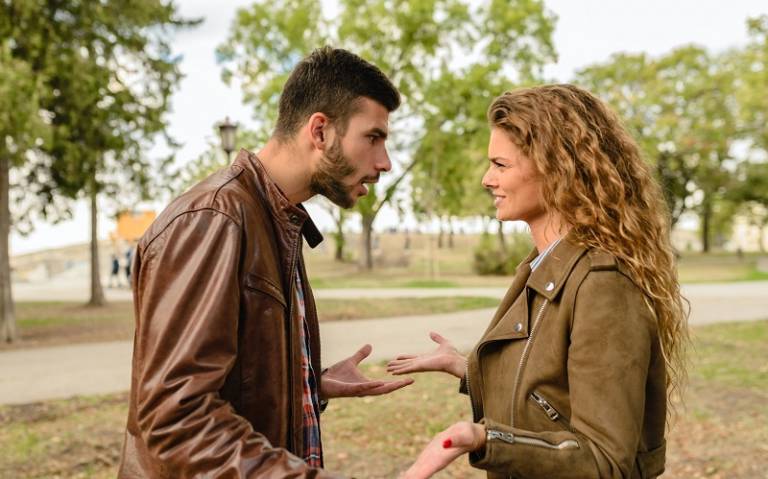 In the paper, published in Frontiers in Human Neuroscience, researchers from UCL and Yale University found that when two people are disagreeing with each other, their brains engage frontal cognitive processes, whereas in agreement there is less cognitive engagement and more sensory interaction between the two, such as eye movement.

Lead author Professor Joy Hirsch (UCL Medical Physics & Biomedical Engineering and Yale School of Medicine) explained: “Human beings are profoundly social and our brains are specialised to process social information. However, it appears that the brain uses more resources when it is in disagreement mode than agreement.

“In particular, the cognitive processes found in the frontal lobe of the brain work harder to disagree than to agree.”

Understanding the different responses when agreeing versus disagreeing could help with mediating conflict, and is important in a polarised political environment.

Two people in agreement generate an aligned response in their brains as a reaction to finding common ground. When we disagree, the two brains enter into a different set of biological responses to each other.

“There is more synchronicity between the brains when they agree,” Professor Hirsch continued. “But when they disagree, the neural coupling seems to disconnect.”

Researchers matched 19 pairs of adults based on their real opinions. Using functional near infrared spectroscopy, they recorded the brain activity of both partners simultaneously during conversations where they agreed on a topic, as well as those where they disagreed.

Co-author Professor Maurice Biriotti (UCL Arts & Humanities) said: “To our knowledge, this is the first time a systematic attempt has been made to begin to understand not just what happens in the brain when two people communicate, but what effect the brains seem to have on one another, how those brains begin to align their responses, and how both the positive and negative cycles of interaction work in practice.”

The findings could have future implications for mediating conflicts ranging from divorce proceedings to global conflicts.

The topics, which included politics, ethics, philosophy, health and environment, were not known by participants in advance. Their opinions were assessed in advance via a questionnaire which included statements such as “same-sex marriage is a civil right” and “marijuana should be legalised.”

“This is just the beginning of a series of investigations into what happens in terms of neuroscience when two people communicate,” Professor Biriotti added. “What happens during intractable conflict, that is, when we can no longer bear to interact with one another because our views are so divergent, has never been more relevant.

“We live in societies that are increasingly polarised and the stakes in commerce, politics and the way organisations and institutions operate are high.”