Phosphorene nanoribbons have been incorporated into new types of solar cells, dramatically improving the cells’ efficiency, in a new study led by UCL and Imperial College London researchers. 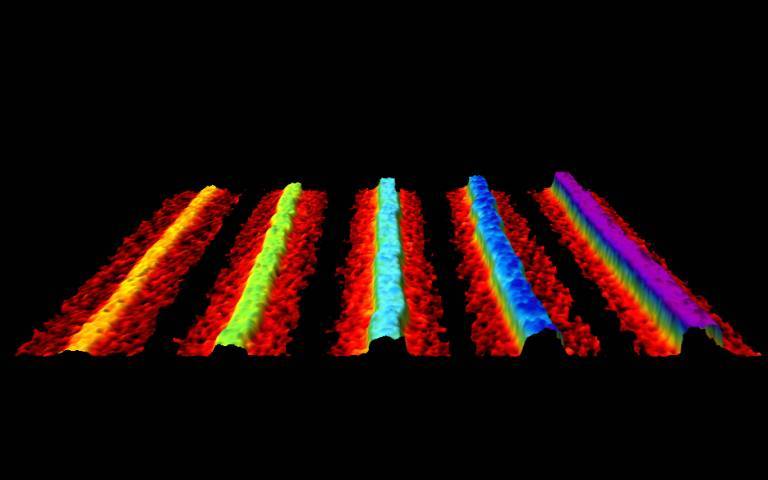 Phosphorene nanoribbons (PNRs) are ribbon-like strands of the 2D material phosphorous, which, similar to graphene, are made of single-atom-thick layers of atoms. A UCL team produced the nanoribbons for the first time in 2019, and hundreds of theoretical studies have predicted how their properties could enhance all kinds of devices, including batteries, biomedical sensors, and quantum computers.

However, none of these predicted exciting properties have so far been demonstrated. Now, for the first time, researchers have used PNRs to significantly improve the efficiency of a device – a new kind of solar cell. The details are published in the Journal of the American Chemical Society.

Co-author Professor Chris Howard (UCL Physics & Astronomy), whose team also reported the discovery of PNRs in 2019, said: “We were really excited to report our accidental discovery of PNRs a couple of years ago, but these recent data are perhaps more satisfying because they not only confirm some of the transformative properties theoretically predicted for PNRs, but demonstrate how these properties can be harnessed in the important application of solar cells.”

Lead author Dr Thomas Macdonald, formerly a researcher at UCL and now based at Imperial, said: “Hundreds of theoretical studies have foreseen the exciting properties of PNRs, but no published reports have yet demonstrated these properties, or their translation into improved device performance.

“We are therefore delighted to not only provide the first experimental evidence of PNRs as a promising route for high-performance solar cells, but also showcase the versatility of this novel nanomaterial for use in next-generation optoelectronic devices.”

The team incorporated the PNRs into solar cells made from perovskites – a new class of materials that hold promise as scientists can easily change how they interact with light to suit a range of applications.

Contrary to traditional inflexible silicon-based solar cells, perovskite solar cells can be made from liquid solutions, facilitating low-cost printing into thin, flexible films. Novel nanomaterials, such as PNRs, can be simply printed as an extra layer to improve device functionality and efficiency.

By including PNRs, the team were able to produce perovskite solar cells with an efficiency above 21 per cent, on a par with traditional silicon solar cells. They were also able to experimentally verify just how PNRs are able to achieve this improved efficiency. 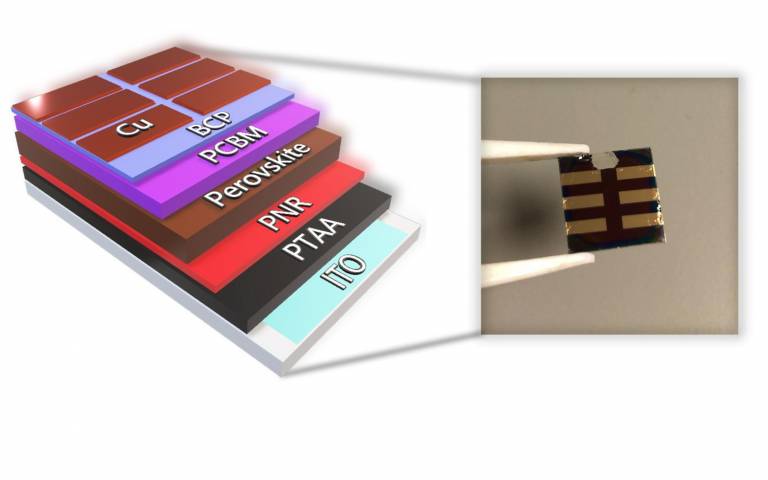 They showed that PNRs improve ‘hole mobility’. ‘Holes’ are the opposite partner of electrons in electrical transport, so improving their mobility (a measure of the speed at which they move through the material) helps electrical current move more efficiently between layers of the device.

This experimental validation of the power of PNRs, the team say, will help researchers create new design rules for optoelectronic devices – those that emit or detect light.

Further studies using PNRs in devices will allow researchers to discover more mechanisms for how they can improve performance. The team will also explore how modifying the surface of the nanoribbons could improve the unique electronic properties of the materials.