Opinion: Floods are going to get worse - we need to start preparing for them now

We need to use the knowledge and wisdom gained from previous floods to plan for the future says Professor Ilan Kelman (UCL Institute for Risk & Disaster Reduction). 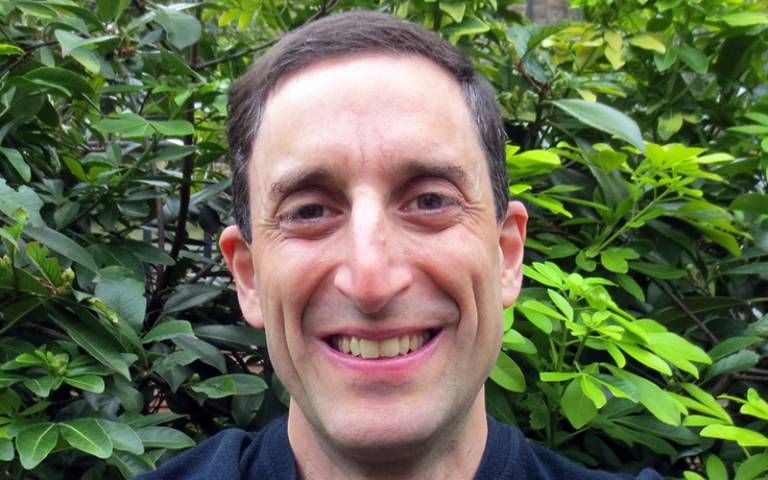 For many, 2021 was the year of the flood. From Canada to India, and across western Europe and Australia, this year’s deluges have led to hundreds of deaths, enormous financial costs and immeasurable suffering.

Research by myself and others on flood risk around the world shows how changing our perspective on floods can help us avoid disasters. No matter how much rain falls, flood disasters happen because of decisions that put people and places in harm’s way – and they can be averted.

For example, the southern part of the province of British Columbia in Canada has a lengthy history of floods and landslides. Deluges in November killed at least four people, washed away highways and forced towns to evacuate.

The excessive rain that caused this was most likely exacerbated by human-driven climate change, but its effects were made far worse by widespread deforestation, as well as the building of infrastructure on floodplains and even in a drained lake.

The 2018 floods in Kerala, in southern India, were also linked to deforestation and poor city planning, with increasing urban development a contributor to the floods in the region this year.

And in Western Europe, many places hit by rising water in July 2021 – such as the town of Altena in Germany – were known to be at high flood risk thanks to floods over past decades and centuries. Despite a flood alert system forecasting heavy rain days in advance, this information was never translated into action.

Each of these tragic situations, however, could have been prevented from becoming a disaster by taking simple measures to reduce risk before storms strike: measures like planning buildings on safer, higher land, improving forest and river management, reducing poverty and providing relevant safety education.

In 1970, a cyclone tore through Bangladesh, causing hundreds of thousands of deaths. Another cyclone in 1991 killed over 100,000 people. But in subsequent decades concerted efforts by governments and local leaders focused on risk awareness, livelihood resilience and evacuation procedures – these measures reduced the death toll across the country to just dozens when cyclones struck in 2020 and 2021.

Similar work saved thousands during hurricanes in Texas. In 1900, a hurricane passing through the city of Galveston left at least 6,000 bodies in its wake. But more recently, Tropical Storm Allison in 2001, Hurricane Rita in 2005, Hurricane Ike in 2008 and Hurricane Harvey in 2017 each led to a much smaller loss of life.

For Rita, over 80% of Texas’ 119 fatalities were attributed to poorly managed evacuation procedures. Similarly, despite record rainfall during Harvey, the hurricane’s destruction was largely the result of Texans covering floodable areas with buildings, without preparing citizens for what to do when floods hit.

As climate change worsens, it’s projected that tropical cyclones – and the floods they cause – will become less frequent but more intense. The consequences of future storms depend on our actions now. If fewer storms mean that our preparation for them becomes slapdash, then disasters will be worse.

We can see this phenomenon at work when people build flood-related structures like dikes, levees and dams. Since they create a barrier between water and floodable areas, people often assume that those areas are safe to build on and that they don’t need to worry about flood risk. Indeed, the structures get rid of many smaller floods. But when large floods inevitably occur and a river or ocean reclaims its territories, devastation is equally inevitable.

The history of New Orleans offers a classic example. Around half of the city currently lies below sea level, and records of city flooding from the Mississippi River date back over a quarter of a millennium. Plus, New Orleans has always been prone to storms, facing Hurricane Betsy in 1965 and Hurricane Camille in 1969.

In July 2004, the Hurricane Pam training exercise for emergency officials demonstrated how ill-prepared the city was for a direct hurricane hit: especially when it came to hospital evacuation, search-and-rescue efforts, debris removal and temporary shelters. Tragically, this scenario was recreated in real life when Hurricane Katrina tore through the city in 2005. Levees breached, evacuation and sheltering systems were chaotic, and people drowned while on the phone awaiting rescue.

Flood-prone cities are often “protected” by flood “defences”, which have served mainly to encourage housing and business development on floodable land such as in London and Singapore. Both cities sit upstream from vast defences which reduce the numbers of small floods, allowing construction of huge financial centres on floodplains.

But when, not if, a flood exceeds a defence’s capabilities, the lack of preparation will be apparent in the ensuing disaster. Warning systems, which are highly capable of issuing accurate flood alerts, exist – but as in this year’s floods in Germany, these won’t be effective without preparing populations for evacuation.

Rather than constructing dams, the Canadian city of Toronto opted to move buildings out of floodplains after Hurricane Hazel slashed a path through the city in 1954, killing at least 81 people.

Instead of rebuilding flood-ravaged residential streets, Toronto turned them into nature reserves to keep buildings out and water in. City planners then integrated the reserves into the expanding city by creating walking and cycling pathways alongside them. Now, these have become recreational and commuting routes, environmental education sites and a haven for wildlife.

When Hurricanes Isabel in 2003 and Sandy in 2012 again transformed Toronto’s watercourses into raging torrents, its floodplains were bare of buildings. Fallen trees littered mud-slicked paths, transportation and power was disrupted. But there was only one fatality. Let’s use this knowledge and wisdom to prepare other towns and cities for handling future floods.

This article first appeared in The Conversation on 6th December 2021.