Opinion: Afghan women are now in danger from the Taliban – but they have always faced male violence

The withdrawal of US troops from Afghanistan will have consequences for women but we need to continue to listen to them no matter what, says Dr Jenevieve Mannell (UCL Institute for Global Health). 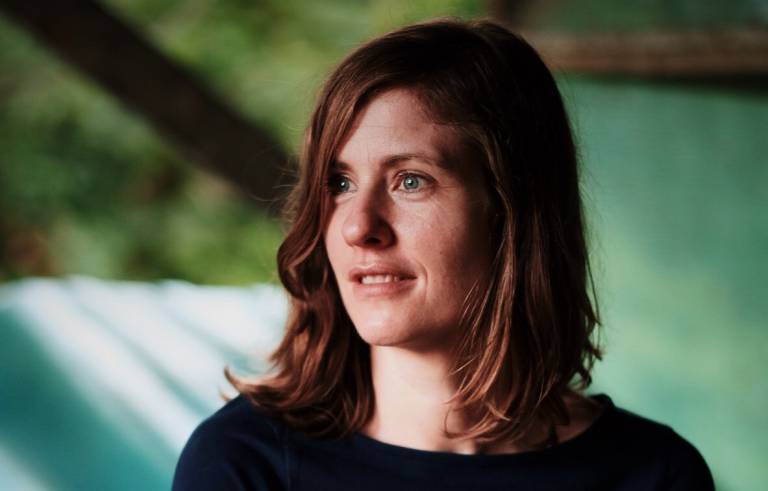 The takeover of Afghanistan by the Taliban has undoubtedly put women’s lives in danger and threatened their human rights in new ways. But if we want to help, we need to first understand that Afghan women’s lives were challenging long before the takeover.

The threat of violence has long been a harsh reality for many Afghan women: a survey by the Demographic and Health programme of USAID conducted in 2015 showed that 90% of women in some areas of the country have experienced violence from their husband. Women who manage to leave their abusive partners and families frequently experience further abuse from those who we may think of as trustworthy, including the police, doctors and government officials.

While safe houses for women did exist before the Taliban takeover – mostly in Kabul – these shelters were already perceived as shameful and immoral by many in Afghan society. For a survivor of violence living in a safe house, leaving for any reason is dangerous and requires a bodyguard, even to go to the doctor.

As a global health researcher, I have spent the past five years documenting women’s experiences of domestic violence in Afghanistan. We have talked to more than 200 women and men about violence against women and mental health across the country.

This has been one of the hardest places I have ever worked, politically and ethically. In most other countries, women who have survived violence are protected by government institutions, but in my experience, this has never been the case in Afghanistan. We have had to stop our research numerous times because the situation became too dangerous for survivors of violence, and we were afraid of putting the women we were trying to help at further risk.

Reading and analysing women’s stories of violence from Afghanistan is one of the hardest things I’ve ever done. These are not like stories of violence anywhere else in the world. They are brutal and the women involved are nearly always blamed. Most women have no choice but to stay with their husbands, and are beaten or abused if they ask for help. Other women, including mothers-in-law, are also often involved in perpetuating the violence.

Women are often grateful for the opportunity to tell our research team their stories. They say they have never had someone listen to them in this way before. Many explain the experience as cathartic and describe how their story has been “released from their body” through its telling. Stories are powerful, and if they are told to the right person, they can help people to heal.

The women we interviewed are painfully aware of the inequalities that exist between them and the men in their lives. They use the Dari equivalent of words such as “patriarchy” and “gender inequality” to talk about the stories they hear in the news. For example, the murder of Fakunda Malikzada by a mob in Kabul in 2015 is an event that profoundly resonates with Afghan women. Malikzada was a Muslim a woman wrongly accused of burning the Koran by an angry shopkeeper. Her death sparked widespread protests from women’s rights activists. Women talk about this story as if Fakunda was their friend. They see themselves in her story.

The men we spoke to are also acutely aware of the inequalities between men and women. But they often perceive women as needing men’s protection and guidance. “Teaching women” through the use of violence is described by some men as a means of keeping women safe or ensuring that they do not dishonour themselves (or their families). Not all men agree with these arguments, though, and several speak out against the use of violence against women for any reason. As in all countries, ideas about gender inequalities are a point of discussion, with arguments on both sides.

Four decades of armed conflict have magnified many of the inequalities women live with on a daily basis in Afghanistan. During the US occupation, Amnesty International and Human Rights Watch documented the role of international actors in supporting the mujahideen, fundamentalist warlords who had themselves been war criminals and perpetrators of sexual violence. Under the Afghanistan government, these same warlords became ministers, governors and members of parliament.

War has a way of emphasising gender inequalities. Many women talk about the Taliban, and how fathers and brothers were killed or exploited by the conflict. This was often the tipping point for their lives – without these men to protect them, these women were often married to violent or abusive men because there was no one with enough power to care for their interests.

The men we spoke with talked at length about how the war had affected the mental health of everyone in Afghanistan and how they thought this had led to more violence in the home. One man even asked us why we were asking about women, when men had been so severely affected by the war.

Under the Taliban, Afghan women’s stories will be lost – deliberately hidden to protect them from those who would do them harm. This is already happening. Our research team is scrambling to erase all trace of the people we have worked with. Websites are being removed and reports erased.

Meanwhile the UK government is publicly claiming that the “overwhelming majority” of eligible people have been evacuated. Yet our colleagues – talented, highly-educated women researchers – are still trapped in Afghanistan. UK helplines have been down or unresponsive, and only 5,000 people will be offered resettlement in the UK over the next year.

As time passes, we must not turn our back on these women’s stories both before and after the Taliban came into power. The US intervention in Afghanistan has had severe consequences for women’s lives, many of them negative. Conflict and poverty have contributed to underage marriages, and fed a drug trade that further perpetuates domestic violence. The disaster of the US withdrawal is also likely to have consequences for women as the rest of the world watches it unfold.

Afghanistan is proof of just how fast our human rights can be stripped away and our lives erased. We must continue to listen to what Afghan women have to say no matter what happens.

This article originally appeared in The Conversation on 27 August 2021.