Opinion: Why we need to waive Covid-19 patents

To control the pandemic, it is essential to suspend intellectual property rights on medical products related to Covid-19, argue Professor Mariana Mazzucato and Els Torreele (both UCL Institute for Innovation & Public Purpose). 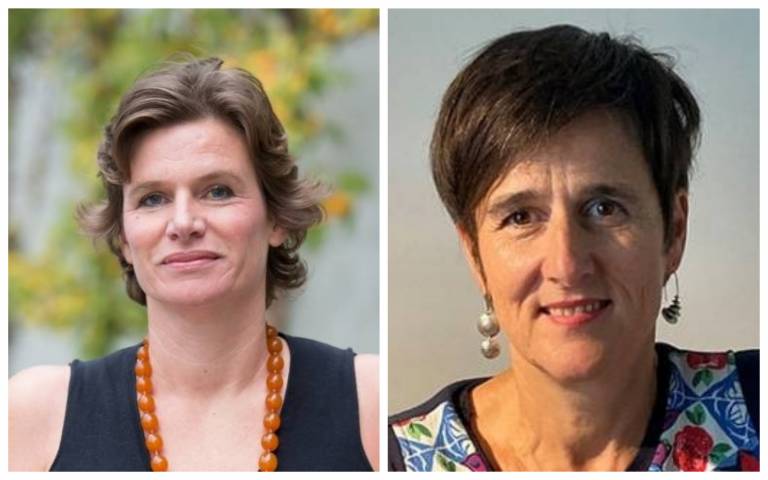 The rapid creation of Covid-19 vaccines is an amazing technological feat. It shows how much can be accomplished when human inventiveness and private-sector involvement are given extensive public support, from basic research to massive subsidies.

However, the innovation is futile unless the vaccines are distributed equitably. The public-health benefits are undermined by a deepening chasm in availability. With most inoculations occurring in just a few rich countries and the vast majority of the world still unprotected, the pandemic is likely to be prolonged unless this disparity is overcome. New virus mutations are already emerging that could threaten the limited progress so far to contain the disease.

The solution is the People’s Vaccine—available to all, affordable by all. It would resolve the “vaccine apartheid” that is creating moral, health and economic catastrophes. The current scarcity of vaccines is artificial and avoidable. If the world were not blocked by intellectual-property claims, we could collectively mobilise enough production capacity to make vaccines to inoculate everyone—60% of the world this year, and everyone who wants a vaccine by the end of 2022, according to one estimate.

The hoarding of doses by rich countries and the hoarding of technology by drug companies sustains the scarcity. Companies spanning the globe, from Canada to Bangladesh, are ready to produce hundreds of millions of doses if provided with the know-how. But they are unable to start. Were the technology shared, those manufacturers could produce doses quickly, just as Moderna and Pfizer did last year. This would get more people vaccinated in more countries, and make fewer countries dependent on wealthy ones. Monopoly control over critical public-health technologies cannot be justified in a global emergency.

Drug companies claim that they can scale up production by themselves. But this is questionable. Already today, they have overpromised and underdelivered in their priority markets of rich countries. Both AstraZeneca and Johnson & Johnson face production challenges and are failing to live up to their supply commitments in Europe and North America. Moderna and Pfizer have mainly supplied America so far, with meagre quantities elsewhere.

Granted, the responsibility to deliver a People’s Vaccine is a global, collective one for all countries and organisations. However, rich countries have opted for a strategy that consists of fully vaccinating their own populations first, against the recommendations of scientists and the World Health Organisation (WHO) to prioritise the vaccination of health workers and the most vulnerable everywhere. At a minimum, rich countries should not act as obstacles to a rapid and comprehensive global vaccine roll-out. The least they can do is to stop blocking other countries that seek to produce their own doses.

This is where the debate about sharing intellectual property is critical. The stranglehold of patents is a major barrier to more output, because it gives pharmaceutical companies a monopoly on the knowledge necessary for production, thereby confining supplies to their own facilities and those of the few firms to which they grant licences.

Intellectual property is governed at the global level by a World Trade Organisation treaty called the Trade-Related Aspects of Intellectual Property Rights (TRIPS) agreement. Adapting it for the exceptional circumstances of Covid-19 is at the centre of a proposal by a group of developing countries. They request that a special waiver be granted, so they are no longer blocked because of intellectual property rights from using patented technologies to manufacture and deliver Covid-19 vaccines, diagnostics, treatments and the like.

Some argue that the TRIPS agreement already contains clauses (such as compulsory licensing by countries that do have production capacity) that provide flexibility on patents. But these are too limited in scope and time-consuming to use. A waiver would pave the way to transfer the technology so any country could manufacture or import and distribute vaccines—at costs well below what drug firms are now charging in an environment of scarcity. A waiver would also protect poor countries from having trade-disputes brought against them by richer ones.

The financial situation is dire. Many countries are unable to afford vaccines for their entire populations. Because of the competition for doses, lack of bargaining power and the opacity of contracts, the range of prices charged for vaccines is vast, reportedly from around $2 to as much as $40 per dose. Competition, lack of bargaining power and opaque licensing agreements have meant that in some cases, rich countries are paying significantly less for the same vaccine than poorer nations.

AstraZeneca pledged to sell its vaccine at cost, yet different prices are charged in different regions. The European Union is paying less for it than countries like Bangladesh, Uganda and South Africa. Among the more commercially-minded drug companies, prices may increase. Pfizer says it will likely raise prices once the acute phase of the pandemic is over. Johnson & Johnson and Moderna could follow suit.

However, this is not about aid to poor countries: suspending intellectual property would benefit people in rich countries too. There would be more doses and less hoarding everywhere. The larger supply would reduce vaccine prices generally. Critically, it would reduce the burden of treating patients and decrease the risk of more dangerous variants emerging, for which current vaccines may not work.

The need for an intellectual-property waiver is clear for vaccines, but it is also important for treatments like drugs, ventilators, masks and other products. Already, drugs like remdesivir that are being used to treat severe cases are in short supply in much of the developing world, with predatory pricing by distributors preventing access. Such problems could intensify as more effective drugs are developed. Hence, the waiver covers the range of health challenges presented by the pandemic.

The pharmaceutical industry argues that tinkering with intellectual property rights will undermine future innovation, and that they need these monopolies on knowledge to reward investments and risks. Yet, in the specific case of Covid-19 vaccines, these considerations are immaterial.

First, patents erect barriers against competitors when what is needed is technological co-operation, harnessing our global scientific and technological capabilities to fight the virus together. Intellectual-property rights were never designed for use during pandemics. And general exceptions have been created in the past to ensure they are not a barrier for public health, such as the exception for penicillin production during the Second World War.

Second, epidemic-response R&D has never relied on classic market-based incentives like patents. Instead, government research funding and advance purchase commitments to defray risk have been the main drivers. That was the case with Ebola, where R&D would not have happened without major public investment and leadership—and now again for Covid-19, where massive public investments have accelerated and eliminated risk from industry’s efforts.

In America alone, six vaccine companies have received an estimated $12bn of public money. Development of the AstraZeneca/Oxford vaccine is estimated as having been 97% publicly funded. The subsidies and advance-purchases reduced firms' risk and ensured that successful companies would be amply rewarded. In addition, vaccine development has benefited from prior public research and accelerated approval rules that lowered the costs of clinical testing.

Already today, the main vaccine-producers received what could be considered reasonable returns on their investment and more. For example, the estimated sales of the Pfizer-BioNTech vaccine in 2021 is $15bn with a profit margin as a percentage of revenue “in the high 20s,” according to Pfizer.

Those opposing the waiver argue that there is no guarantee that this approach will solve the manufacturing shortage. Yet in a pandemic, it is imperative to remove as many barriers as possible to increase production, and patents are a foundational and far-reaching obstacle. Certainly, the suspension of intellectual-property rights will not be enough. Governments should insist that companies whose R&D they subsidised provide access to the technology and know-how. So far, voluntary knowledge sharing through a dedicated facility in the WHO called the Covid-19 Technology Access Pool has been dismissed by companies and as a result, has not been used since its creation in May 2020. More radical measures are thus warranted.

Suspending intellectual property rights does not mean erasing the prospect of profits: waiver requirements can always incorporate reasonable compensation, taking into account the R&D costs and other investments that companies have made.

However, keeping such information in private hands is not just unethical, it destroys the very purpose of the public investment that was meant to address the crisis. Covid-19 is a global public health and economic emergency. It will not end unless we have the courage to embrace new solutions for knowledge sharing and co-operation to meet our moment in history—and to affirm our humanity.

This article originally appeared in The Economist on 20 April 2021.