Lack of sleep in middle age linked to dementia risk

People who sleep six hours or less each night in their 50s and 60s appear to be more likely to develop dementia later in life, according to a new study led by UCL and INSERM researchers. 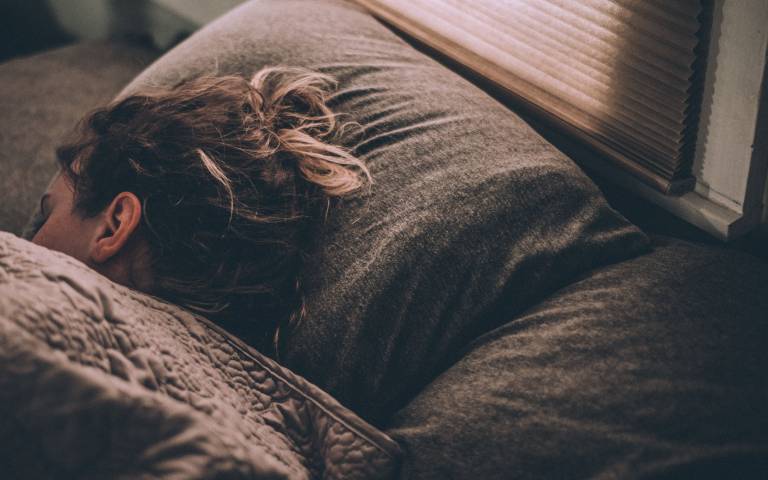 Those who persistently slept six hours or less per night were roughly 30% more likely to develop dementia, compared to those with normal sleep duration, according to the findings published in Nature Communications.

Lead author Dr Séverine Sabia (UCL Epidemiology & Public Health and INSERM) said: “Sleep problems are known to occur in people with dementia, but it remains unclear whether sleep duration in midlife affects the risk of developing dementia at older ages. Here, by using a very long follow-up period, we have found that short duration sleep in midlife, assessed more than 25 years before mean age at dementia onset, is associated with dementia risk in late life.

“While we cannot confirm that not sleeping enough actually increases the risk of dementia, there are plenty of reasons why a good night’s sleep might be good for brain health. These findings confirm the importance of sleep hygiene for health.”

There has been growing evidence to suggest sleep patterns before dementia onset may contribute to the disease. Insufficient time spent sleeping is linked to dementia risk in adults aged 65 and older, but this may be due to very early changes linked to dementia progression, and it was previously unclear whether the association was also true for younger age groups.

The researchers used data from 7,959 British adults who are part of the Whitehall II cohort study, based at UCL. They self-reported their sleep duration six times between 1985-1988 (age range: 35 to 55 years) and 2015-2016 (aged 63 to 86) enabling the researchers to gauge sleep duration at ages 50, 60, and 70. Some participants also wore watch accelerometers over a full week, to derive an objective measure of sleep duration. 521 of the participants had developed dementia by the end of the study period in 2019.

The researchers found that those who slept six hours or less each night while middle-aged were significantly more likely to develop dementia later in life, compared to those who slept seven hours per night. They did not find any significant link between sleeping for eight or more hours, and dementia risk.

The researchers found that the association was independent of potentially confounding factors such as mental health, or differences in behaviour, sociodemographic status, or heart health.

Previous studies reported an increased in dementia risk among those who sleep for longer than average, but results were inconsistent. Further studies including more individuals with long sleep will be needed to understand the role of sleep duration in dementia risk.

Senior author Dr Archana Singh-Manoux (UCL Epidemiology & Public Health and INSERM) said: “We know that sleep is important to our brain health, as it is involved in learning and memory, waste clearance from the brain, and the ability of our brain cells to remain healthy. A better understand of how sleep features might shape our risk of dementia is needed, as this might help researchers develop new ways to reduce the risk of dementia, or to delay its progression.”

The study involved researchers in the UCL faculties of Population Health Sciences and Brain Sciences, Université de Paris, INSERM, and Accelting. The Whitehall II study is supported by the National Institute on Aging, NIH, Wellcome, the Medical Research Council, and the British Heart Foundation.