Covering up gaps around the screen separating bus drivers from passengers is an effective way to reduce Covid-19 transmission risk for drivers while they are in their cabin, according to a study by UCL researchers commissioned by Transport for London. 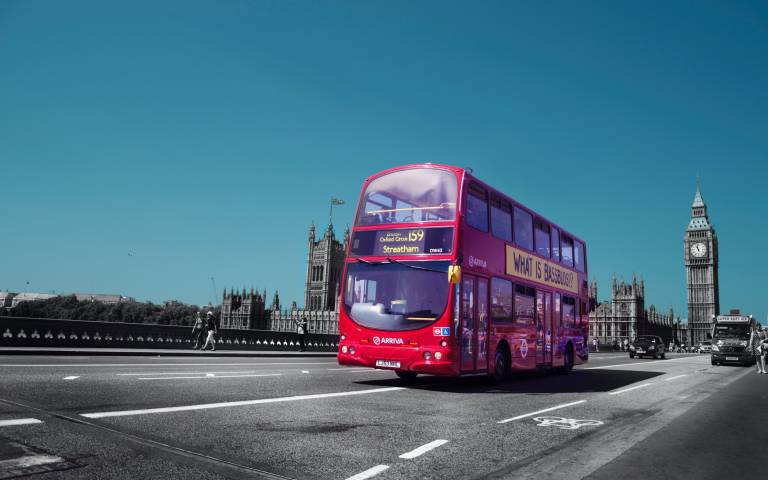 The research team from UCL’s Centre for Transport Studies and UCL Civil, Environmental & Geomatic Engineering used computer simulations of airflow to determine the risk that bus drivers might breathe in droplets or aerosols from infected passengers.

Middle door boarding was introduced by TfL from 20 April as an emergency temporary measure to reduce interaction between bus drivers and passengers. At the time, Londoners were being encouraged to make essential journeys only, passenger numbers were very low (around 15 per cent of normal demand) and 2m social distancing guidelines were in place.

In response to the researchers’ advice in April, TfL worked with bus operators and the Unite union to introduce extra protection to bus drivers’ screens, covering speech holes and covering gaps around the card payment reader and windscreens. The simulations were carried out between April and July, with the researchers making recommendations based on their research throughout the process.

In June, TfL announced a return to front-door boarding following evidence from the research team suggesting that extra protection to the screen made it safe to do so.

In their report, the researchers emphasise that, with gaps around the screen now closed, drivers should keep their cab window open and separate ventilation should be introduced to the cabin to avoid a build-up of carbon dioxide and ensure safe air quality. The researchers also recommended stronger ventilation systems throughout the bus.

Professor Nick Tyler (UCL Civil, Environmental & Geomatic Engineering) said: “Our research suggests that, with extra protection around the driver’s screen, bus drivers are at an extremely low risk of Covid-19 infection while they are in their cabs. For drivers and passengers, opening windows can also greatly reduce transmission risk.”

Using a supercomputer, researchers simulated the flow of tiny droplets (aerosols) from a passenger coughing five times and breathing for a minute in front of the driver’s assault screen.

The researchers found that in the first instance, without any post-Covid interventions, 7.9% of the exhaled breath would reach the driver’s cabin. This fell to 0.25-0.3% if gaps around the screen were reduced to 5mm, depending on whether both doors were open at the bus stop or only the front door.

In the case of middle door boarding (with the front door closed), the team found that 18% of the exhaled breath could reach the driver’s cabin due to airflows on the bus. This would fall to 0.8% with the extra screen protection. The amount of exhaled breath reaching the cabin dropped to zero if the driver’s cabin window was kept open. The simulation failed to detect any amount of exhaled air inside the cabin when the window and both doors were open.

Researchers explain that regardless of the door operation, exposure to these miniscule amounts for a short time would not be likely to pose an infection risk.

Dr Liora Malki-Epshtein (UCL Civil, Environmental & Geomatic Engineering) said: “Our simulations show that an open window and extra protection around the screen are effective ways to keep drivers safe while they are in their cab.

“In the longer term, we recommend that new ventilation systems are introduced bringing a stronger flow of air from outside. This is a priority for all busy public spaces that are indoors. High standards of ventilation can reduce the dose of the virus people are exposed to, lower the risk of transmission and may be an important route out of this pandemic. In the meantime, it is vital that passengers do the right thing and wear face coverings whenever they are in public spaces, to protect themselves and others.”

The team simulated the spread of tiny aerosols, which remain in the air for hours, rather than larger droplets, which fall quickly onto the floor and would not reach the driver’s cabin. The researchers did not simulate the effect of wearing a face covering, as face coverings were not recommended at the time the simulations were designed.

The researchers recommended that, along with keeping cabin windows open, drivers use antimicrobial wipes at the start of their shift to clean frequently touched surfaces such as steering wheels, and that they spend as little time as possible in the bus outside their cabin, wearing a face covering and using hand sanitiser where possible.

The multidisciplinary team was made up of Professor Tyler examining impacts on service and passengers, Dr Malki-Epshtein who advised on airborne transmission mechanisms and ventilation standards, Professor Thorsten Stoesser who oversaw the airflow simulations and Dr Lena Ciric who advised on virus transmission and removal.