This week we talk to Bill McGuire, Professor Emeritus of Geophysical & Climate Hazards. He tells us about his work on climate change and the importance of environmental activism, and his new and upcoming novels. 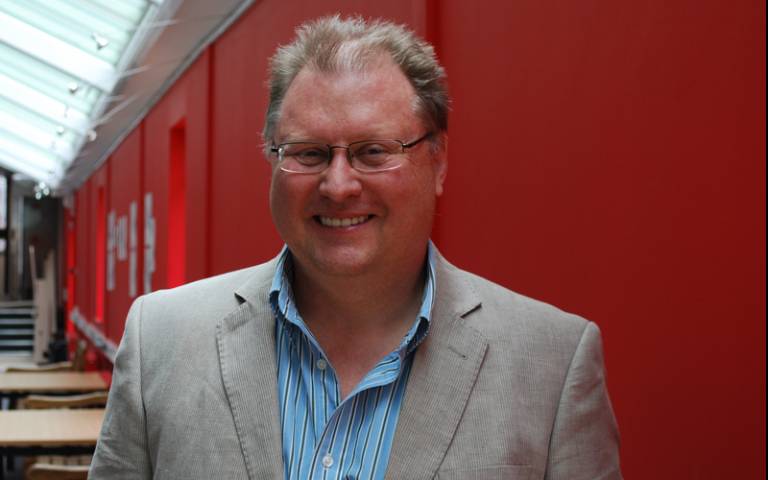 As Professor Emeritus of Geophysical & Climate Hazards, the research-active phase of my career is beginning to wind down a little, the gap filled by writing popular science and speculative fiction. I am also a patron of Scientists for Global Responsibility, a Co-director of the New Weather Institute think-tank and a member of Writers Rebel, so I keep busy.

I graduated from UCL in 1976, and returned in 1997 to take up positions as the Greig Fester Chair in Geophysical Hazards and Director of the Greig Fester Centre for Hazard Research (now the UCL Hazard Centre).

Probably establishing a clear link between the intensity of coastal and island volcanism and sea-level change. More broadly, to draw together and highlight the evidence for significant linkages between a changing climate and hazardous responses from the solid Earth.

I am working on Earth Divided, a young adult novel in which not all dinosaurs became extinct, so that 65 million years on, their descendants rule the planet, while subservient humans live in reservations or work in menial jobs.

This is a hard one. I wouldn't say that these answers are definitive, and I may feel different tomorrow, but let's go with the album Stationary Traveller (Camel), the novel Cider with Rosie (Laurie Lee), and the film, an unlikely toss-up between Local Hero and Hot Fuzz.

I’m against hunting. In fact, I’m a hunt saboteur. I go out the night before and shoot the fox!

Get into environmental activism as soon as possible. There really is only one Planet Earth.

That despite the McGuire surname, I am actually Welsh.

I don't think I can do better than my home village of Brassington, high up in the English Peak District. A close second would be the Caribbean island of Montserrat.

Bill's debut novel SKYSEED, an eco-thriller about climate engineering gone wrong, is out now. Find out more on his website http://billmcguire.co.uk/