Opinion: Miscarriage is still taboo – which is why Meghan's words are so powerful

The mixed reaction to Meghan Markle speaking up about her miscarriage proves that there’s a long way to go before women feel comfortable sharing their pain, says Dr Zeynep Gurtin (UCL EGA Institute for Women’s Health). 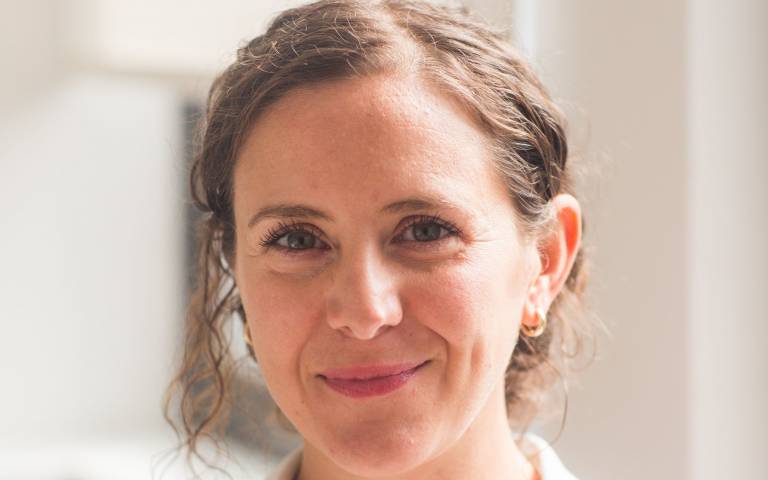 Yesterday, the Duchess of Sussex became the latest public figure to reveal her membership of a secret club that no one wants to join. In a piece that was rapidly read around the world, Meghan described the July morning on which she suffered the miscarriage of her second pregnancy and the “almost unbearable grief” she and her husband have experienced. “I knew,” she writes, “as I clutched my firstborn child, that I was losing my second.” It is an arresting image, unusual in its representation of the two opposing truths about reproduction – nurturing new life on the one hand, loss and death on the other – in such close proximity to each other.

Although miscarriages are surprisingly common – experienced by approximately one in four women – there continue to be pervasive taboos around the subject. This is partly because around 85% of miscarriages occur within the first trimester, before most women publicly announce their pregnancies. This leaves many, like Meghan, mourning the loss of a much-wanted baby that no one even knew about. The infertility activist Katy Lindemann has called the early months “a sort of Schrödinger’s pregnancy”, when women are expected to hedge their bets and accept miscarriages without a fuss. She points out that the 12-week rule imposes an unnecessary and harmful secrecy around pregnancy loss, leaving women to cope alone just when they most need support and community.

Over the past 15 years, as part of my research into different experiences of reproduction, I have interviewed countless women who endured their miscarriages in silence, forced to negotiate the chasm between their devastating emotional experience and the social expectation to carry on as normal. Some recounted attending work meetings on autopilot even as they were still bleeding; some celebrated friends’ baby showers while masking their own heartache; and some described tentatively opening up to friends, only to then discover how many others had already been through the same thing.

Of course, the loss of any wanted baby is a profoundly personal tragedy that is mostly played out in private, but our deep cultural aversion to grief and loss creates additional layers of guilt, shame and stigma for those whose pain might be somewhat eased by its sharing. Even if we no longer measure women’s worth simply by their ability to reproduce, our dominant ideologies of progress, control and productivity mean that reproductive losses are seen as transgressive and threatening.

Some women never speak of their miscarriages to family or friends because they fear making them uncomfortable. Others blame themselves for having “failed” at pregnancy, and feel like something is wrong with them. This is why the personal accounts of women such as Michelle Obama, Chrissy Teigen and now Meghan matter so much. By speaking up about their loss and heartache, they help “normal” women feel less alone and give them a reference point for new conversations. The personal is not only political, but deeply powerful as well.

Dr Susie Kilshaw, a medical anthropologist whose work focuses on miscarriage, says she welcomes this growing public recognition of reproductive loss and the greater sensitivity in how it is managed medically. But she also points out that individuals’ responses can be vastly different. For example, while some of the women she has interviewed took comfort in memorialising their lost babies with personalised jewellery or symbolic tattoos, others approach the experience more pragmatically, and don’t even think of their losses as “babies”. Neither approach is better than the other, of course, and women should be able to respond in whatever way feels right to them. Kilshaw says: “More open discussions will allow for a wider diversity of voices to be heard, so that we can acknowledge other people’s suffering and empathise with them, even if we would have framed it quite differently ourselves.”

Although most of us won’t talk about it, at any given moment there is probably at least one woman in your friendship group, office or Facebook feed who is dealing with a recent miscarriage and the gamut of emotions that accompany it. Sophie King, a midwife who works for the charity Tommy’s, told me that Meghan’s honesty and openness sends a powerful message to these women: “You may feel incredibly lonely, but you are not alone.” Normalising conversations around miscarriage not only enables more of us to access help and information when we need it, but might just also create a more compassionate society that everyone benefits from.

Reading Meghan’s words, I felt sympathy for a couple who had not only lost a baby but presumably had done so while negotiating the kind of intense public scrutiny most of us can’t even imagine. I admire the courage it must have taken for Meghan to share her experience, knowing the mixed reaction it would inevitably elicit. Indeed, alongside the outpouring of support and praise, there has also been brutal judgment and criticism from those who’ve accused her of oversharing and attention-seeking. But, as the psychotherapist Jody Day points out: “This is precisely how taboos are broken – when people choose to speak out despite knowing they will be criticised, attacked and shamed for doing it.”

If you have been affected by pregnancy loss, information, help and support are available through Tommy’s and the Miscarriage Association.

This article originally appeared in The Guardian on 26 November 2020.