Opinion: It's time to end the tyranny of coupledom

The couple norm has proved tenacious in the face of enormous social changes. But increasingly, people are challenging it, argues Professor Sasha Roseneil (Dean of UCL Social & Historical Sciences). 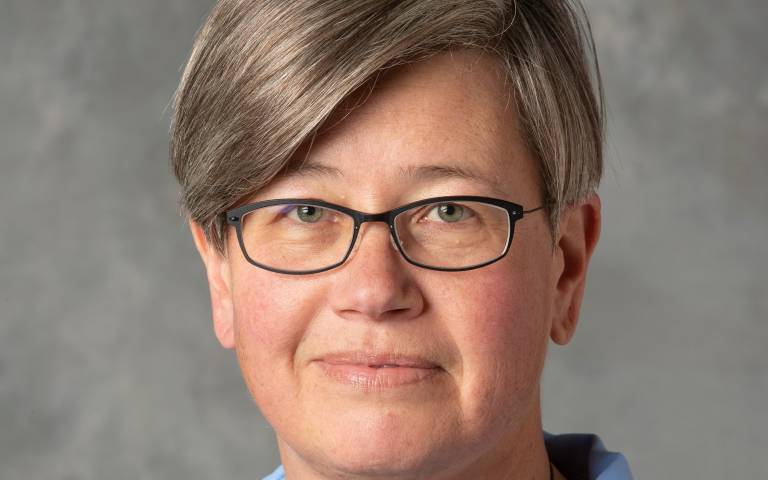 Recent decades have seen huge changes in how we live our close relationships. As the extended family has receded from daily life, and the nuclear family has loosened its hold, people have been more free to make the sort of intimate choices that suit them.

Women’s greater economic and social independence, and the reshaping of cultural expectations and personal desires by feminist and LGBTQ+ movements, have spread ideals of equality, freedom and self-actualisation throughout the population. Divorce has become easier, and equality legislation has enabled more women to live autonomously. Sex between men has been decriminalised and same-sex marriage legalised. This has contributed to the rising number of people who live and parent alone, and who never marry, divorce, or live apart from their partners and openly form same-sex partnerships. In 2020, it is no longer legally or culturally obligatory for women or men to marry or to stay married – to be or to act heterosexual.

Yet against the backdrop of these radical upheavals in personal life, one unchanging aspect of the cultural ordering of intimacy becomes ever clearer: our lives remain profoundly shaped by the couple norm. This is the powerful and ubiquitous force – at once both social and psychological – which maintains that being in a couple is the natural and best way of living.

In a new book that I have co-authored, we have researched four very different European countries – the UK, Bulgaria, Norway and Portugal. We examined the legal and policy frameworks that govern intimate life in each country, and carried out detailed interviews with people from a wide range of backgrounds and ethnic groups. We found that amid enormous transformations in law, policy and ways of living, and notwithstanding differences between places and social groups, the couple norm continues to exert a strong and far from benign influence on people’s lives. It has remained largely unchallenged by the social movements that have changed so much about gender and sexuality; and, in fact, it is becoming more visible and potent as other norms of intimate and family life have been withering. Moreover, its pervasiveness means it is very hard for anyone to escape.

In the countries we studied, being coupled remains the very essence of “normal”, something fundamental to people’s experience of social recognition and belonging. Governments of all political hues and communities of every kind almost universally expect, promote and sometimes even enforce coupledom. The good citizen and the respectable, successful adult in all four countries – indeed of any country you might consider – is expected to be part of a couple. To be outside the couple is, in many ways, to be outside, or at least on the margins of, society.

The couple norm mandates that the intimate/sexual dyad is the basic unit of social life. It operates through laws and policies that assume and privilege coupledom, with myriad economic impacts in terms of access to welfare benefits, pensions, inheritance and housing. It works through the injunctions, expectations and informal social sanctions of family, friends and colleagues who encourage and cajole the uncoupled towards coupledom. And it is perpetuated through cultural representations of the good life as the coupled life that make it hard to imagine the possibility of contentment beyond the conventional pairing.

The couple norm is also internalised, and becomes woven into our sense of self. It forms part of our “normative unconscious”, so that non-conformity all too often produces feelings of shame, guilt, disappointment and anxiety for uncoupled people. But in reality, deviation from the couple norm is widespread. Many of us spend large parts of our life uncoupled, and feelings of failure and distress at not living up to the ideals of the couple norm can torment us. This can impel a desperate quest for to rectify the situation as people seek the comfort and social inclusion they believe is to be found with a partner.

But there is an increasingly vocal and confident cohort of people who are actively challenging the couple norm. We found examples of people in all countries who were creating new ways of living and loving that focus instead on finding satisfaction and security in friendship, community and self-care. Vera, a “single” heterosexual woman in her late 40s living in Lisbon, for instance, was bending the couple norm in choosing to share her domestic life with her best friend, a gay man she playfully referred to as her “husband”. And Vanessa, in London, had by a similar age had a number of unsatisfactory relationships, and now considered her close female friend to be the most important person in her life, so much so that they were considering formalising their relationship through a civil partnership, allowing them to benefit from the protections and recognition available to sexual couples. Paul, a “happily married” gay man in Oslo, rejected the cultural expectations of monogamy and romantic love that attach to the couple norm, admitting that he had never been in love with his husband and that they both enjoyed sexual relationships with other men.

Since we did this research, the Covid-19 pandemic has seen a significant intensification of the couple norm, and it highlights in new ways the stigma and marginalisation faced by those who are not conventionally coupled. Lockdowns forcibly redomesticate sexual and intimate life, cutting off physical connection between people who do not cohabit. People living on their own have been the object of much concern and pity from those who regard themselves as successfully coupled, yet there was a long delay in recognising the need for legal provision for those who do not live with a partner through the introduction of the concept of support bubbles.

There is a pressing need to move beyond couple normativity. The question to ask is, what it would mean for societies to cease promoting coupledom above all else, and to work instead to reduce the negative impacts of the couple norm? We propose a rethinking of the welfare state to be more “single-person friendly”, and to start thinking about how international human rights conventions might be extended to place the right to a fulfilling single life alongside the right to family life. The time has come to release the tenacious grip of the couple norm, for the benefit of us all – currently coupled or not.

This article was originally published in The Guardian on Saturday 14 November 2020.