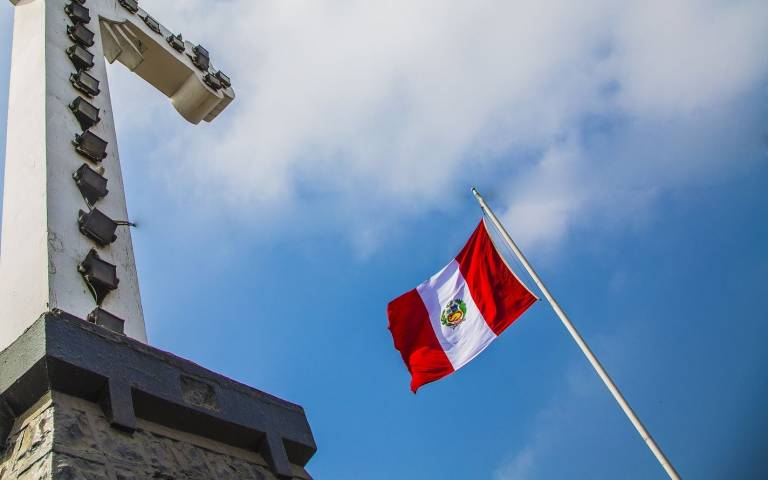 Peru is in deep crisis. The week-long regime of interim president Manuel Merino has been brought crashing down in the face of mass protests by tens of thousands of angry protesters. Three people were killed and dozens injured throughout the week when demonstrators took to the streets in Peru’s major cities, including the capital Lima, to protest the ousting of popular president Martín Vizcarra.

Vizcarra was deposed as president on November 9 over bribery allegations which he denies and which many are denouncing as a “parliamentary coup”.

Merino’s resignation followed the resignation of 13 cabinet ministers over police brutality and the interim president’s handling of the crisis. It is now up to congress to elect a successor.

It’s the latest development in more than a week of political turmoil in Peru, which began when congress announced it had voted to dismiss Vizcarra for corruption, arguing that he was “morally incapable” of ruling the country. This prompted much speculation as to the thin line between impeachment and coup.

Article 117 of Peru’s Constitution only allows impeachment under charges of treason, preventing the celebration of elections, and/or dissolving or obstructing the work of congress. The concept of “moral capacity” refers not to impeachment, but to “presidential vacancy” – situations where the president is unable to discharge his or her duties. Under Article 113 the presidency is vacant if the incumbent dies, resigns, flees, is impeached or suffers from “permanent physical or moral incapacity”.

This term, “moral incapacity” is a 19th-century term meant to apply in cases of insanity, where a person is no longer able to distinguish “good” from “evil” – in other words, if the presidency was vacant because the office-holder was incapacitated by reason of mental disability. Invoking Article 113 to remove a president required a medical certificate – not articles of impeachment.

But in 2000, the then president Alberto Fujimori – who is presently serving jail time for corruption and crimes against humanity – fled the country and resigned the presidency. An outraged congress refused to accept his resignation and instead declared the presidency vacant by reason of “moral incapacity”.

Fujimori did not suffer from any mental disability, but was instead deemed “too immoral to rule”. At the time this was seen as a practical fix for a once-in-a-lifetime crisis – a move that expressed the country’s collective sense of censure towards Fujimori’s actions, not a precedent to be used frequently. It had not been successfully used again until last week.

While popular with the voters, Vizcarra had no congressional majority. His anti-corruption reforms, including attempts at curtailing parliamentary immunity, angered a congress where 68 of 130 members are facing various criminal investigations.

The Fujimori “precedent” became a convenient political tool for the 2020 congress. Instead of the traditional interpretation, where the presidency vacates because of a specific event (for example, resignation, death or incapacity), congress decided “vacancy” was rather a congressional prerogative, where lawmakers can remove the president provided enough of them vote to do so.

Under this interpretation, immorality becomes anything congress defines it to be – without regard for due process. In Vizcarra’s case, the excuse was a still ongoing investigation for bribes allegedly received before his tenure as president. Vizcarra was removed before the investigation ended and without any legal certainty that a crime had been committed.

Once Vizcarra had been removed, Merino – as speaker of the congress – assumed the presidency. Human Rights Watch warned that: “There is every reason to suspect that they [supporters of the vote to remove the president] will use Vizcarra’s ousting to further undermine the rule of law.”

Protesters took to the streets, bringing a savage response from security forces. As the week wore on, Merino’s position came under more and more pressure and, after the resignation of the majority of his cabinet, he resigned and congress declared the presidency vacant.

Peru is not the first Latin American country to experience this kind of parliamentary “coup”. In the past decade, Honduras, Paraguay and Brazil have all experienced similar manipulations of constitutional law. Acknowledging this trend, the Inter-American Commission of Human Rights has been trying to establish clear guidelines to separate parliamentary coups from impeachment procedures.

In the specific case of Peru, it recently stated that “lack of an objective definition [for moral incapacity] gives [congress] a high degree of discretion that may undermine the principle of democratic institutionality”. In fact, in October 2017, the commission requested an advisory opinion from the Inter-American Court on the issue of distinguishing impeachments from parliamentary coups. Regrettably, the court refused the request in 2018.

The growing popularity of parliamentary coups in Latin America is frequently overlooked outside of the region, but it is nonetheless an extremely worrying practice. What has happened in Peru should be seen by the international community as a renewed opportunity to examine this new kind of antidemocratic procedure. In the meantime, without a clear consensus on how to move forward and restore stability, there will be difficult months ahead for Peru – and Latin American democracy in general.

This article originally appeared in The Conversation on 16 November 2020