16% of teenagers report high levels of psychological distress at age 17, finds a new study led by UCL researchers based on data collected in 2018-19. The findings also show 24% of young people report self-harming and 7% report self-harming with suicidal intent by age 17. 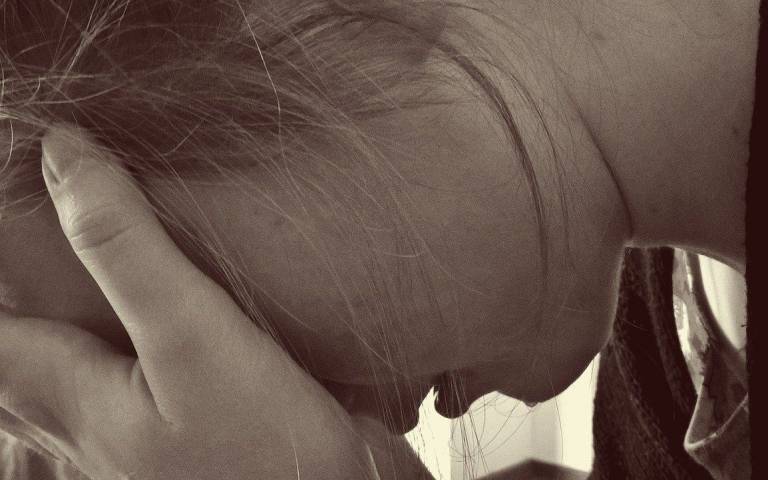 The research, which is being published in a briefing paper by the Centre for Longitudinal Studies (CLS) at the UCL Social Research Institute provides evidence of widespread mental health difficulties among the UK’s Generation Z before the COVID-19 pandemic struck.

The authors analysed information collected from more than 10,000 young people who have all been taking part in the MCS since they were born. In 2018-19 when study members were aged 17, they answered a series of questions about their mental health over the preceding month, whether they had self-harmed in the last year, and if they had ever self-harmed with suicidal intent.

Overall, 22% of females and 10% of males had high levels of psychological distress, including symptoms of depression and anxiety.

More than a quarter of 17-year-old females (28%) and a fifth of males (20%) reported self-harming in the previous year. Rates of self-harming had increased from 15% to 24% since study members were last surveyed at age 14. The increase was particularly marked for males, with rates more than doubling from 9% at age 14 to 20% at age 17, while females experienced an increase from 23% to 28% over the same period. One in 10 females (10%) and one in 25 (4%) males said they had self-harmed with suicidal intent.

Poor mental health and self-harm were more prevalent among White teenagers, compared to young people from other ethnic groups. However, rates of self-harm with suicidal intent were similar across all ethnic groups.

Young people from more disadvantaged families, in the lowest 40% of the income distribution, were twice as likely to report having attempted suicide compared to their more advantaged counterparts. The proportion experiencing psychological distress was also higher among those from lower income families. Notably, there was no difference in prevalence of self-harming among youths from different socioeconomic backgrounds.

At age 17, study members reported on their sexual identity for the first time. Compared to their heterosexual peers, LGB+ teenagers were twice as likely to have serious mental distress (41% vs 16%) and to have self-harmed (56% vs 24%), and were three times more likely to have self-harmed with suicidal intent (22% vs 7%). These findings are in line with previous studies which show that sexual minority youths are particularly vulnerable to mental health difficulties.

Report author Dr Praveetha Patalay (UCL Centre for Longitudinal Studies) said: “These findings underline the urgent mental health support needed by this generation. Supporting young people who are suffering from mental ill-health should be made a priority, and more needs to be done to prevent such high levels of difficulties emerging for future generations.”

“Age 17 marks an important age before many key life transitions, including the ending of compulsory education and, for some, moving away from the parental home. With the ending of support from Child and Adolescent Mental Health Services (CAMHS) around this critical age, many young people fall through the gaps between CAMHS and adult mental health services, potentially further worsening outcomes at the precise time when support is most required.”

Report co-author Professor Emla Fitzsimons (UCL Centre for Longitudinal Studies) added: “This is the first evidence to emerge on the prevalence of attempted suicide among 17-year-olds across the UK, and the finding that one in 15 had self-harmed with suicidal intent is alarming. The COVID-19 pandemic has since occurred, and the additional pressure this brings to bear on a generation already facing major mental health issues is hugely concerning.”

During the COVID-19 national lockdown in May 2020, when study members were aged 19, they were asked to answer the same series of questions on their experience of psychological distress as at age 17, to see how the pandemic was impacting them. With responses collected from 2,200 MCS participants, overall rates of poor mental health had increased slightly from 18.2% to 18.9% in this group, and were much higher among females than males at age 19 too. However, this increase in mental ill-health between ages 17 and 19 might reflect change that may naturally occur at this stage of life, as well as change attributable to the pandemic.

Anna Feuchtwang, Chief Executive of the National Children’s Bureau, said: “The levels of anguish indicated in this report show the desperate situation that many 17-year-olds face, even before the COVID-19 pandemic.

“These findings remind us that we should all be vigilant for young people in mental distress, listen to their concerns and signpost them to the sources of specialist support available. These conversations can help young people to cope and find a way through.”

“Policymakers too must play their part. We are calling on them to provide an additional package of support for young people making the already difficult transition to adulthood in these unsettling times. The government must take action to ensure every young person is able to keep the level of support they need when they turn 18, as they move from CAMHS to adult mental health services.”