Dr Rochelle Burgess (UCL Institute for Global Health) calls for mental health services to do more to support people during the Covid-19 pandemic. 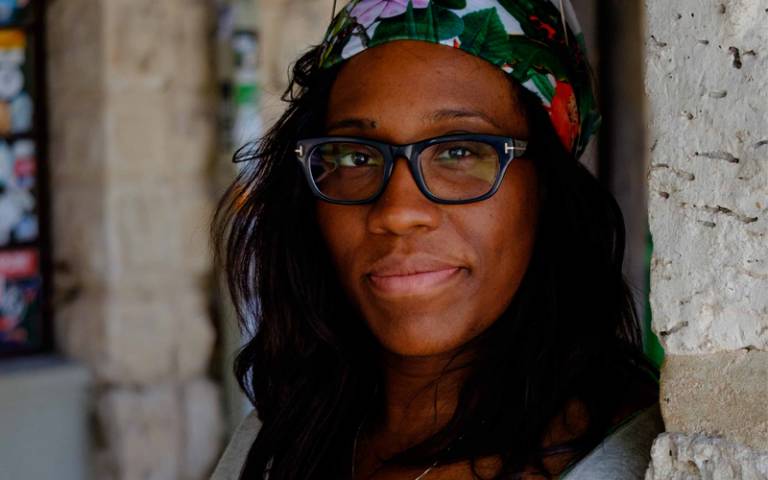 Early in the COVID-19 outbreak, I was surprised and relieved that mental health was getting due attention. The World Health Organization released guidelines on how to protect your mental health in March. The UK government responded rapidly with public-health guidelines and beefed-up online support. In April, The Lancet Psychiatry called for multidisciplinary research to develop mental-health responses during the pandemic (E. A. Holmes et al. Lancet Psychiatry http://doi.org/ggszmj; 2020).

But when I look closer, I’m struck with a familiar disappointment. Once again, recommendations forget half of the equation: our need to address the social and economic conditions that contribute to poor mental health. A woman who has lost her job and cannot feed her family will find little relief from a meditation app. Advice such as ‘stay off social media’ will do little to ease the anxiety of a young black man in constant fear of being kicked out of shops by security guards for wearing a face covering, or abused or even killed by law-enforcement officers who have been given new powers to police social behaviour.

Engaging with such systemic vulnerabilities is part of the active research field of community psychology. However, findings from this field are often sidelined by people and agencies crafting mental-health plans, which still focus mainly on the individual. Almost every time I am invited to a mainstream mental-health event to share research or policy advice, I am the only community psychologist in a packed room.

For more than a decade, I have researched community mental-health-care systems in South Africa, Colombia and the United Kingdom. One challenge that unites them is the gap between what poor and marginalized groups identify as the causes of their mental-health challenges, and the ability of services to hear and respond.

For a huge number of people, the world was a hard and unfair place before this year’s catastrophe. Pre-COVID-19, more than 700 million people around the world lived in extreme poverty, one in 3 women experienced violence during their lifetime and around 70 million people had been forcibly displaced from their homes. Nearly one billion lived in slums, with unreliable access to running water. Millions, most often people of colour, had precarious jobs. All over the world, billions lacked access to the basic necessities that make good mental health possible. The situation is even worse now.

Depression was already a leading cause of disability globally, and has been strongly associated with poverty in low- and middle-income countries. These are the very places that are predicted to be hit worst by COVID-19. Existing research tells us what we can expect. The Dohrenwend model for how mental health relates to socio-economic stress suggests two things. First, that social causation — or the financial strain, the increased exposure to violence and the food insecurity linked to poverty, combined with reduced access to social safety nets such as food banks, income support or family or friends who can offer loans — all increase the likelihood of people developing mental-health problems. Second, that those with pre-existing mental-health conditions are most at risk of ‘social drift’ — in which mental ill-health increases a person’s exposure to economic shocks and spurs their fall into poverty (B. P. Dohrenwend et al. Science 255, 946–952; 1992). Empirical work from South Africa suggests that for people who are already poor, this phenomenon is much worse — they become locked into cycles of poor mental health and poverty (C. Lund and A. Cois J. Affect. Disord. 229, 396–402; 2018).

This is what keeps me up at night, and has received little attention. We need a reimagining of what counts as treatment in mental health care. Right now, the COVID-19 mental-health strategy is dominated by concerns about an increase in deaths by suicide, a rise in the incidence of depression and possible neurological damage caused by the virus, and rightly so. But labelling a condition doesn’t make the social challenges around it disappear.

I know what the critics will say: that politics and economics are beyond the remit of a psychiatrist, or that a focus here will medicalize normal reactions to social adversity. But I say that both these positions forget the person at the heart of all these trade-offs. The mind is not isolated from the world it lives in. If psychology and psychiatry want to be truly patient-centred, we need to develop platforms that simultaneously engage with both. We need a practice that recognizes the environments that can make people ill, and that supports efforts to do something about it.

Does a telephone counselling service connect people to food banks or to charities that provide emergency shelter if they fear domestic violence? It should. Are mental-health campaigns arguing for better social protections so that unemployed people don’t fear death from starvation during lockdown? They should. Want to ensure this at scale? Support calls for debt relief in low- and middle-income countries so that they can afford to shift money to where it is most needed. Such approaches will prevent some of the most vulnerable people from becoming mentally ill in regions that lack the capacity to deal with compounding crises. They will also make a huge difference to the lives of those with existing mental-health conditions.

Human connection is important. But without food, shelter and safety, there can be little hope for sustaining good mental health during or after this crisis. This is well understood by the child-trauma programme at the Marjorie Kovler Center in Chicago, Illinois, run by the human-rights charity Heartland Alliance International. When switching its mental-health service online in response to COVID-19, the programme also prioritized responding to the financial, food and educational needs of the families it serves. More of this, please.

The political economy of mental health has always mattered, so let’s not limit our efforts to anxiety-management apps. They are not enough to stem the coming tide of despair.

This article was originally published in Nature on 4 May.