Newly qualified teachers report higher levels of wellbeing and life satisfaction compared to other graduates, but are more likely to say hard work is unrewarded, according to new UCL research. 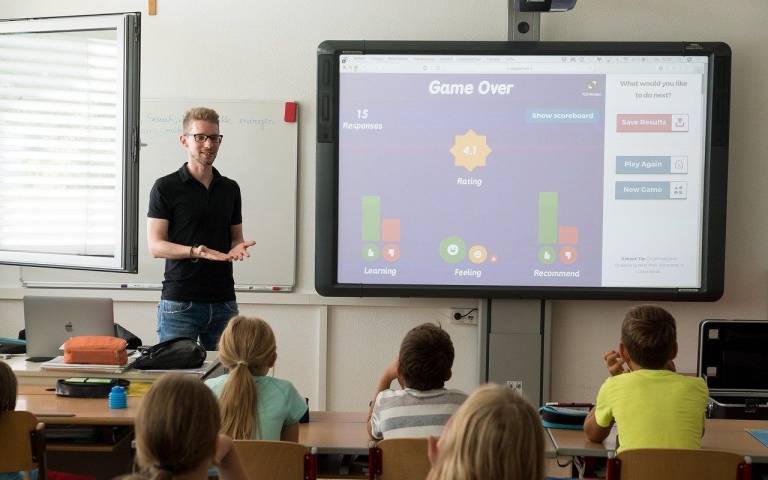 The study, published today in the British Journal of Educational Studies and funded by the Nuffield Foundation, also shows that newly qualified teachers work, on average, nine hours more a week compared to graduates in other professions.

Researchers from the UCL Institute of Education analysed data of around 16,000 people born in 1989-90 from the Next Steps cohort study. The study began in 2004 and has continued to track individuals into their twenties. By age 26 the final sample of teachers who had been in the job for up to three years was 291.

Teachers were asked questions about their wellbeing, health, working and social lives as well as whether they believed that hard work in Britain is rewarded.

Lead author, Professor John Jerrim (UCL Institute of Education), said: "We are currently seeing a shortage of appropriately qualified teachers, particularly in secondary schools, and we wanted to find out why so many are leaving the profession.

“This is of particular concern because not only are teachers feeling undervalued, many school teachers and heads are saying this is directly affecting and harming the quality of education pupils receive.”

Overall, teachers reported higher levels of life satisfaction and showed no evidence of worse mental health or less active social lives, when compared to others in the cohort. For example, 37% of teachers said they were ‘very satisfied’ at ages 20 and 26, whereas 34% cent of those in office jobs (for example) said they were ‘very satisfied’ at age 20 compared to 25% at age 26.

Teachers were however less likely than their peers to believe that Britain is a place where hard work gets rewarded. Around 30% of teachers agreed or strongly agreed that hard work is rewarded, compared to around 40% of health workers and lower-managerial workers and 45% of all graduates and over half of all office workers.

The findings also showed that compared to all graduates, teachers are paid around £22 more per week. However, teachers received £54 per week less than their peers working in health and £71 less than those in office jobs.

Professor Jerrim added: “If teachers are expected to work long hours, often for little extra pay – but do not feel that this effort is appreciated – it is little wonder why many end up choosing to leave the profession.

“More work needs to be done to understand exactly why young teachers feel this way, and education policymakers and school leaders need to make greater efforts to show junior teachers that their hard work and dedication to the job is highly valued and sincerely appreciated.”

Cheryl Lloyd, Education Programme Head at the Nuffield Foundation, said: “It is reassuring that the early career teachers in this study reported relatively good life satisfaction and similar mental health to their peers.

“However, given the ongoing teacher supply crisis we must not be complacent, as less experienced teachers are more likely to leave the profession. New, returning and more experienced teachers have a vital role to play in education and it is important that we build a better understanding of how we can better attract and retain teachers.”