Opinion: Why is UAE about to open four nuclear reactors? 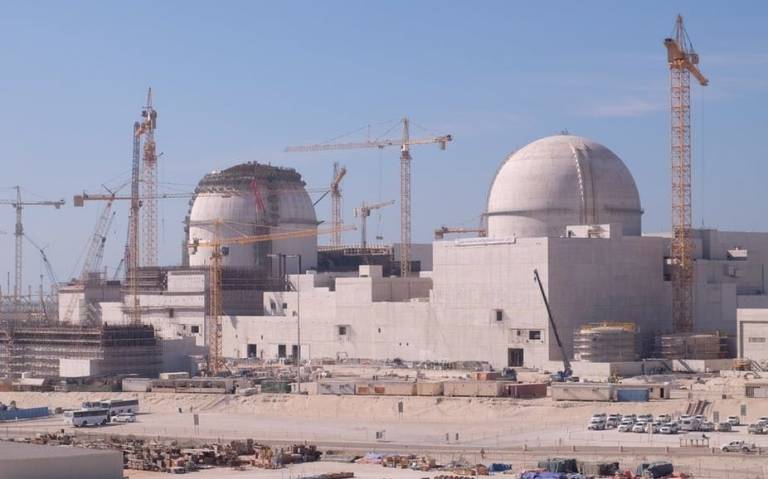 The United Arab Emirates (UAE) is building the world’s largest concentrated solar power plant, capable of generating 700 megawatts. During daylight, solar power will provide cheap electricity, and at night the UAE will use stored solar heat to generate electricity.

But at the same time, four nuclear reactors are nearing completion in the UAE, built by the South Korean Electric Power Corporation, KEPCO. The nuclear power plant is named Barakah - Arabic for divine blessing.

The UAE’s investment in these four nuclear reactors risks further destabilising the volatile Gulf region, damaging the environment and raising the possibility of nuclear proliferation.

Safety flaws
The UAE nuclear contract remains South Korea’s one and only export order, despite attempts by KEPCO to win contracts in Lithuania, Turkey, Vietnam and the UK. Barakah, construction of which began in 2011, is in the Gharbiya region of Abu Dhabi, on the coast.

Although nuclear reactor design has evolved over time, key safety features haven’t been included at Barakah. This is important, since these reactors might not be able to defend against an accidental or deliberate airplane crash, or military attack.

Particularly worrying is the lack of a “core-catcher” which, if the emergency reactor core cooling system fails, works to keep in the hot nuclear fuel if it breaches the reactor pressure vessel. Concrete cracking in all four reactor containment buildings hasn’t helped, nor has the installation of faulty safety relief valves.

All this is further complicated by large-scale falsification of KEPCO quality control documents, which ended up in a far-reaching criminal investigation and convictions in 2013.

Proliferation risks
The tense Gulf strategic geopolitical situation makes new civil nuclear construction in the region even more controversial than elsewhere, as it can mean moves towards nuclear weapon capability, as experience with Iran has shown.

Following military strikes against Saudi oil refineries in late 2019, nuclear energy safety in the region increasingly revolves around the broader issue of security. This is especially the case since some armed groups may view the UAE’s military operations in Yemen as a reason to target nuclear installations, or intercept enriched uranium fuel or waste transfers.

Such spillover from foreign policy – and politics more generally – will increasingly dovetail with nuclear safety considerations in the region.

Perhaps disconcertingly, Yemeni rebels already claim to have fired a missile at the Barakah nuclear power plant site in 2017. Although UAE denied the claim, saying it had an air defence system capable of dealing with any threat, protection of Barakah won’t be an easy task.

Time to scramble fighter aircraft or fire surface-to-air missiles may be limited, as the attacks in Saudi Arabia indicated. Not only that, but the increase in transport of radioactive materials into and through the Gulf once the reactors at Barakah start up will, unfortunately, present a major maritime risk.

Environmental concerns
The Gulf is one of the most water-scarce regions in the world, and Gulf states rely on desalination. Radioactive release to the marine environment following an accident or deliberate incident at Barakah would have significant pollution consequences for desalination and drinking water in the region.

And the UAE coast is a vulnerable environment, critically important for a very large range of marine life. Extensive mangrove habitats grow on and in coastal fine sediments and mudflats, notable for their ability to sequester radioactivity. Acting as a “sink” and concentrating radioactivity over time, normal operational nuclear discharge from Barakah will inevitably lead to human inhalation and ingestion.

The debate over nuclear power and climate is hotting up, with some scientists suggesting new nuclear can help. Yet, the International Panel on Climate Change recently reported that extreme sea-level events will significantly increase, whether emissions are curbed or not. All coastal nuclear plants, including Barakah, will be increasingly vulnerable to sea-level rise, storm surges, flooding of reactor and spent fuel stores. The UAE’s governmental environmental assessment of global heating’s impact on Barakah is conspicuous by its absence.

Since not all energy policy choices are equal, the case for nuclear power in the Middle East has never been strong. While lower CO₂ emissions and improvement in renewable technology is one explanation for the dynamic global ramp in new renewable generation and the fall in new nuclear – the main driver seems to be the plummeting costs of the former and the increasing costs of the latter.

So it’s strange that the UAE has cast significant resources at nuclear power, when other viable options already exist. Since new nuclear seems to make little economic sense in the Gulf, which has some of the best solar energy resources in the world, the nature of Emirate interest in nuclear may lie hidden in plain sight - nuclear weapon proliferation.

This article was originally published in The Conversation on 11 March, 2020.