The conductivity of living organs, such as the heart, could be imaged non-invasively using quantum technology developed by UCL researchers, which has the potential to revolutionise the diagnosis and treatment of atrial fibrillation. 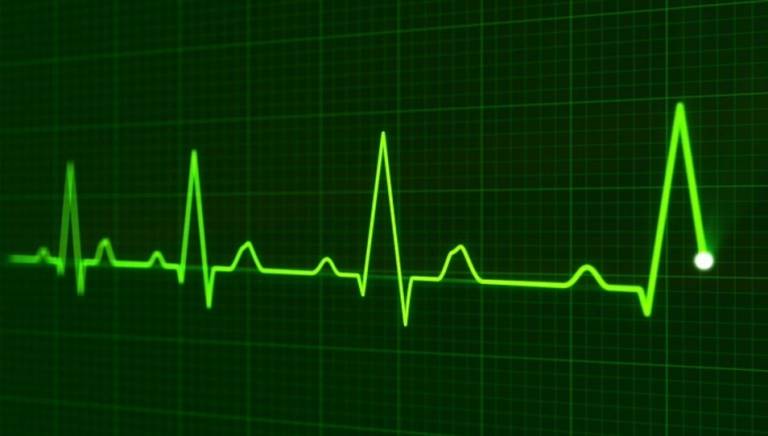 Atrial fibrillation (AF) is a heart condition that causes an irregular and abnormally fast heart rate, potentially leading to blood clots, stroke, heart failure and other heart-related complications. While the causes of AF are unknown, it affects around one million people in the UK with cases predicted to rise at a great cost to the NHS.

Currently, AF is commonly diagnosed using an electrocardiogram (ECG), but this can only be done during an episode, so complementary means of diagnosis are needed.

AF is treated through a surgical procedure called ‘catheter ablation’, which carefully destroys the diseased area of the heart to interrupt abnormal electrical circuits. In 50% of cases, patients require further treatment.

Testing of the UCL-developed technology, published today in Applied Physics Letters, shows it can successfully image the conductivity of solutions mimicking biological tissues and therefore, could be used to diagnose AF and identify areas of the heart where surgery should be targeted.

It would work by mapping the electrical conductivity of the heart in 2D to identifying anomalies where the heart is misfiring.

Corresponding author, Dr Luca Marmugi (UCL Physics & Astronomy and UCLQ), said: “Atrial fibrillation is a serious condition that surprisingly little is known about it. We hope to change this through our work with clinicians in terms of both diagnosis and treatment.

“Surgery to treat atrial fibrillation effectively cuts the wires to prevent a short circuit in the heart, resetting the irregular heartbeat to a normal one, and our technology would help to identify where the short circuit is. While not available in the clinic yet, we’ve shown, for the first time, that it is possible to map the conductivity of live tissues in small volumes to an unprecedented level of sensitivity and at room temperature.”

The team imaged solutions with a conductivity comparable to that of live tissues down to a sensitivity of 0.9 Siemens per metre and to a resolution of one cm using an unshielded atomic magnetometer with an AC magnetic field. These solutions were 5 ml in volume each to match the expected need of applications in AF diagnoses.

The signal was detected using Rubidium-based quantum sensors, which the team developed specifically to image small volumes accurately and consistently over a several days, with areas of brightness indicating high conductivity.

Being able to detect conductivity at less than one Siemens per metre is an improvement of 50 times on previous imaging results and demonstrates that the technique is sensitive and stable enough to be used to image biological tissues in an unshielded environment.

Co-author and group leader, Professor Ferruccio Renzoni (UCL Physics & Astronomy), said: “Electromagnetic induction imaging has been successfully used in a range of practical uses such as non-destructive evaluation, material characterization, and security screening, but this is the first time that it’s been shown to be useful for biomedical imaging. We think it will be safe to use as it would expose organs, such as the heart, to one-billionth the magnetic field commonly used in MRI scanners.

“We’ve achieved a phenomenal level of sensitivity in an unshielded, room temperature environment, which brings us a lot closer to bringing this technology to the clinic. It was only possible by using quantum technologies and we are excited about the potential applications for improving clinical outcomes of atrial fibrillation.”

The team envision an array of their quantum sensors that can be placed over the heart, giving readings in a matter of seconds.

The next step is for the team to collaborate with clinicians to integrate the technology into a tool for use in GPs surgeries and hospitals.

The work was funded by the UK Quantum Technology Hub in Sensing and Metrology, which is part of the Engineering and Physical Sciences Research council.

Using quantum sensors to map conductivity in the heart