Dr Christine ‘Xine’ Yao (UCL English) has been named as one of this year’s ‘New Generation Thinkers’ by the BBC and Arts and Humanities Research Council (AHRC). 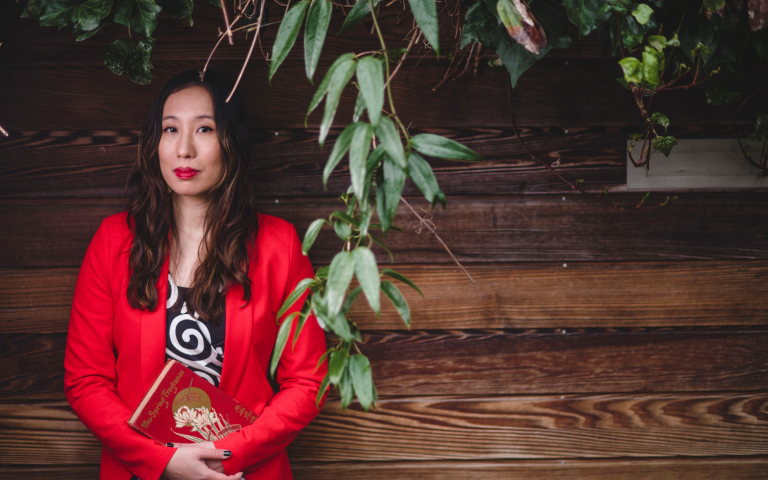 Each year the scheme gives ten early career academics, who have a passion for communication, a platform to share their ideas with a wider audience via BBC Radio 3 and other outlets.

This year marks the scheme’s tenth anniversary, during which 100 early career arts and humanities researchers, have had unique access to training and support from AHRC and the BBC. New Generation Thinkers alumni have gone on to become prominent public figures in their field as well as the face of major documentaries, TV series, and regular figures in national debate.

Dr Yao hails from Toronto, Canada. She joined UCL in 2018 as a lecturer in early and 19th century American literature. She researches topics such as race science, feminist fashion, queer tarot, and anti-racist practices. Before joining UCL she held a Postdoctoral Fellowship at the University of British Columbia.

She is currently working on her first book ‘Disaffected: The Cultural Politics of Unfeeling in Nineteenth-Century America’, which will be published with Duke University Press.

She presents the podcast, PhDivas, co-hosted with cancer scientist Dr Liz Wayne, which interviews women from across the STEM/humanities divide about their research and experiences of working in academia.

For the scheme, Dr Yao wishes to explore whether reading helps us with empathy and understanding of oppressed peoples. And what happens if those people refuse to express themselves in order to prove their humanity.

Commenting on the announcement, Dr Yao said: “As a recent arrival to the UK I am excited to bring different, sometimes counterintuitive, perspectives to my new home.

“This fantastic opportunity provided by the BBC and AHRC gives me a chance to share my research on race science and subversive politics, with a much wider audiences.

“Over the next 12 months, as one of the New Generation Thinkers, I hope  to challenge my new community as much as it challenges me.”

Professor Andrew Thompson, Executive Chair of the AHRC, said: “Since 2010 the New Generation Thinkers scheme has developed ten groups of academics to bring the best of university research and scholarly ideas to a broad audience through media and public engagement.

“Now, more than ever, we need to share the rich and diverse array of research in the world of arts and humanities with the public and open the window to a world of research that will amaze and engage.”

Alan Davey, Controller, BBC Radio 3, said: “At Radio 3 we want as many people as possible to have life enhancing cultural experiences, especially in these extraordinary times. Since the New Generation Thinkers launch ten years ago in 2010, it has changed the nature of academic debate on Radio 3. The scheme has supported and nurtured some extraordinary talent, and given the broadcasters of tomorrow a platform to spotlight fresh ways of thinking about both the past and present.

The successful ten were selected from hundreds of applications from researchers at the start of their careers. They have all demonstrated a passion for communicating their work and a skill for making complex areas of study engaging, accessible, and enlightening.