The UK2070 Commission, an independent inquiry into the UK’s regional inequalities of which UCL is a major partner, has issued its final report, urging the Government to “think big, plan big and act at scale” to arrest economic decline and social division. 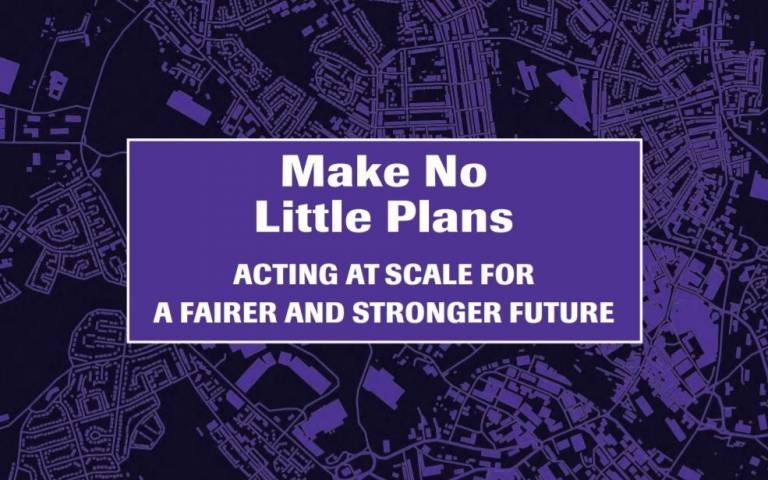 The report, Make No Little Plans – Acting at Scale for a Fairer and Stronger Future, concludes that regional inequalities blight Britain and calls for an extra £200billion to be channelled to disadvantaged parts of the country over the next two decades.

Professor David Price, UCL Vice-Provost (Research), said: “This report is a timely and important publication, which sets out our shared responsibility to address the growing scale of spatial inequalities in the UK.

“It also highlights the vital role that research plays in helping to understand these inequalities, as well as the potential for universities to contribute to the rebalancing of wealth and opportunity throughout the country.”

Professor Tomaney, Professor of Urban and Regional Planning at UCL, said: “The UK2070 Commission report presents a powerful analysis of the scale of regional inequalities in the UK and the urgent need to tackle these and makes practical suggestions about how this might be done.”

Lord Kerslake, Chair of the Commission, said: “The Government’s desire to level up the UK economy is welcome. However, the scale of the challenge we face is such that we need a generational shift if we are to avoid serious decline and division.

“Many people in Britain feel left behind by growth elsewhere and that has contributed to an acrimonious debate about Europe. We now face a decade of potential disruption – leaving the European Union, confronting the impact of climate change and adjusting to the fourth industrial revolution.

“Our research shows clearly that these inequalities did not grow up overnight. They reflect an over-centralised system that fails to comprehend the reality of regional need and consistently comes up with policies that are either under-resourced, too fragmented, or too short-lived to make a difference. Some policy guidelines have actively stacked the odds against the regions.

“Time is not on our side and we cannot afford to keep on repeating those mistakes. Government must therefore think big, plan big and act at scale. Bluntly, if it can’t go big, it should go home.”