Protected areas across the globe are effectively keeping invasive animals at bay, but the large majority of them are at risk of invasions, finds a China-UK research team involving UCL. 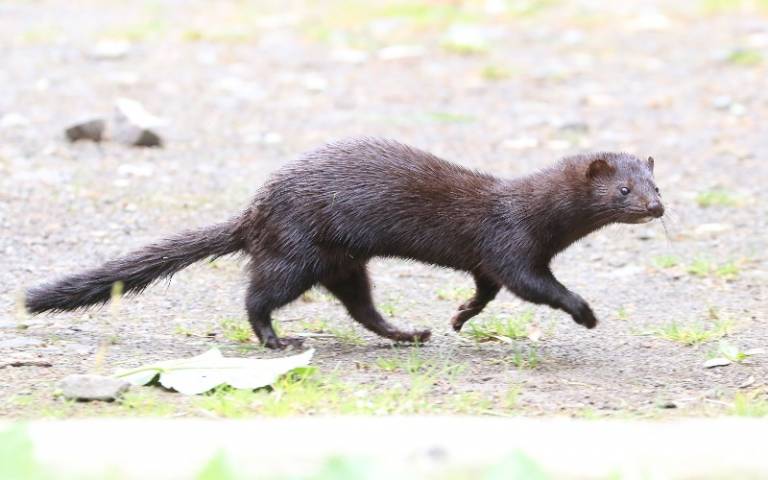 The research, led by the Chinese Academy of Science and published in Nature Communications, show that for most protected areas, there is an invasive animal species living less than 10km away that is well suited to the protected area’s environment.

Co-author Professor Tim Blackburn (UCL Genetics, Evolution & Environment and the Institute of Zoology, ZSL) said: “One of the most harmful ways that people are impacting the natural environment is through the introduction of ‘aliens’ – species that do not occur naturally in an area, but have been taken there by human activities.

“These species may kill or compete with native species, or destroy habitats, amongst other impacts. Invasions by alien species are regarded as one of the top five direct drivers of global biodiversity loss, and aliens are establishing themselves in new areas at ever increasing rates. Protected areas are a cornerstone of biodiversity conservation, but aliens don’t know where their boundaries lie. It’s important to know whether these areas might protect against the spread of invasive species.”

The researchers investigated 894 terrestrial animal species (including mammals, birds, reptiles and invertebrates) that are known to have established alien populations somewhere in the world.

They then assessed whether these species occurred within, or near, the boundaries of 199,957 protected areas across the globe, as defined by the International Union for Conservation of Nature (IUCN), including wilderness areas, national parks, and natural monuments or features.

More than 95% of the protected areas were deemed to be environmentally suitable for the establishment of at least some of the alien species under investigation.

The researchers also investigated common factors among the protected areas that are already home to alien species. They found that protected areas tend to have more alien animal species if they have a larger human footprint index, due to factors such as transport links and large human populations nearby.

The researchers also found that larger, and more recently established protected areas, tend to have more alien species. Older protected areas tend to be in more remote areas, so they are less exposed to human impacts.

Senior author Dr Li Yiming (Institute of Zoology, Chinese Academy of Sciences) said: “At the moment most protected areas are still free of most animal invaders, but this might not last. Areas readily accessible to large numbers of people are the most vulnerable.”

“We need to increase efforts to monitor and record invasive alien species that people may bring into protected areas, deliberately or by accident, especially damaging species like the American bullfrog, brown rat and wild boar.”

The findings do not suggest that the rich existing biodiversity in protected areas acts as a barrier to invasions, as they found mixed evidence on the relationships between existing native biodiversity and presence of invasive species.

Professor Blackburn concluded: “If alien species continue to spread – and we would expect many to do that – many more protected areas will have their boundaries reached, and potentially breached, by these alien species.”

The research was supported by the Second Tibetan Plateau Scientific Expedition and Research (STEP) Programme, National Science Foundation of China and Youth Innovation Promotion Association of Chinese Academy of Sciences.