Opinion: Can I, a coronavirus 'shielder', find consolation in lockdown?

Emeritus Professor John Sutherland (UCL English Language & Literature) praises the NHS and reflects on the lockdown during the Covid-19 pandemic. 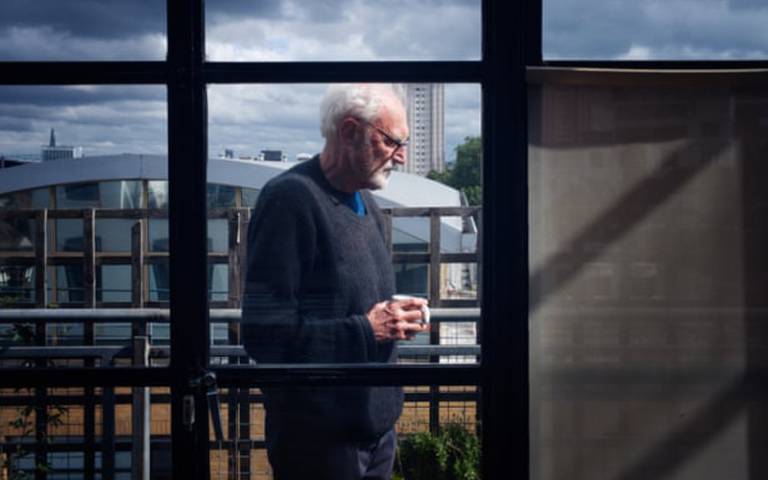 National hibernation the man called it. A refreshing winter snooze. For me what came to mind was not bears in the woods but imprisonment. “Lockdown” is jail jargon and it fitted.

It was a version of the 19th-century philosopher Jeremy Bentham’s theory that incarceration should be isolation (the “separate system”). Why? So that, alone with their thoughts, prisoners could reflect, repent and reform.

Examples bear out Bentham’s thesis. In his two years of solitary confinement Oscar Wilde produced his confessional, De Profundis. Not a witticism in it, but much truth. In my three months of social isolation a few groan-inspiring things floated from the profundis to the surface of my mind.

But one thought above all preoccupied me. Ancestry.com informs me that I have lived longer than any Sutherland as far back as records can reach – some nine generations.

As someone whose career was teaching and learning from literature, I have lived longer than every author, bar one, I’ve written a book on: Thackeray (died aged 52), Dickens (58), Walter Scott (61), Charlotte Brontë (38), Jane Austen (41), Shakespeare (52), Orwell (46). The exception is Hardy, who walked on through his Wessex countryside, noticing things others didn’t to the age of 87.

Question: how is it that I’m the Methuselah of Sutherlands? Answer: the NHS. It has been the extender of my days, from the tonsils it removed in 1947 to Mr Alistair Hunter who, seven months ago, nailed my shattered hip back together with three titanium screws.

I’m not, as Leonard Cohen put it, “living on pills for which I thank God”. But a potful or two are keeping me in trim, for which I thank Aneurin Bevan. With luck and medication, self-care and a functioning brain I hope to attain my Hardy year. And more.

I rejoice at that prospect. Why? Because I enjoy being alive: even if, like sobriety, it’s for one day at a time. It’s a gift none of the other Sutherlands before me have had.

The catch (there’s always a catch) is a virus that, like some microscopic white shark, is hungry for old meat like mine.

In mid-May the Guardian had the eye-grabbing headline: “Pensioners 34 times more likely to die of Covid-19 than working age Brits, data shows”.

Some weeks earlier the Sunday Times reported our Richelieu, Dominic Cummings, as saying about prospective Covid-19 casualty rates: “If that means some pensioners die, too bad.” Downing Street denied he’d said it.

It would have been a callous remark: but statistically, “some pensioners” is well off the mark. The latest Office for National Statistics figures record 29.7% of “excess deaths” have been in care homes. Add the “delayed treatment” for ailments the old suffer and the figures are mountainous.

While the younger bears are gamboling in the woods, scooping up life’s honey, the old must take care. Care homes, statistics suggest, are best avoided. How then? I am advised to “shield”, keep my head in my shell, isolate with some minimal bubble socialising. Till when? Vaccine or virus extinction. Somewhere over the rainbow.

What then to do in the meanwhile? Everlasting quarantine, the door opening twice a day to take the chamber pot out and put in the soup bowl in, would make death a merciful release. Shakespeare suggests a preferable answer.

In the Tempest, Prospero makes his retirement speech, breaks his staff and delivers his final verdict on life as illusion. Without that illusion – “life lies” as Ibsen calls them – human society would deflate like a punctured balloon. But when you’re a certain age, you can’t puff the balloon any more. Or can’t be bothered.

The formerly omnipotent Prospero makes way for the young – his 18-year-old daughter leading the way – to live their life lies. He will, he announces, “retire me to my Milan, where / Every third thought shall be my grave”.

But what about the other two thoughts? I see Prospero keeping his distance in his hometown streets, enjoying the fraction left to him in age, relishing the moment, always reminding himself that there are fewer moments ahead than behind. Enjoying to the full, as one of the great novels of our time puts it, “the remains of the day”.

That, for what it’s worth, is the thought I have come out with from the last three months. And I thank Kazuo Ishiguro for expressing that thought so exquisitely better than I could. And, of course, I thank the NHS.

This article was first published in the Guardian on 28 June.