The upcoming future strategy for conserving biodiversity must include a prominent target to lower extinction rates, according to a group including UCL scientists. 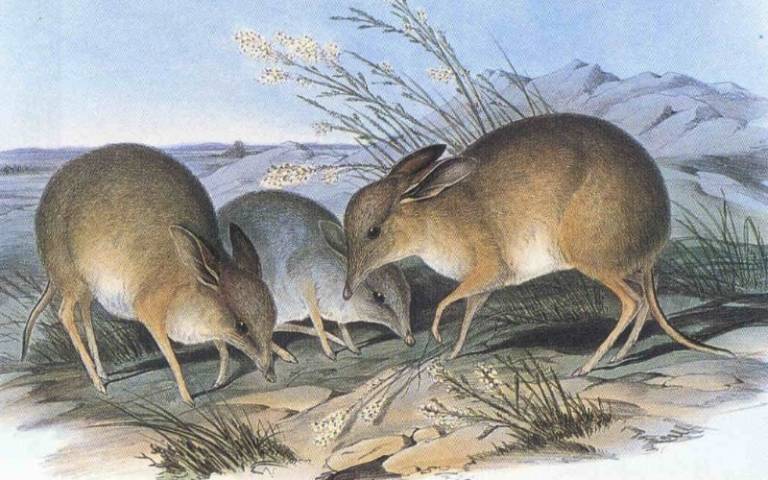 Biodiversity loss has continued unabated at an alarming rate, and so far, action to deliver on the global agreements in place has failed to prevent further declines. Strong science-based action is needed, the scientists argue, driven through the recognition of a prominent biodiversity target, comparable to that of the two-degree climate target.

In proposals published today in the journal Science, conservation experts are suggesting a long-term goal to reduce species extinctions towards natural rates, with an easily measurable objective of fewer than 20 extinctions a year.

It would apply to all described species across the major taxonomic groups (fungi, plants, invertebrates and vertebrates) and ecosystem types, whether freshwater, marine or terrestrial.

Report co-author Professor Dame Georgina Mace (UCL Centre for Biodiversity & Environment Research) said: “There are many ways to record biodiversity loss but we argue here that extinction is special. Once a species has gone, it has gone forever, and with it goes all the exquisite adaptations and interactions that it has developed, often over millions of years.”

This target is proposed as a prominent target of the post-2020 strategy to be adopted by the Convention on Biological Diversity (CBD), the international treaty tasked with producing the global plan for biodiversity.

In 2010, the CBD set out a strategic plan for nature which included 20- time-bound, measurable targets to be met by the year 2020 (the Aichi Biodiversity Targets). Of these, only four have shown good progress whilst 12, related to the state of nature, show significantly worsening trends.

New goals and targets were due to be agreed at the next CBD meeting, postponed now till 2021. It is essential that these goals and targets include a strong focus on required outcomes for biodiversity, and are accompanied by a strengthened accountability mechanism, if we are to ensure progress.

Much of the failure to make progress on existing biodiversity goals and targets can be attributed to a lack of mainstreaming of biodiversity in public policy, and limitations in raising the profile of species loss for politicians and the public. The post-2020 stage has become vital to define an agenda which offers solutions to biodiversity loss.

With the irreplaceable loss of a species being simple to assess and communicate, having this scientifically defensible prominent target will help to galvanise both policy and public support for nature, as well as continuing to support the overall goals of the CBD.

Professor Richard Gregory (UCL Centre for Biodiversity & Environment Research and RSPB) said: “We need a ‘North Star’ for nature. A bright, visible destination for global society to move towards so that we bend the curve of biodiversity loss from the top down, and bottom up, recovering species populations by protecting and restoring our vital ecosystems.”

Professor Mark Rounsevell (Karlsruhe Institute of Technology and University of Edinburgh), lead author of the paper said: "Over the coming decades further species extinctions may be inevitable because of human domination of the planet. So, a single prominent target based on extinction risk is needed in the further development of international nature conservation policy, as a means of supporting governments in arresting the loss of life on Earth.”

Dr Mike Harfoot (UN Environment Programme World Conservation Monitoring Centre) said: “The next decade is a crucial window for reversing biodiversity loss and finding a better balance between people and nature. A new species extinction target which is widely relatable could focus international policy efforts on achieving the positive outcomes we need to tackle the global nature crisis.”

Professor Paula Harrison (UK Centre for Ecology & Hydrology) added: “Raising public and political awareness of biodiversity loss is crucial to stimulating the concerted and coordinated action that will be needed to reverse it. The climate change debate has shown that having a single indicator that’s widely understood - such as species extinction - can be a catalyst for inspiring public support and the demand for policy action.”