Children locked down at home in the UK spend an average of 2.5 hours each day doing schoolwork, new research by UCL Institute of Education (IOE) suggests. 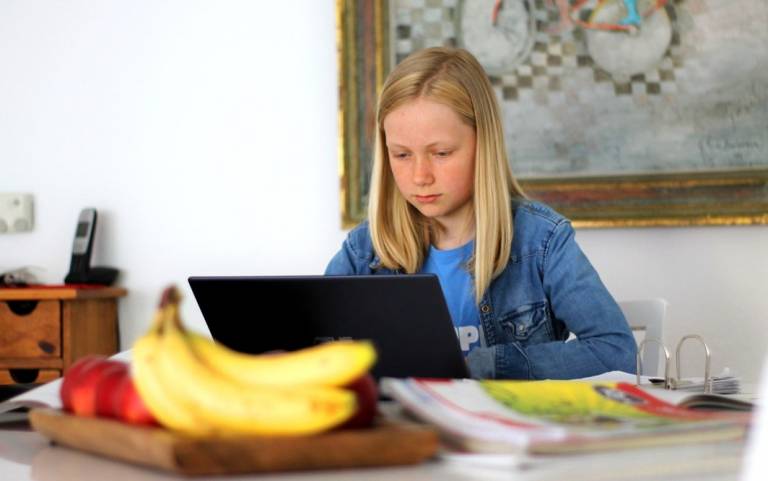 This figure is about half that suggested by a previous survey, implying that learning losses are much greater than previously thought.

In addition, the variability in the amount of schoolwork being done at home is adding to existing regional and socioeconomic inequalities. The study shows one fifth of pupils, which is the equivalent of two million children in the UK, did no schoolwork at home, or less than an hour a day. While 17 per cent put in more than four hours a day.

The working paper, published today by LLAKES, uses data collected in the last two weeks of April from a special online survey of respondents in the Understanding Society panel, a UK Household Longitudinal Study covering 4,559 children from households throughout the UK.

Study lead, Professor Francis Green (UCL Institute of Education), said: “The closure of schools, and their only-partial re-opening, constitute a potential threat to the educational development of a generation of children. This new evidence from the Understanding Society COVID survey paints a gloomy picture of lost schooling and low amounts of schoolwork at home.

“Everyone is losing out in this generation, some much more than others. Better home schoolwork provision, and better still an early safe return to school for as many as possible, should now become a top priority for government.”

In addition to the amount of time spent on schoolwork, each type of schoolwork also varies across the UK. The report shows that pupils in London, the South and East of England and Northern Ireland are receiving more offline schoolwork, such as assignments, worksheets and watching videos, than elsewhere in the UK. In the South East region, for example, 28 per cent of children are receiving four or more pieces of offline schoolwork per day, compared with the countrywide average of 20 per cent.

Offline schoolwork is lowest in the North East of England, where the proportion receiving four or more daily pieces is just nine per cent.

Online teaching is most common in London, with 12.5 per cent of children receiving four or more online lessons or meetings daily, compared with the countrywide average of 7 per cent. The top rate of online provision is especially scarce in Wales, where the proportion is just 2 per cent.

Children from London, the South and the East of England and in Northern Ireland are also spending the most time on their schoolwork.

Children who are eligible for free school meals appear to be additionally disadvantaged during lockdown, with 15 per cent receiving four or more pieces of offline schoolwork compared to 21 per cent of children who are not eligible for support. This difference is reflected in the proportions spending more than four hours on schoolwork: 11 per cent for those on free school meals, 19 per cent among those not eligible.

“We also found that a large proportion of children on free school meals – 20 per cent – have no access to a computer at home. This compares with 7 per cent for other children. The lack of a computer is likely to considerably harm their ability to do schoolwork at home, submit it and have it checked,” added Professor Green.

Gaps in the provision of online lessons and meetings are particularly pronounced between private and state schools: 31 per cent of private schools provided four or more lessons daily, as compared with just 6 per cent in state schools.

The study found that time spent on schoolwork differs between boys and girls: 20 per cent of girls put in four or more hours, compared with 14 per cent of boys. However, this sex difference is also true of homework in normal times.

The report concludes by reinforcing calls for government to give education a much greater priority in the management of the pandemic response, and for this response to include a focus on regional disparities.