With world economic GDP figures estimated to face the biggest drop since 2008, Dr Al’ah Shehabi (UCL Institute for Global Prosperity) explains why new tools are needed for countries to measure their welfare following times of crisis. 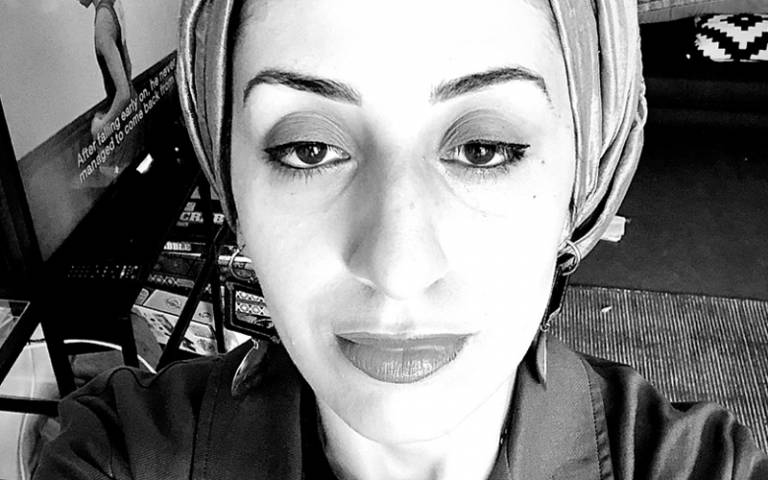 Economies across the world are on course to face the worst fall in GDP figures since 2008. In the UK, GDP fell by 10.4% in the first three months of 2020, and a whopping 20.4% in the month of April, the largest fall since records began in 1997. The Bank of England predicts that GDP will fall by 14% this year, probably more. The IMF has revised downward its forecast for global economic growth from -3% to -4.9% this year.

This is scary. But these GDP figures also hide the deep inequalities that our economic system produces. It confuses the growth of markets and prices with prosperity and value. It is assumed that if we make, consume and sell more things, our welfare and life quality improves. Is this true?

Governments all over the world still mostly rely on the use of GDP for economic planning and to set monetary and fiscal policy. Companies, meanwhile, use it to make investment decisions: choosing who to hire, what to build, borrowing ability, interest rates. Whatever the economy’s recovery looks like – U, a V, W or Nike swoosh – GDP is the main metric that will be tracked, reported and acted on, with enormous implication for our lives.

GDP was itself borne in times of crisis, just after the first world war. Even its inventor, the progressive economist Stephen Kuznets, understood its severe limitations. When tasked with finding a way of measuring total national income, he said: “The welfare of a nation can … scarcely be inferred from a measurement of national income”. Since then, the case against GDP has been made over and over again, particularly after the 2007 financial crash, which demonstrated that macroeconomic data and models failed to reflect the reality of the economy. So why do we still use it?

Recessions cannot be fully captured by GDP – it understates costs on health, the environment, society, community, and trust. This tells us that economic welfare is probably much worse than it is: the models that we use systematically underestimate decreases in wealth and hide widening income disparities that fuel political resentment.

Millions of pounds has gone into research to upgrade these economic models through multiple projects, but they still seem to be failing us.

A recent poll published on behalf of Positive Money showed that 80% of people in the UK believe that health and wellbeing should be prioritised over economic growth. Just 12% opted for economic growth over health and wellbeing. Government targets should reflect this. Some are pushing to get rid of GDP altogether. What is certain is that the compounded crises we face today in health, climate and racial inequality require economic reconfiguration.

GDP is insufficient, distortive, and requires replacement. It ignores social value and the worst tendencies our economic system has produced: inequality and the climate emergency. Because GDP ignores the depreciation of physical and environmental capital goods, we will continue running down our human and natural assets, even if GDP begins to rise.

And what about the pandemic? GDP may not have created coronavirus, but it has certainly determined our capacity to respond to it – just consider how many resources have been misdirected over the years through policies of austerity that used GDP-based metrics to justify reducing government spending.

So how do we measure economic recovery in a way that reflects what matters to us? There are several alternatives. The difficulty is in balancing useful but reductive simplicity versus the complicated reality of what makes a “good life”. Left, liberal and right leaning organisations have all waded in with alternatives.

The main alternative approach that has emerged is to move away from a single metric to a bunch of indicators on a dashboard, such as housing, health, and the environment. This would reflect the multi-dimensionality of prosperity and quality of life. Examples of this include the OECD Better Life Index, UN Human Development Index and its environmentally-inclusive version, the Sustainable Development Index.

A subset of this approach are those that measure prosperity at more local levels, such as the Thriving Places Index. Another approach is to directly ask people about what matters to them. The results include the Happy Planet Index and my own department’s Prosperity Index. These focus on people’s wellbeing and quality of life as they see it.

Another suggestion is to use other single metrics to GDP, like the Genuine Progress Indicator. This includes financial estimates of unpaid household labour, environmental damage and income inequality.

The next step is to embed these metrics into policy, as targets. In 2019, New Zealand did so, launching its “wellbeing budgets”, which include 43 indicators across 12 wellbeing areas such as housing, environment, and social connection. More countries and cities may follow their lead in their pandemic recovery, with Amsterdam leading the way.

Views from the ground

At UCL’s Institute for Global Prosperity, we have been asking people what a good life means for them as the basis of constructing a citizen-led prosperity index. We work with local councils and community groups in several countries to understand what metrics should be used to reflect community needs. These metrics differ from community to community and what gets measured nationally might not be the same as what should get measured locally. Knowing which inequalities exist across given groups can help redistribute resources across and within households.

For example, our data shows that in the area of Hackney Wick in London, childhood development is particularly concerning residents, while in Coventry Cross, housing affordability is of acute concern.

As we recover from the current crisis and reconstruct our economic systems, we need to have a conversation about what we value in life and begin to measure the things that matter. I am not calling for the abandonment of growth, only to abandon the concept of growth that is defined by GDP.

New metrics will force states not to seek to restore GDP without also restoring social equity and ecological equilibrium.