The giant sarsen stones that form the primary architecture of Stonehenge originate from West Woods on the edge of Wiltshire’s Marlborough Downs, according to new research involving UCL. 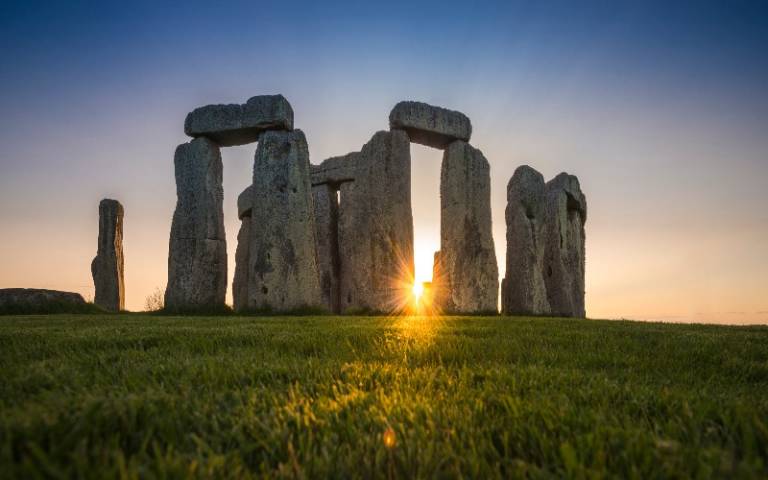 While the smaller ‘bluestones’ near the centre of the monument have been traced to Wales, the origin of the sarsen stones used to construct Stonehenge around 2,500 BC have remained a mystery for over four centuries.

This new study, published in Science Advances, is the first scientific evidence pinpointing the source of the megaliths to West Woods, an area just over 15 miles north of the stone circle site. The woods  are closer than Marlborough Downs, which is 20 miles from the site, and  was previously considered a likely origin point for the sarsens.

Co-author on the study, Professor Mike Parker Pearson (UCL Institute of Archaeology), said: “This settles over 300 years of debate on whether the stones came from around Stonehenge itself or from the Marlborough Downs. West Woods was the location nearest Stonehenge where the largest, most suitable monoliths could be obtained and brought along a relatively easy route without too many obstacles.

“Even so, this was an amazing achievement because of the stones’ considerable weight. Rather than using rollers, it’s most likely the stones would have been mounted on wooden sledges that were pulled along on logs laid as rails.”

Typically weighing 10-30 tonnes and standing up to 7 metres tall, sarsens form all fifteen stones of Stonehenge’s central horseshoe, and the 25 surviving uprights and six lintels of the outer circle, as well as outlying stones such as the Heel Stone, the Slaughter Stone and the Station Stones.

The breakthrough came when a core - drilled from Stonehenge’s ‘Stone 58’ during repair work in the 1950s - was returned to English Heritage from the US last year at the request of one of the employees involved in the site operation, Mr Robert Phillips.

The research team carried out non-destructive testing of all the remaining sarsens at Stonehenge. This revealed that most – including Stone 58 – shared a similar chemistry and came from the same area. Just two sarsens appear to come from a different source, as yet unlocated.

The team then analysed sarsen outcrops from Norfolk to Devon and compared their chemical composition with the chemistry of a piece of the returned core. The opportunity to do a destructive test on the core proved decisive as it showed that the composition of Stone 58 matched the chemistry of sarsens at West Woods, just south of Marlborough.

Lead author, Professor David Nash (University of Brighton), said: “It has been really exciting to harness 21st century science to understand the Neolithic past, and finally answer a question that archaeologists have been debating for centuries. We’re incredibly grateful to the Phillips family for returning the core to us.”

The research was carried out with the Universities of Bournemouth, Reading and Witwaterstand (South Africa), Historic England and English Heritage. The project was funded by the British Academy and the Leverhulme Trust.