Over a million people in the UK have stopped smoking since the start of the Covid-19 pandemic in Britain, with a further 440,000 smokers trying to quit in the same period, finds new analysis by Action on Smoking and Health (ASH) [1]. 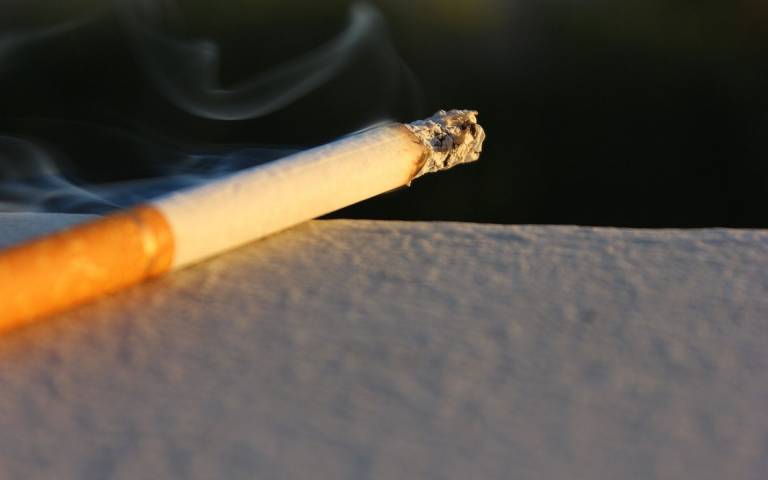 The study is linked to Smoke Free Action, a campaign which encourages smokers to quit. Not only is smoking is the leading cause of preventable illness, causing cancer, heart and lung disease, but smokers who are hospitalised with Covid-19 are also more likely to suffer severe outcomes than non-smokers. Funded by the Department of Health and Social Care, it builds on successful campaigns in the North East and Greater Manchester and will target smokers in localities/local authority areas with the highest rates of smoking.

A team at UCL has also been asking 1700 people a month in England about their smoking habits since 2007 as part of the Smoking Toolkit Study. In the year to June 2020, 7.6% of smokers taking part in the survey quit – the highest proportion since the survey began more than a decade ago.

Professor Jamie Brown (UCL Epidemiology & Health Care and Co-Director of the UCL Tobacco and Alcohol Research Group) said: “An increase in people quitting smoking would be a rare piece of good news from the current crisis. As well as improving their own immediate health, it would relieve pressure on a NHS system likely to be overburdened for some time.

“We now need to establish whether these first results are replicated in other data sources and assess the extent to which this quitting activity translates into a sustained reduction in the numbers of smokers in England.”

The campaign will be running in the parts of the country with the highest rates of smoking, following Quit For Covid, a successful but unfunded campaign which has been rolled out through local authorities and NHS organisation. It calls on smokers of all ages to make a change, but particularly those older smokers who might be more at risk. Smoking related illnesses which have been linked to worse outcomes from Covid-19 include COPD, diabetes, stroke and other heart conditions.

Deborah Arnott, Chief Executive at ASH, said: “Over a million smokers have succeeded in stopping smoking since Covid-19 hit Britain, but that is still nearly five times as many who have carried on smoking. This campaign is designed to encourage those who’ve not yet succeeded, to wake up and decide today is the day to stop smoking.”

[1] The survey was conducted between 15th April and 20th June 2020. It was an online survey using the YouGov panel with 10251 respondents. For more information on the YouGov Covid Tracker see: https://yougov.co.uk/covid-19. Additional analysis was undertaken by Action on Smoking and Health and University College London using ONS population data mid-year 2019 estimates.