Academics have paid tribute to Professor Peter Kirstein, the founder of UCL Computer Science who played a key role in the development of the Internet, following his death at the age of 86. 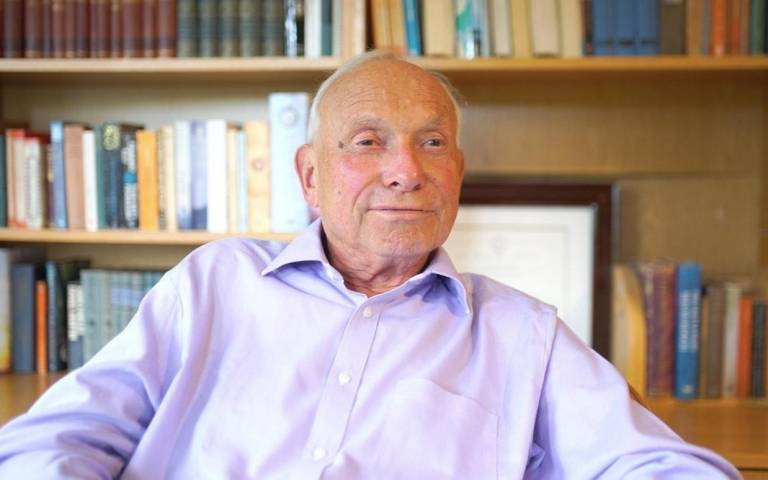 Peter, often described as the father of the European Internet, set up Britain’s first connection to the ARPANET, a precursor to the Internet, at his UCL laboratory in 1973. His research group produced the first European implementation of the Transmission Control Protocol (TCP), which ensures the reliable delivery of data across a network, and working with Stanford University conducted the first international test of TCP/IP. TCP remains the principal protocol for reliable data transfer in use in today’s Internet.

He received the SIGCOMM Award in 1999 for his contribution to the international development of the Internet, was awarded a CBE in 2003 for his work on the Internet, and was named an Internet Hall of Fame Pioneer in 2012.

UCL President & Provost, Professor Michael Arthur, said: “Peter was a giant of computer science, a visionary figure who is widely recognised as the father of the Internet in Europe. He also built a lasting legacy at UCL – not only founding the Department of Computer Science but remaining an inspiring presence at the Department right up until his retirement last year.

“He enriched the lives of so many people at UCL – through his good humour, wisdom, and kindness. He will be sorely missed.”

Professor Nigel Titchener-Hooker, Dean of UCL Engineering, said: "Many tributes will be paid to Peter Kirstein but above all he was a true leader at UCL and across the world. He shared his wisdom broadly and selflessly with his colleagues with a  humility and kindness which was truly humbling. His energy to advance science and understanding in his chosen area of Internet communications was without bounds.

"To all of us he was a shining example and was never slow to support and encourage, but always with the goal of achievement and advancement. He leaves an enormous legacy of excellence in the Faculty of Engineering where his presence will be forever missed."

Professor Steve Hailes, Head of Department for UCL Computer Science, said: “Peter was instrumental in shaping and setting the Department on the course that has seen it become what it is today.

“He was very widely recognised as a pioneer of the early Internet but he also played an important role in the development of network security protocols, video conferencing, multicast, directory services, secure e-mail, certificate authorities, and IPv6. He was instrumental in delivering effective Internet connectivity to the Caucasus and Central Asia as project manager of the SILK project.

“Much of his achievements were undoubtedly down to an incredibly logical mind, coupled with a level of interest, vision and determination that saw him retire only late last year at the age of 86, and only then when he knew he was unwell.

“Peter was also deeply empathetic and sensitive: he was both gentleman and a gentle man, he was a source of encouragement and sage advice, he was persuasive, open-minded, fair and never afraid to learn something new or to admit that he didn’t know.

“He retained a passionate interest in the Department of Computer Science at UCL to the very end of his life, and will be greatly missed by those of us who had the good fortune to know him and work with him.”

The Department of Computer Science announced the Peter Kirstein Lecture Series, which will be held annually, in November.