Student reviews – Ageing and Caring in a Globalised World 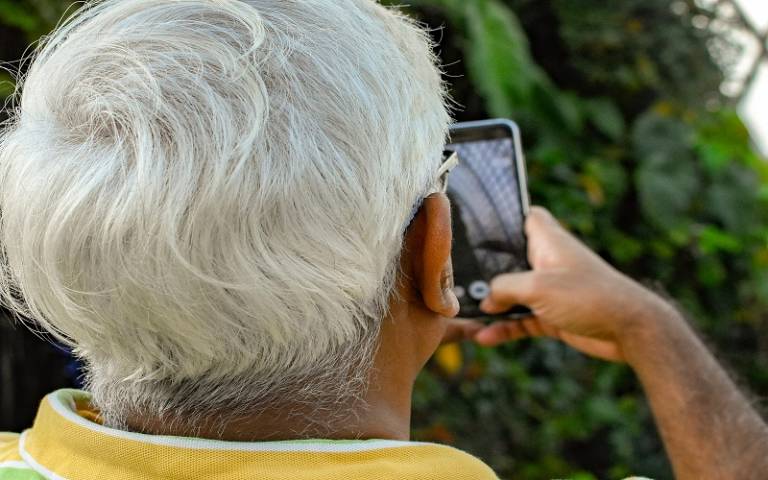 Call your Grandma. That’s the message I took from Ageing and Caring in a Globalised World. Having lost most of my grandparents to dementia, I’m always keen to find out how best we can care for our ageing population, so naturally decided to go along to December’s Lunch Hour Lecture.

The lecture began with an interesting talk from Dr Alexandra Burton of the UCL Department of Psychiatry. She explained that the number of people with dementia from minority ethnic backgrounds is predicted to increase seven-fold by 2050, compared to doubling in the majority population.

Burton’s research looked at the issues elderly South Asian people, the UK’s biggest ethnic minority, face in accepting care. A key barrier she found in her study was culture – in many South Asian communities, it is seen as the family’s responsibility to look after the elderly – not the state. One man interviewed said there wasn’t even a word for ‘care home’ in his language.

The issues raised in the talk resonated with many audience members, who shared their own experiences of facing challenges in accessing care for relatives and spouses. Also discussed was the impact of austerity, since budget cuts mean that local authorities are unlikely to spend time and finances pushing people to accept care.

The lecture then moved on to cybercrime. Older people are disproportionately targeted by cybercriminals as they tend to be less computer literate, according to Dr Kartikeya Tripathi of the Department of Security and Crime Science. When Tripathi’s team looked into victims of cybercrime in Mumbai, they found that elderly people often lose their support network as their children move away, the lack of support resulting from this making elderly people more vulnerable not only to cybercrime, but all types of crime too.

Many elderly victims spoke of the anxiety around losing life-savings to online scams, which led them to withdraw from online activities. Others were ashamed of losing so much money, especially in the case of ‘romance scams’. Tripathi said tackling the stigma around cybercrime would be the best way to get more people to reporting their experiences with scams.

If there’s anything you should be taking away from this, it’s to call your grandparents – remind them when it’s time to change their online banking passwords, and, lastly, ask them how they feel about their care.