Smokers today show fewer signs of dependence than a decade ago but are less inclined to try to stop smoking, according to a study led by researchers at UCL. 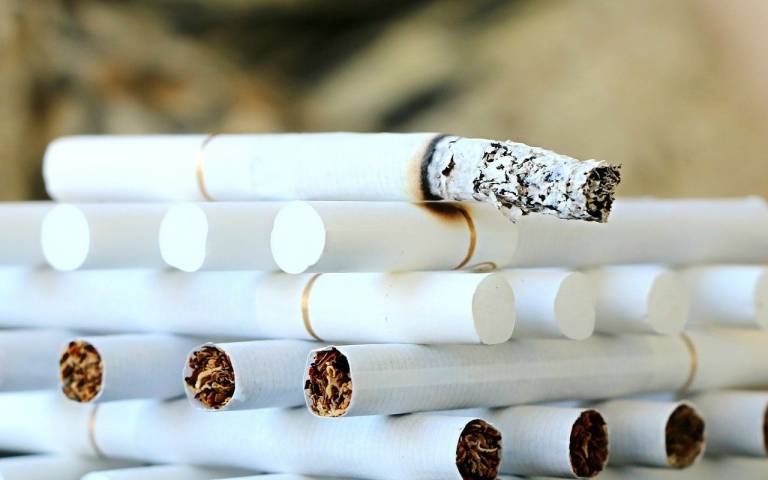 The study, published in the scientific journal Addiction, analaysed data from 41,610 smokers in England.

The findings show smokers consume fewer cigarettes per day (an average of 10.9 in 2017 compared with 13.6 in 2008) and fewer of them smoke within an hour of waking up each day. The proportion who do not smoke every day has gone up from 9.1% to 13.4%. This goes against a popularly held view that as smoking prevalence has gone down, the remaining smokers are more dependent. The proportion of smokers who tried to stop smoking in the past year has declined from 37.0% to 29.9%.

Researchers also found that the proportion smoking roll-your-own cigarettes has increased from 35.3% to 50.7% and the proportion who are trying to cut down how much they smoke has declined from 56.1% to 47.9%.

Lead author, Dr Claire Garnett (UCL Department of Behavioural Science & Health), commented: “The decline in the proportion of smokers trying to quit or cut down is a worrying trend and may reflect budget cuts on tobacco control, including mass media expenditure and stop smoking services. These are known to be effective and it is a false economy to be cutting back on these.”

Kruti Shrotri, Cancer Research UK's tobacco control manager, said: "It's concerning that smokers are now less motivated to quit than a decade ago.

"Mass media campaigns such as Stoptober and January Health Harms are vital in encouraging people to quit smoking but have seen significant budget cuts in recent years. The Government must invest more in these health campaigns to save lives from cancers that could have been prevented."