Student Reviews – Nazi Persecution and the Quest for Justice 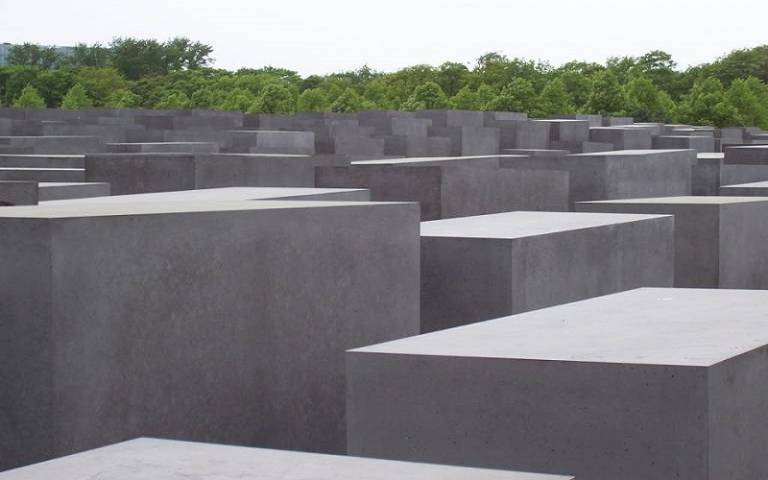 Content warning: This review contains details about the Holocaust that some readers may find distressing.

A crammed lecture theatre of attendees was gathered on a Thursday afternoon in January to hear Professor Mary Fulbrook, Dean of the Faculty of Social and Historical Sciences at UCL and winner of the 2019 Wolfson History Prize, deliver the 2020 Holocaust Memorial Lecture at UCL.

In her talk, Professor Fulbrook showed how the Holocaust became possible – not just through a small band of soldiers who carried out executions, but also through a wider machinery of persecution. This persecution, which began with the normalisation and othering of Jewish people and other groups, grew with the resignation and inaction of the wider public and ended with mass murder.

One pivotal moment in the lead-up to the Holocaust was 'Kristallnacht' ('The Night of the Broken Glass'). In 1938, Nazi soldiers started a violent riot against Jewish people, burning synagogues, ransacking Jewish businesses and taking 30,000 Jewish men to be incarcerated in concentration camps.

Professor Fulbrook explained that the Nazis learnt two things from Kristallnacht: firstly, that many people would actively participate in the riots, and secondly – and most importantly – that those who were opposed to the violence would not or could not take collective action against the soldiers. Once you have inaction, she explained, it is the beginning of the end.

For survivors of the Holocaust, who faced many difficulties in accessing justice, suffering did not end after the war was over. Nazi judges, policemen, and civil servants took back their old jobs in West Germany, in some cases presiding over the trials of their former colleagues. 99 per cent of people who had murdered Jews were never brought to trial.

A particularly chilling case was that of Walter Thormeyer, a member of the Gestapo. Thormeyer'd had a Jewish mistress during the war, a crime of ‘racial defilement’ under Nazi law. Knowing that he was about to be discovered, he took her out into the fields and shot her dead. Decades later, he was sentenced to only twelve years for murder. The judge defended his decision by arguing that Thormeyer had shown mercy in not telling his mistress she was about to be executed.

Just an hour of listening to Professor Fulbrook’s research was enough to leave me in a daze for the rest of the day. Anyone who devotes their life to understanding the Holocaust deserves not only our respect, but our undivided attention.