Full cost of California’s wildfires to the US revealed

California’s 2018 wildfires cost the US economy $148.5bn (£110bn) (0.7% of the country’s annual GDP), of which $45.9bn was lost outside the state, according to researchers from universities including UCL. 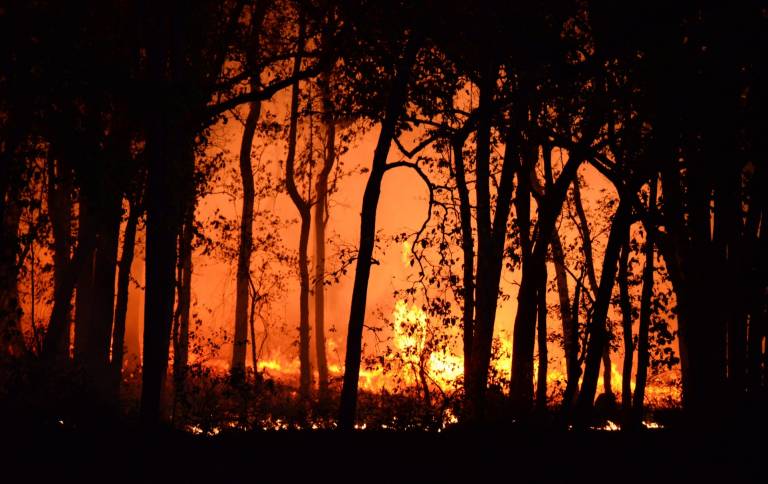 More than 8,500 separate fires burned during 2018 in California, making them the deadliest and most destructive of any year in the state’s history. The state itself incurred damages of $102.6bn, roughly 0.5% of the US’s annual GDP. While capital losses and health costs within California totalled $59.9bn, indirect losses through economic disruption to 80 industry sectors within the state came to $42.7bn.

The US economy also suffered an additional $45.9bn in indirect losses outside California, due to economic links between California and the rest of the US.

For the paper, published today in Nature Sustainability, academics from UCL, the University of California, Irvine, China’s Tsinghua University and Shanghai University of Finance and Economics combined physical, epidemiological and economic models to gain a more comprehensive understanding of the impact of the blazes.

“The broader impacts of these climate driven wildfires are not only bigger than prior studies have estimated, but also more widely dispersed, including sizeable cascading impacts via supply chains to outside of the state,” explained lead author Professor Dabo Guan (UCL Bartlett School of Construction & Project Management and Tsinghua University).

“While the deadliest wildfires destroyed many houses and other physical infrastructure, the air pollution triggered caused a great burden to people’s health. Productivities were therefore reduced due to sickness in California. The slowdown in production caused ripple effects to economic supply chains within California as well as the other 49 states and internationally”.

“We were able to sketch a more comprehensive picture about economic losses due to the wildfires, but we cannot measure people’s psychological trauma and other social impact, and I am sure that is more profound than the economic cost.”

Satellite images of the fires showed trails of smoke spanning large areas of California, creating difficult and hazardous breathing conditions for communities hundreds of miles from the fires.

Power transmission was affected, as well as road and rail freight transport, pipelines and other infrastructure dependent sectors. The researchers found that a majority of economic impacts were felt by industries and locations far from the fires, and that nearly a third of the total losses were outside California.

Co-author Professor Steve Davis (UCI Earth System Science) said: “When insurance companies, policy makers and even the media assess damage from California’s wildfires, they focus on loss of life and direct destruction of physical infrastructure which, while important, is not the whole picture.

“We tried to take a more holistic approach for this project by including a number of other factors such as the ill effects on the health of people living far away and the disruption of supply chains.”

Climate change, land and fire management, population and economic growth plus an increase in human settlements in areas prone to wildfires have combined to increase the frequency and severity of wildfires in the Western US over the last few decades.

The team hopes that recognising the full effect of the wildfires’ economic footprint may influence decision making about land and forest management, fire suppression efforts and human development.

For example, focusing fire prevention efforts on areas typically upwind of major population centres or near important infrastructure could reduce impact and costs resulting from fires.