Two UCL scientists who tragically died within months of each other in 2013 have had bays in Antarctica named after them in recognition of their contributions to Antarctic science. 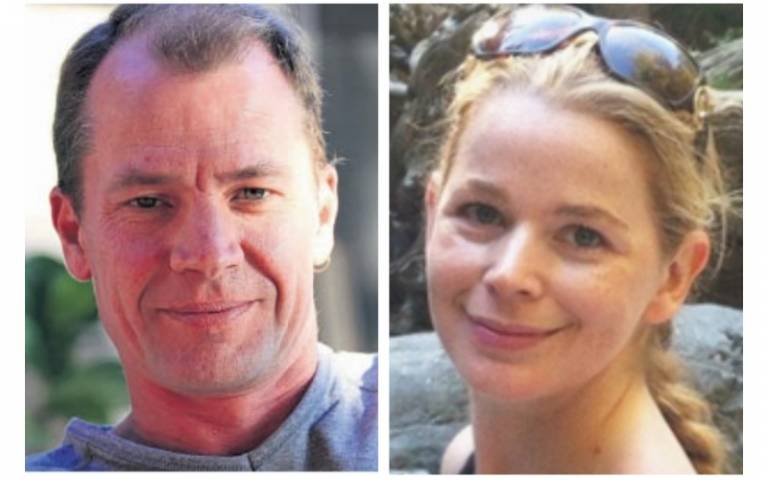 Dr Katharine Giles and Professor Seymour Laxon, who were prominent sea ice scientists, have been honoured with place names on Renaud Island, part of the Biscoe Islands in the British Antarctic Territory.

They are among 28 leading UK researchers and explorers recognised in this way by the Government of the British Antarctic Territory.

The place names honour those who have made an exceptional contribution to furthering the understanding, protection and management of Antarctica over the last 50 years, and whose achievements warrant highlighting alongside those of the early explorers.

Professor Laxon was Director of the Centre for Polar Observation and Modelling at UCL. His research pioneered the use of satellite altimetry to measure sea ice thickness and surface circulation in the Arctic Ocean. His work provided evidence that led to the development of the European Space Agency’s CryoSat mission, a satellite monitoring polar ice.

Dr Giles, a Lecturer at UCL, carried out ground-breaking research into sea ice, ocean circulation and wind patterns and, with Professor Laxon, pioneered the use of satellite altimetry to measure the thickness of Arctic and Antarctic sea ice. She was also a passionate science communicator and, since 2015, the Association of British Science Writers has awarded the annual Dr Katharine Giles science blog prize in her honour.

Dr Fiona Strawbridge, Professor Laxon’s partner who is now Head of Digital Education at UCL Information Services Division, said: “I was both delighted and moved when I heard about this tribute to Seymour and Katharine. It’s wonderful to know that their contributions to polar science have been recognised in such a unique and lasting way. Seymour had worked in the Arctic and had wanted to visit the Antarctic but of course that was not to be.

“When I heard about Laxon Bay I did worry that our 13-year-old daughter might want to visit it in person, but to my relief she seems to appreciate the logistical challenges involved and is simply proud of her dad’s scientific legacy, and happy to have their name on a map.”

Professor Chris Rapley (UCL Earth Sciences), former Director of the British Antarctic Survey, said: “The heroic age of Antarctic physical exploration ended long ago. But a second dawn emerged in the 1990s, with the advent of polar orbiting satellites carrying instruments tuned to the ice. Seymour and Katharine were pioneers of that thrilling era – each opening up new windows on the Earth's frozen poles, allowing them for the first time to be explored in their entirety. How appropriate that in future those instruments will pass over landmarks named in their honour.”

This year’s place-names mark the 200th anniversary of the discovery of the Antarctic by Russian, British and American explorers in 1820. Two other academics who have been honoured with Antarctic place names, Professor Helen Fricker and Professor Jonathan Bamber, also have links to UCL, conducting early-career research as an undergraduate and post-doctoral researcher respectively.

The UK Committee for Antarctic Place-Names provides advice on place-naming in the British Antarctic Territory, using agreed international principles and procedures.  Features are identified where naming is necessary for scientific, logistical or management purposes. Giles Bay is on the northern side of Renaud Island, while Laxon Bay is on its west coast. 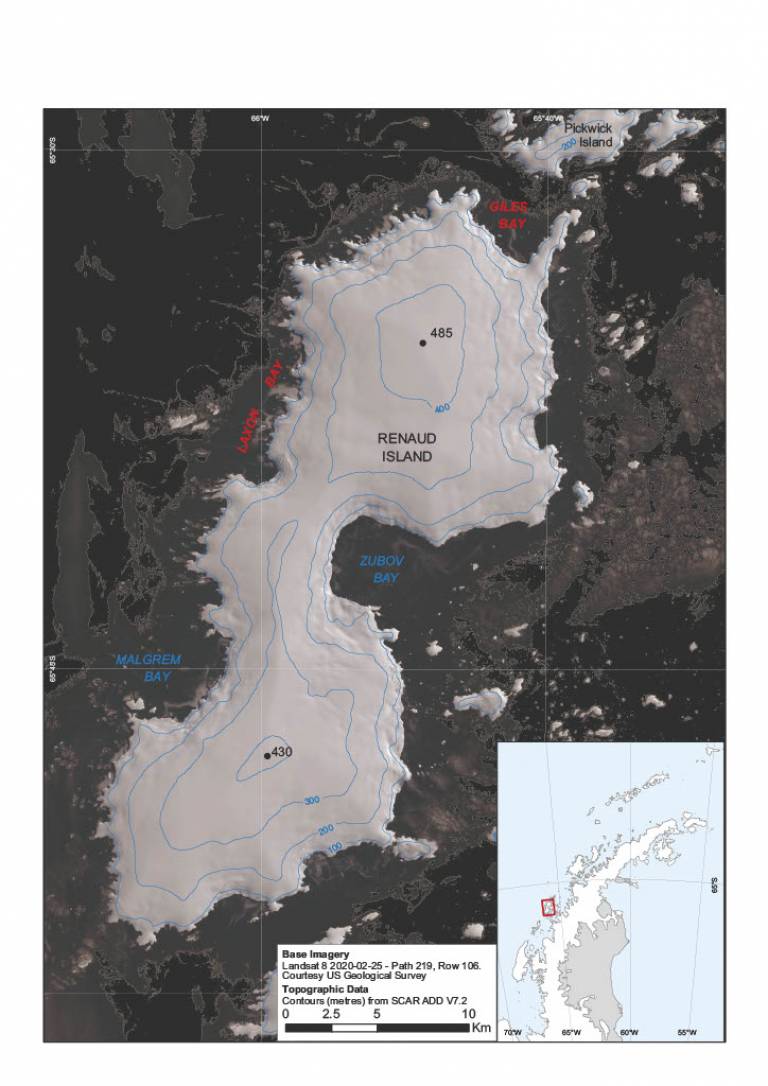 Dr Michel Tsamados (UCL Earth Sciences) said: "Seymour and Katharine led the development at UCL of modern polar remote sensing of sea ice with significant contributions to polar oceanography. Seymour produced the first sea ice thickness map from space and his work paved the way to the revolutionary ESA CryoSat-2 satellite mission that just celebrated its 10th anniversary. Katharine made important discoveries in polar oceanography including on the evolution of the Arctic and Antarctic gyres.

“Katharine and Seymour were an inspiration to the scientific community with many active international projects directly connected to their early work and ideas. They would be proud to see that CryoSat-2 is still in operation and that their work has allowed a golden era of polar remote sensing with the recent launch of NASA's ICESat-2, with the European constellation of operational radar altimeters (Sentinel-3) and with ESA's future mission CRISTAL. The newly named Giles and Laxon Bays in Antarctica are a fitting tribute to two outstanding individuals."

Dr Rosemary Willatt (UCL Earth Sciences) said: “Seymour and Katharine used satellite data to explore and investigate the inhospitable, inaccessible polar regions which play a key role in climate change – each making new discoveries. They fostered collaborations across the world, as well as new generations of scientists at CPOM and beyond.

“Seymour and Katharine will always be remembered in the polar science community as individuals, and for their science, and we will now see their names put on the map in the polar regions they were so inspired and fascinated by."

Professor Sir Duncan Wingham (UCL Earth Sciences), Executive Chair of the Natural Environment Research Council, said: “My congratulations to all those who have been honoured by place names in Antarctica. Each of those named have made an outstanding contribution to our understanding of the continent over the last 50 years, and it is great to see their work recognised in this way.

“It’s particularly heart-warming to see my personal colleagues at UCL, Seymour Laxon and Katherine Giles among those honoured, both tragically taken from us in accidents in 2013, and for whom this will be a splendid memorial.”